I was changing my timing belt and had about 3 bolts snap off. 2 for the hydraulic tensioner and 1 for the tensioner. I just ordered this and hope that it will work well. Is there any tips you can give me to help ensure that O can get these bolts out?

You are on the right track. Removing broken bolts is a PITA. Spray them liberally with PB Blaster a few hours before trying to work on them. Also consider getting reverse twist bits. Sometimes drilling the pilot hole with a reverse bit runs the broken bolt out. 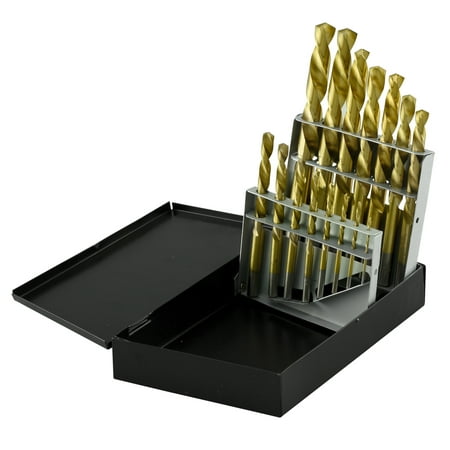 Oldest trick in the book.

If I had 3 broken bolts in that engine compartment area of my Corolla I wouldn’t even try to do it myself. That’s a big job and its going to be very frustrating to do. There’s a chance you’ll injure yourself, or damage something on the car now not damaged in the process, making things worse instead of better. Instead I’d tow the car to the local auto machine shop and let them get the bolts out. They’ll have the tools and experience to get a problem like this solved in a jiffy. Likelly they’ll use the welding a nut to the stud technique Tester suggests above. If you follow this advice, good opportunity at the same time to ask the shop why it happened and what you can do next time to increase your odds it won’t.

If you decide to use a bolt extractor, the best bolt extractor kit I’ve seen, besides the extractor gadget itself, it included the proper size forward drill bit to use, a reverse drill bit, and a bit that sort of looks like a differential pinion gear, sort of like a pineapple in other words. That one grinds a shallow bowl shaped depression centered on the bolt, which makes it much easier to drill the hole for the bolt extractor in the proper location, right in the center of the bolt.

I can’t get the picture big enough to really see what they are but I have broken the dang extractors off in the hole and then you have a real mess. I like the reverse bit but the best way is to weld a nut to what remains if possible. I did that with the old front mounted water pump bolt that broke off and worked fine.