Recently, we were discussing the Isetta, which was made by several manufacturers, including BMW.
I found this ad, which tells you why you should buy one… 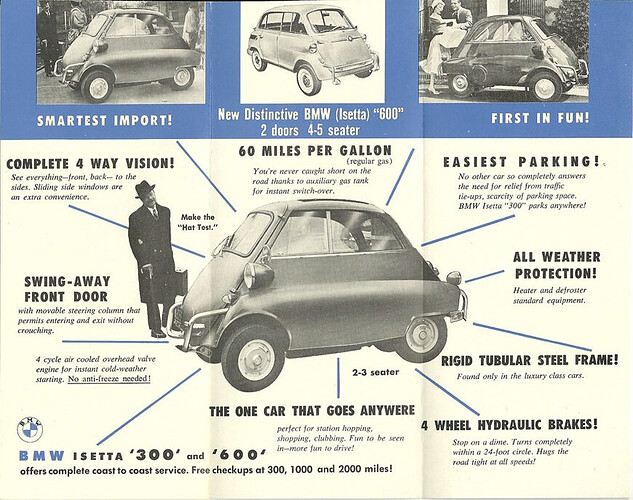 … and this one. Who knew that it had a gas tank that “never runs dry”? 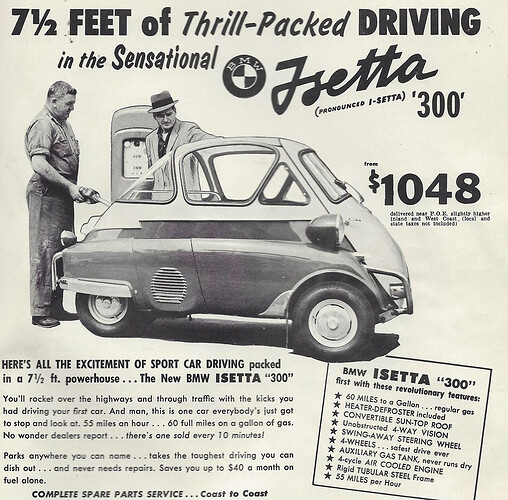 Yes, just imagine… a car that comes complete with four wheels!
Luckily for the driver and passenger, that incredible advancement in engineering made for the “safest drive ever”.

I can’t even imagine one of those here in OK in the summertime. A 108 degrees with high humidity and no A/C along with cramped quarters and a lot of glass. Probably be passed out from heat stroke before the first free checkup.

That way you won’t be worried in the seconds before you are flattened by a 58 Buick.

You can see out the front, back, and the sides?
Four wheels?
and to literally top it off; a roof?

What a time to be alive

Most cars in that size were the three wheel mini cars. The way I’ve seen some of those three wheel cars handle, four wheels was a big improvement.

Those were the “good old days” before truth-in-advertising laws. Even such paragons of “reliability” as the Chevette and 1980’s Cavalier were vastly superior to this toy.

The Isetta came with 3 wheels in England, for tax advantages. 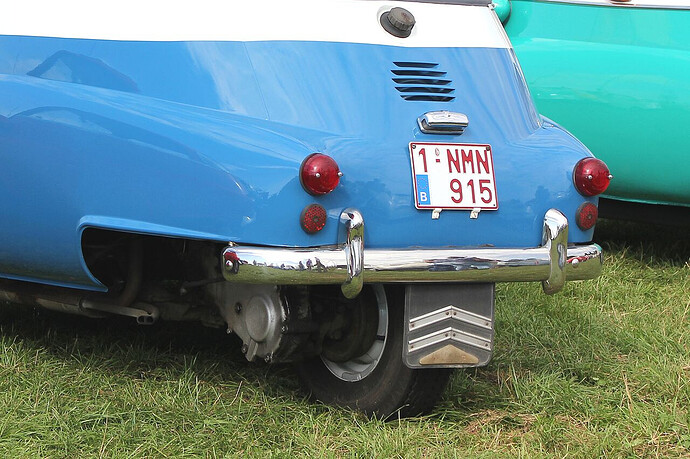 This was long before BMW became purveyors of “The ultimate driving machine”.

In that era, BMW was still struggling to survive, and they had competition from East Germany, where the Commies continued to build pre-war BMW designs, with an EMW badge.

Those were the “good old days” before truth-in-advertising laws.

I know, right. The Isetta wasn’t a truly go anywhere car, that title was for a different vehicle altogether, the veritable Peel P50.
With such features from this ad(hopefully they show for everyone else) as armchair seating and saloon car protection 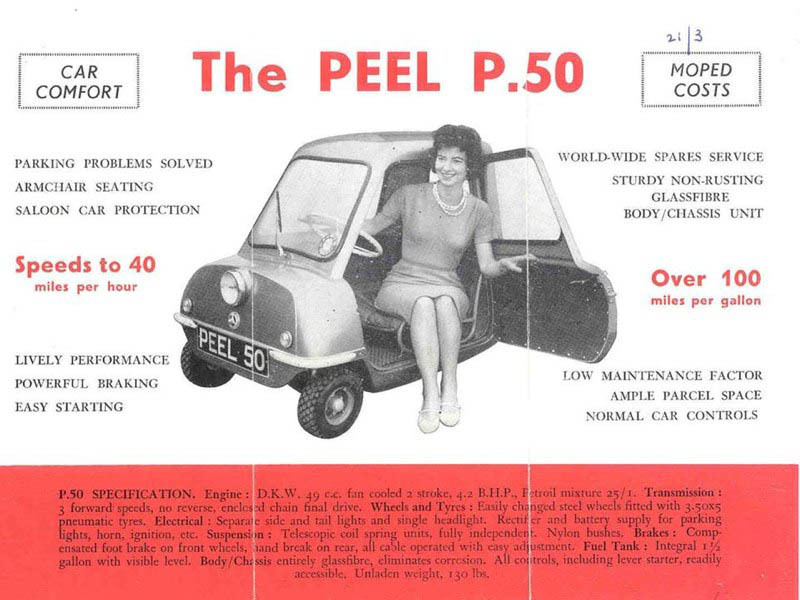 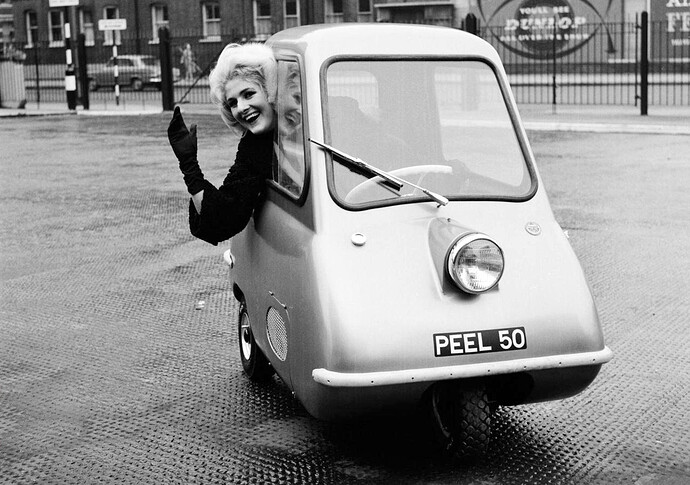 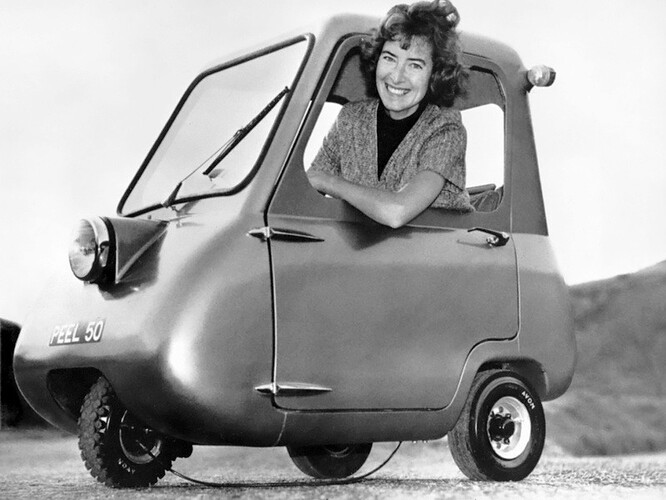 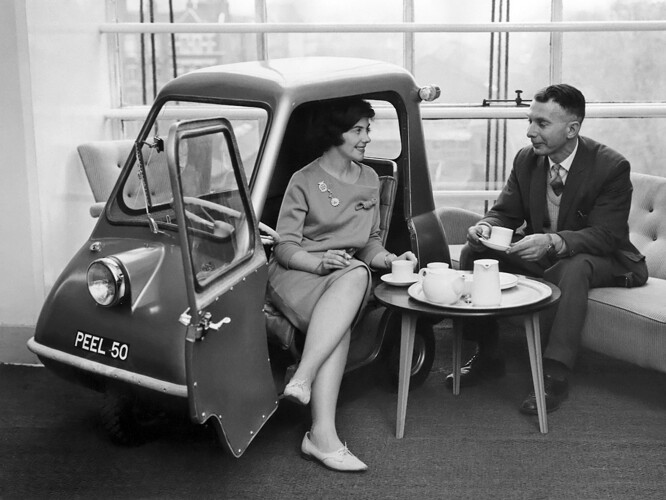 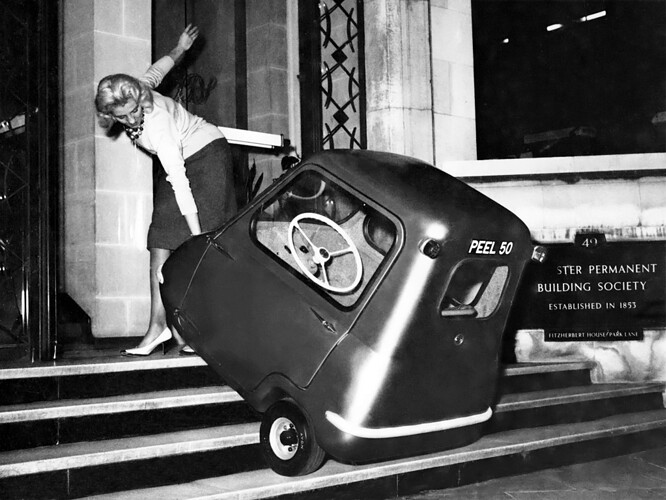 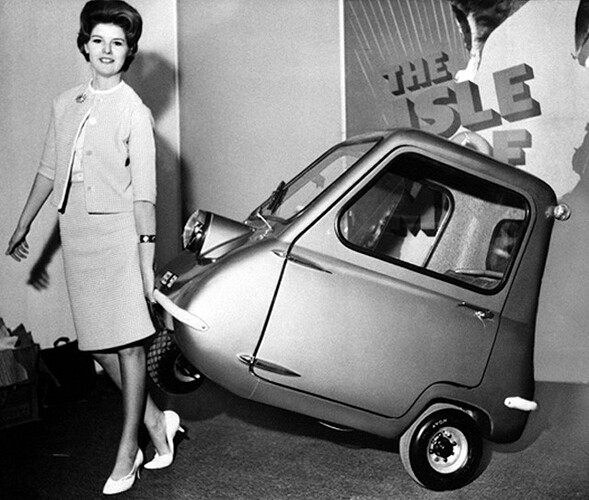 I know the Isetta that a friend and I picked up one end and wheeled into a different parking lot in Kenmore NY was a 3 Wheeler.

Those were the “good old days” before truth-in-advertising laws.

+1
Somehow, talking about “rocketing over the highway” in a vehicle with a top speed (if anyone dared

Don’t forget the Daf. And there was a similar Fiat. A dealer in Cinncinnati gave me the Fiat for a couple of hours while waiting for them to replace the V8 valve rockers in my new 55 Cheve.

4.2 BHP ! One of the pictures shows what I think is a “break” (as they said in the ad) dragging on the ground. With those brakes you might have had to drag your foot on the ground!

I remember the DAF. I saw one at the NY auto show in the late 1950s or early 60s and was intrigued by the continuously variable transmission that I think was unique in passenger cars then. It was small and I believe it was Dutch. I’m trying to remember other things that intrigued me but they are not coming back. I think I tried to interest my Dad in one to use to go to the train station.

If I remember right, that Peel had no reverse gear. You had to pick it up by the front bumper and spin it around.

But hey, why limit ourselves to micro cars? How about a micro van? 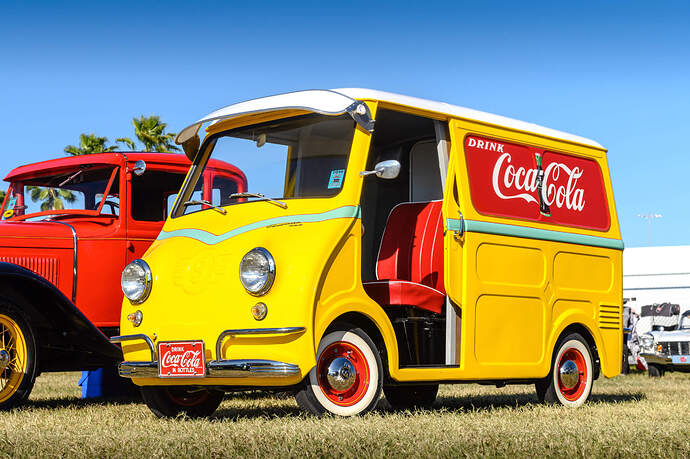 The Goggomobil Transporter TL. Had a 400cc 2 stroke rear engine which delivered something like 9 horsepower.

No Reverse gear on the Peel, as it was shown on Top Gear. Good thing it’s light