When I went to pick up my Ford Pickup after it took the shop almost a month to replace the transmission, I asked if I could drive test drive it around the block. More on that later. This shop was highly rated by reviewers on the net. Their price did go up slightly as their were more repairs necessary than they originally estimated but it was still within the average cost for those repairs. The problem was that it took a month longer than expected because they said they had to wait two weeks for a part that needed to be machined which then failed to work anyway, then their supplier sent them a ‘bad or wrong’ transmission, and finally, it took another week get the ‘correct’ transmission to put in the replacement, the rear main seal, and a dpfe sensor, and cut and repair the exhaust to get to the repairs. In the meantime, I had to rent a car and ride a bike to get around (until the final ten days when they decided to give me a nice loaner car). In the meantime, they never took the initiative to call me with updates about the repair, I had to call them. So, when I went to pickup my vehicle, I asked if I could test drive it before driving it home. I told them that it was a major repair and cost me a lot of money and I’d ask to test it no matter how much I trusted them. They were offended and acted as if I doubted their credibility. Did I do something wrong? Are you allowed to test drive your car before paying for a major repair?

It may not have been the polite thing to do, but I don’t blame you for it.

Thank you for responding. I agree that I wasn’t as polite as I could have been but I have unfortunately acquired a lack of trust of mechanics over the years (stolen or replaced parts from my vehicle, forgotten to tighten or replace caps, etc.

The “funny” thing about it was that they didn’t “trust” me to drive my truck around the block or the parking lot by myself (even though I had taken very good care of their loaner car for ten days–I cleaned it twice and left it with more gas than they gave me). They knew where I lived and had already taken a substantial deposit on my credit card. We were talking about a $2300 repair and this is my only vehicle. The mechanic was quite testy with me on the test drive. I wanted to discuss other repairs that are pending and now I am not so sure I want to deal with him. 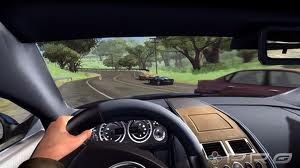 Test Driving Before and After an Auto Repair

When you bring your car into a shop for repair, there are instances when test driving is crucial before and after the repair. Why? If a pr...

Apparently there were multiple things leading you to do this, not the least of which was their lack of communication with you. While I agree that it may not have been the most polite thing to do, there’s no reason for them to be overtly testy or angry with you. They did have your credit card information, and if you just ran off and didn’t pay, they could have just charged you, anyway, and been justified in doing it.

If you’ve decided you don’t trust them now, simply find another mechanic. Ask friends and workmates about who they use, and who they trust. You can also check things like Angie’s list.

Thank you for you reply. When a part is replaced, I have always inpected the repair and tested the vehicle on almost any mechanical repair afterwards especially at a small Mom and Pop shop which this was. Unfortunately, I don’t trust mechanics 100% which makes me an impolite jerk. However, when it comes to things like my life, my money, and my transportation. I am overly careful. The lack of communication on their part did irritate me. I needed to know when and if my vehicle was going to be repaired to determine how long I would need to rent a car. Neither of the women at the office could answer questions about the status of the repair when I called. They always had to get back to me and one would tell me something different from the other. The fact that the final bill was not itemized in detail nor was it adequately explained to me and that it was slightly higher than I expected. The labor costs were much higher than the parts. The fact that the job was not completed on time–it took about four weeks longer than it should have made me want to make sure it worked. I realize the mechanic wanted to make sure it was done right. He probably did a great job and that it cost him more labor hours than it should have. So far, the truck seems to be running alright. The only odd thing is that the gear indicator is shifted right slightly. Anywho, I just wanted to know if I had the right to ask for a post-repair test drive before paying.

In short, I think you did NOTHING wrong! Lomg story anyone??? 3 years ago, I bought a 1993 Chevy Silverado pickup, site unseen, from Craigslist, 4000 miles away in Bend Oregon, and after having it shippped to a shipping terminal 150 miles away and picking it up there, and towing my Corvair chase vehicle back, I didn’t drive it for 2 years. (I collect vehicles, OK< I admit it, I’m addicted). Anyways, last summer I drove it 4000 miles to Cedar Rapids Iowa (to a Corvair convention) after changing the tranny oil, (and many other parts), and on the way back it lost overdrive, and I limped the last 200 miles home. I also picked up that same Corvair convertible which I had towed to Indiana two years earlier) (in Indiana), (it needed an engine rebuild) So, I had a friend in Idaho selling the identical pickup, diesel 4x4, 1 owner, and a few less miles, meticulously maintained, so I struck a deal with a young friend that had been bugging me to buy my truck. I told him the tranny may need a new sensor, or it could be shot. He changed the TPS (throttle position sensor controls shifting), it didn’t help, and he dropped the tranny himself, and I found him a rebuilt on Ebay from a reputable shop for $1400 delivered, using all new quality parts, not some junk cheapo full of good (who knows?) used or China parts. A local shop quoted $1,800 carry out, but a new shop had just opened, and I asked him if he’s match the $1300, using ALL new parts. He said he would, and he tore the old tranny apart in front of my eyes. It turned out to be a GM (authorized) rebuild, so the theory I had heard about trannies lasting 150k was true. BTW, The truck has 283k. (But always very well maintained, and runs great!) Anyhow, the shop put in WAY more new parts than either of us expected, and my friend ended up not being able to re-install the tranny, so he towed the truck the 40 miles to the shop, and the guy had to change something my friend buggered up forcing in the tranny. (I never found out if it was the torque converter or the pump), but the shop didn’t charge for the extra 4 hours labour, or the part, and the trannny shifts great! So… who’d ever think to prtect themselves from situations that could only arise AFTER the time has elapsed, or the momey has been spent? Angies list or this forum rite here is a great place to sound off. BTW, my wife and I do apartment rentals, and we’re cautious about leaving a bad taste in peoples mouths which can find their way to the internet! You can see the tranny being torn apart, and other Corvair antics on youtube/corvairwild (That’s me!)http://www.youtube.com/watch?v=4NSEIfSziMQ

Sorry about the spelling mistakes, and miss-placed commas, I’m rushing to go ride my Harley for the 1st time this year, it’s GORGEOUS outside!