Suggest an old car for me

I’ve had trouble with my 2007 Ford Taurus. I have become fed up with the fact that modern cars have too much under the hood to go wrong which causes a diagnosis for somewhat vague problems nearly impossible.

without getting into my current problem, just know that I am seriously considering going the technophobe path and getting something older without so much muck under the hood.

looking for some suggestions on reliable older cars. let’s see what you all come up with and whether any fights ensue.

How about a '70s era Dodge Dart or Plymouth Valiant?
The slant-six is nearly indestructible, as is the TorqueFlight transmission.

If you can find one with no rust damage that has been very well-maintained, it could be a reasonably reliable vehicle–as long as you can adjust your driving style to brakes that are not up to modern standards and fuel economy that is just so-so by modern standards. And, of course, it would need maintenance more frequently than a modern car.

When you start looking at this age range, the exact model becomes less important. You should think about how much time you want to spend every week on repair/maintenance; that will be a good indication of how old you can go. The older you go, the more frequent attention the car will need (so… repairs will be more frequent but easier when compared to a new car). You can also expect poor fuel economy.

If I were looking for a simple-to-repair car, I would look for something with the following features:

I would look at models such as:

Early 90s Ford escort or similar (I know… this doesn’t meet the criteria above and is considerably more complicated, but they seem to have good longevity and are still comparatively easy to repair).

When new, some cars from 30 years ago were a lot better than others. After 30 years of use, though, I think you will find that they pretty much all have similar numbers of problems.

Sorry, but I think you’re taking the wrong approach. Modern cars are actually MUCH more reliable than older cars, and if your mechanic can’t diagnose a problem you should replace the mechanic, not the car.

You’d have to go back to the 1960s to find a car without any “muck” under the hood, and you’d be sacrificing all the safety features that have been developed since then.

Not a good trade-off, in my opinion.

If you insist in following this path, I agree with VDCdriver. An old Valiant or Dart is a good choice. I owned three of them in the past, and they were virtually trouble-free.

But I wouldn’t want to drive one every day in modern traffic.

In order for you to find a vehicle from the pre-computer era that’s going to be reliable you’ll need a vehicle that’s been completely restored. If not then you can forget anything reliable. And a complete restore is going to cost you a bundle…Probably as much if not more then a new car will cost. Just a couple of weeks ago the show “Pawn Stars” restored a 56 Chevy for the “Old Man”. Just the cost to restore this vehicle was $70k. Now I’m sure you can restore a vehicle cheaper…but it’s still going to be very very expensive.

Even if the older cars are easier to work on, I’d never trade the performance, reliability, and safety of today’s cars just for that reason.

Out of the frying pan, into the fires of Hell…like McP said, find a new mechanic. New cars are so much better in so many ways, including reliability, maintenance, comfort, economy, handling, and (very important) SAFETY.

I bet if you carefully and fully describe your problem we might have some ideas.

The “cars” with the oldest proven technology that works are pick up trucks. It has been that way for decades as the competition demands it. You want reliability, basics and parts ? Older Fords and Chevys and my favorite, an older Toyota compact PU. No frills, no fuss but no ride and little collision protection or emergency handling. I love em but your back has to become accustomed to the poor seating (comparably) and ride.

Extended cab 2wd is the closest to carlike as you can get with these basic and simple transportation vehicles. An old Checker cab is a thought too.

“Modern cars are actually MUCH more reliable than older cars, and if your mechanic can’t diagnose a problem you should replace the mechanic, not the car.”

No matter which decade you choose to select an older car, you will end up with something less reliable than the modern models available.

If you insist on going down this road, check out Chevy Cavaliers made in the last 15 years. The engines were basically 1980s technology in a 1990s car body. Unfortunately, they have always been favored by people who don’t have a lot of money, so finding one that was well taken care of won’t be easy.

I suggest that you find a new or nearly new small economy car. It will have good crash resistance, excellent fuel economy, outstanding reliability compared to any old car, and few of the electronic extras that might break one day. You can still get hand crank windows.

If you don’t want to spend time under the hood, buy a brand new car. Older cards are easier to work on because they needed a constant vigil to keep them running. And don’t even get us started on safety issues… 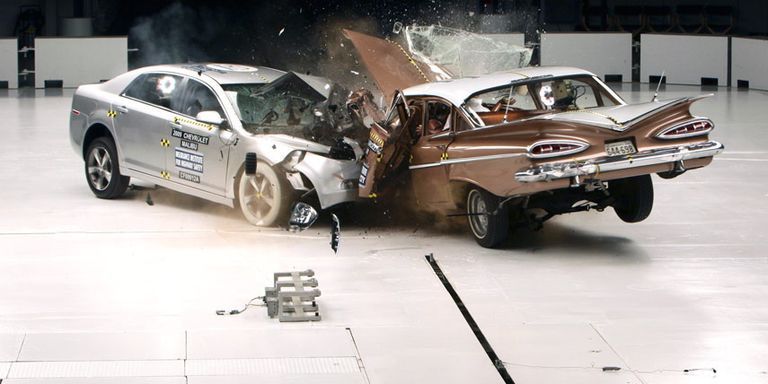 23 Ways Your Car Is Better Than Your Dad's

It's a good thing they don't make cars the way they used to. Though we may be nostalgic for the curvaceous designs or simpler mechanics of the great cars of the past, the fact is that today's cars are better than they've ever been.