Stick A Fork In Chrysler!

The merger should conclude in the first quarter of 2021 as part of Peugeot's plan to return to the U.S. market.

I was ready to stick a fork in Chrysler 15 years ago when my friend bought one and trim pieces literally fell off the car. 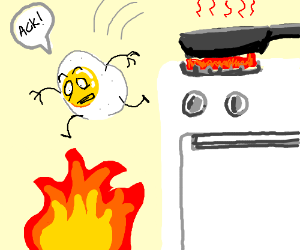 I imagine the Chrysler name will live on a while at the dealerships, but if they don’t have a replacement for the 300 and the Pacifica it’ll go away…

What a sad ending to a once proud company. All through the ages, stupid business decisions have been made. So instead of a recognizable trade mark like Chrysler, Fiat, or even Peugeot, they pick a name that you need a Latin background to understand. Kind of reminds me when the focus groups picked the “new Coke” as a winner.

“What kinda truck is that there boy? Oh it’s a new Stellantis. Huh?”

The local dealer is already moving to Jeep only, once that last Pacifica gets sold.

The dealer 25 miles to the south of us finally unloaded their last Fiat awhile back(I believe they had to sell FIat’s to get the rest of the franchise). Their sole Chrysler inventory is a handful of Pacifica’s/Voyagers.

The years go by quickly, Chrysler Corporation went away in 1998, became DaimlerChrysler.

In 2007 it was purchased by Cerberus Capitol Management, became Chrysler LLC, perhaps that didn’t make the news.

In 2014 the Fiat purchase was finalized, became Fiat Chrysler Automobiles.

“What kinda truck is that there boy? Oh it’s a new Stellantis. Huh?”

A Ram will always be a Ram even if the new corporate name is Jack the Ripper.

The local dealer is already moving to Jeep only, once that last Pacifica gets sold.

The Chrysler-Dodge-Jeep-Ram dealer down the street is short on space, only 4 acres so they built a Jeep-only dealer across the street that recently opened.

We still have a separate Dodge dealer, the Jeep dealer has tons of room including a dirt overflow lot next door.

I thought the name change from Dodge to Ram was stupid, wouldn’t you rather Dodge another Vehicle than Ram it. At least it was not DyNasty.

I guess I could comment about Chrysler here but I think Daewoo (going to look it up) had a good name with the Leganza and Lanos models. No, I’m not looking for the proper spelling because it’s too much work.

No it hadn’t been. Maybe just a quirk on my part I should rethink…

Do you remember when we wanted to elect Lee Iacocca president because he had ‘saved’ Chrysler?

The only reason Iacocca saved Chrylser (at least temporarily) is because he had many friends in the Federal government including Richard Nixon and they handed him a ton of taxpayer money.

Less widely known is that during discussions with government Iacocca threw a hellacious fit over the suggestion of mandating airbags in all cars. It would add to much to production costs he said.

Do you remember when we wanted to elect Lee Iacocca president because he had ‘saved’ Chrysler?

I used those exact words because many people have run over the years who were simply not viable, for various reasons

I remember reading (or maybe it was a book on tape) Lee’s biography, and he talked about how they were just hours away from having to shut down. Suppliers like the radiator supplier were refusing to ship any more without payment, etc. Clearly the company would have been doomed at that point. It took a strong will, and a number of other unique talents to keep the place running. All the loaned money was paid back though.

After all that effort and the successful new models, it must have been hard watching the company go to pot again. I’m still not sure why exactly or maybe a combination of incompetence, high labor costs, productivity, and so on. Outside of the Caravan, I know I for one would have been reluctant to buy a Chrysler product due to their growing reputation for unreliability. Gee, then to combine with Fiat?