Is there a good way to relieve static electricity? I get a shock almost every time I get out of my van and close the door.
There must be other people that have this problem.

Touch and hold the metal door frame as you get out.
That will keep charge from building up.

However, the brand of tires on a vehicle can also have a lot to do with a static electricity problem.
The OP may find that when he is ready for new tires, he will not be “shoked” (or shocked) as much as he is currently.

Nope, never had this happen nor have I ever experienced this phenomenon with anyone else. Where do you live? Maybe it is environmental. I’ve seen some vehicles with hanging chains which are an attempt to ground them, but again never experienced or witnessed the shock. I’ve done it in my home dragging my feet over carpeting then touching something, but never with a vehicle. Maybe grounding (like the hanging chains) as circuitsmith suggests will help. Good luck! Rocketman

There’s the old static strap you hang from the body to drag the pavement (usually under the rear of the vehicle): 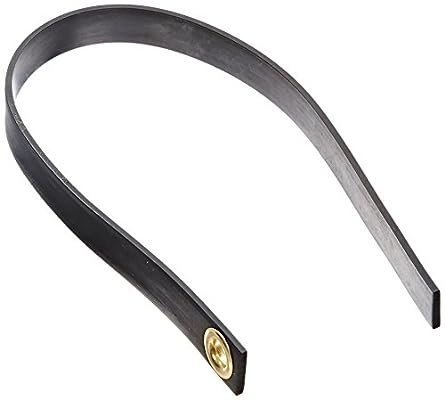 I agree about the tires

I’ve had a few cars, where I got a shock every single time, getting out of the car. The tires were new. But that stopped when the tires wore down somewhat. It actually took several months, because I only drive about 150 miles a week

There are several ways to avoid the shock.

Use static reducing fabric softening dryer sheets in your laundry.

Wear ESD shoes, unfortunately they are all steel toed industrial shoes, but they work.

Hold onto a metal part of the vehicle as you exit.

Buy a car with leather seats and wear only all cotton clothes.

CapriRacer had some good input on this same question, where he notes the increased use of silica to decrease rolling resistance, does increase static electricity.

His two replies are in the thread at: http://community.cartalk.com/discussion/2230258/tire-static-electricity/p1

I had this problem for about a 4 months, until I finally got different shoes. I had a Ranger and would get a shock every time I exited the truck.
The shoes were a ankle high dress boot and they were lined with a fake sheep skin.

I was just about to install some grounding straps like @insightful mentioned when I found it was those boots.

it just about drove me up the wall.

I had this problem sometimes when I lived in Colorado, but never in San Jose. I presume it is b/c the humidity is much less in Colorado, so static electricity can build up more. I experimented with various techniques, tried the grounding strap dragging on the pavement, different tires, touching metal parts, etc. I tried different shoes too, leather vs rubber soles. Most of those ideas were somewhat effective. But they didn’t end the shocking treatment I was getting from my VW Rabbit. But it was less of a shock than before.

What I found had the most effect on the jolt was – get this – which pants I wore that day! Seriously, if I wore pants made of synthetic material, I was much more likely to get a shock when exiting the car. So I switched to natural fibers for the pants, cotton or wool. And I found some denim cotton car seat covers. With that combo, natural fiber for both pants and car seat covers, that pretty much solved the shock problem.

Is that a combination of “shocking” and “choking”?

Stop “sliding” out of your seat. Just hold the metal key firmly and tap on the frame as you exit.