I just purchased a 92 Mazda protege LX and the seatbelts don’t slide forward. I seen they had a recall on that issue but when I called the dealership I was told that they discontinued that part so there’s nothing they can do to fix it so I am trying to see if a JY swap out is the cheapest option and if so how big of a pain is it to removing and installing the rail/motor or if anybody has something simpler I could try first.

Thanks in advance,
-William K.

I am going to guess that digging into the sliding rail is going to cause ALL kinds of brittle, broken, plastic, irreplaceable interior trim pieces on this 30 year old car. So be very careful.

If you can fix the motor assembly, great. If you can’t I’d wind it back to the “drive” position so that at least the belt works as a seatbelt. Those “motor mice” seatbelts from the 90s were just giant pains.

I have NO idea what a “JY swap” is so no info there.

I have NO idea what a “JY swap” is

I never understand buying a vehicle with problems that old where parts might be a problem . Mr. Keaton you don’t seem to like this thing so why not sell it ? Used vehicles are pulling crazy prices now so you might even make a few dollars on it .

Those “motor mice” seatbelts from the 90s were just giant pains

I worked for my state’s child protective agency up to 2008, and the case workers were expected to drive Ford Tempos from the '90s with those damned “motorized” seatbelts–none of which functioned anymore. The state maintenance people claimed that they were unrepairable due to lack of replacement parts, and that was 14 years ago, so I think it shouldn’t be too surprising that Mazda doesn’t have those parts available at this point.

I think that JY is a reference to Junk Yard. However, I also think that the chance of finding usable 30 year old used parts–for a system that was problematic when new–is somewhere between slim and none.

I actually love it, it’s the first Mazda I’ve ever owned and I have a few vehicles so I’m just trying to make it as presentable as possible and then see what I can get for it. Piddling with cars keeps me sane after servicing heavy equipment all night.

The thought of a adapting a non-motorized belt assembly could possibly be an option. Maybe something from a later model would work.
Of course that brings up what would happen if you were in an accident. In the event of injury and even with a perfectly operable belt an insurance company could refuse to cover anything.

My daughter’s first Eclipse had those motorized belts and I hated them. It felt like the car was trying to strangle me every time I got in it.

I guess I am not clear on what these are but something wrong with just buying new standard belts and installing them? At least for the lap belt. Dunno about the harness. First day I had my 59 Pontiac in 1968 I bought seat belts for about $5 at the parts store and had a guy mount them. Worked just fine.

If you mean the auto seat belt won’t move forward when the door is opened, it may be because of a broken wire in the rubber conduit that runs between the door jamb and the door. 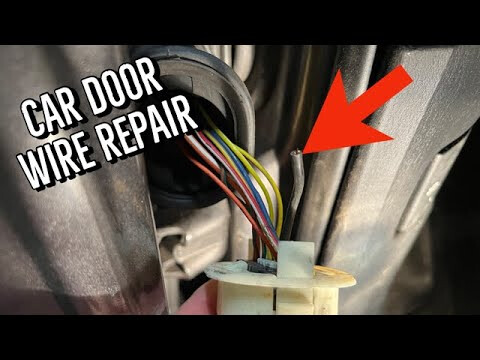