Hasn’t everyone at one time or another had

a twist in the seat. The kind with the shoulder harness. For some reason I think the factory got it wrong on this one. There is a twist in the belt from where it

attaches to the seat frame to where the belt goes through the sliding belt hook and I can’t get it out. If you look at the belt there is a white patch sewn to the belt so it faces the seat on both the passenger and drivers seat to a bent metal piece and a bolt in the seat frame so that’s looking like it should. If you turn the belt the correct way from the seat and go upwards to the sliding ring and keep twisting it just gets worse as it goes into the body panel on the downward run. What do I do. It sounds funny but it makes the belt get caught up all the time when putting it on. This is irritating NO JOKE.

Please Indicate The Make, Model, And Model Year Of This Vehicle.

This has to be a front seat belt, correct?

It’s a drivers side front seat belt on a 2000 Dodge Dakota.

It Sounds Like This Is Not Just A Normal Twist.

I am having trouble understanding exactly what you’re describing. It’s tough to talk about. I don’t want to insult you, rather get a starting point, so look at this link: 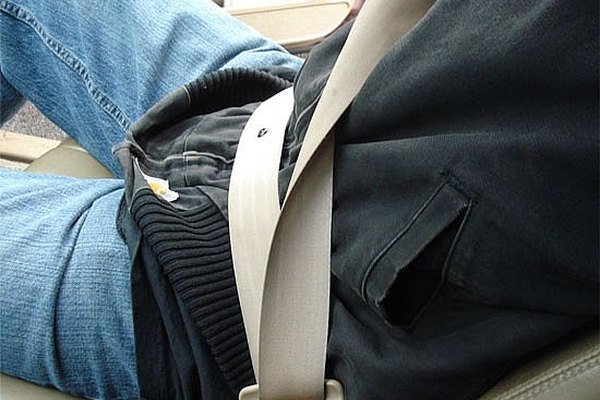 How to Fix a Twisted Seatbelt

It's happened to everyone: you put on your seatbelt, and no matter which way you buckle it, the fabric is still twisted. This can make the belt uncomfortable to wear, and can even interfere with its function. Struggling with the retraction and the...

You state, “Hasn’t everyone at one time or another had
a twist in the seat.” Is this the regular kind of twist (on the link) that you are referring to? I take it that your problem is more severe and confusing.

Have you pulled it all the way out til it stops? Could it be twisted inside the retractor? Does any part of the system have a belt guide or loop that can be rotated 360 degrees?

I’d be tempted to roll by a couple of dealers and get a couple of opinions as what is thouhgt to be going on, here.

2000 model year. Has it always been this way? Are you a second owner and you got it like this? Was it OK at some point and now it’s not?

Notice the part about maybe having to rotate the piece that’s bolted down
360 degrees. I don’t know if you have anything like that on your truck.

MY 99 civic has a twist in the driver’s seatbelt. It’s nothing major, just used to it I guess