Hello All, With all the flooding here in the States this year a lot of vehicles are showing up at the auctions that are “Water Damaged”. I don’t know if this means just the carpet and seats got wet, or the entire car was submerged. What are the risks involved in a water damaged flood car?
Thanks again.

It depends on how high the water got, for how long, and what sort of remediation was done. Obviously some of the risks are mold in the cabin, rust, all the up to barely-getting-by engines and transmissions.

Don’t forget electronics and the computer. These could be nightmare items.

A water/flood damaged car can be a coin flip. It could be nothing but a perpetual headache or it could turn out to be a great, reliable vehicle.
Many years ago we had a major flood here in OK (16" of rain in less than 5 hours) and many cars were underwater.
A friend of mine went down and bought a car at large disposal auction that had been written off due to this flood. He knew the couple who had owned this car and also that it had comparatively low miles. He purchased this car for 150 dollars, flushed out all of the fluids, changed the oil several times, and drove it for another 15 years after that.

It’s not just the electronics that can be a problem. A stale mildew smell may be present and this could require removal of the interior, replacement of the carpet and matting, etc.
It’s also quite possible for suspension, brake, and wheel bearing problems to develop at some point as water can seep into any of those components.

Bottom line is that generally a car like this is best avoided unless you’re mechanically inclined to some degree. If not, you may buy the car dirt cheap but end up in the poor house if it turns out to have chronic problems and you’re having to pay someone else to sort it all out.

Ask Yourself Why You Think Auto Insurance Companies “Total” Cars, Even Fairly New Cars, That Have Been Flooded. Also Realize That They Try And Minimize Pay-Outs On Claims.

Obviously if you could buy one for 150 bucks (as OK explained) then it could be worth the gamble.

I work as FEMA inspector or as a INS. ADJ. after Disasters. This is what I see. The insurance company’s will total a car if the water got up to the carpet. I seen a TJ Jeep get totaled for this. What a shame. I tried to buy it. It went right to the crusher. Now since Katrina they have been destroying cars that have been in floods. They do this in two ways, one is they destroy the vin tag with a hammer thru the windshield 2 it gets crushed. Now I am not saying all get this, some will slip thru. It just wont be as many as years past. Also I understand that the insurance company’s may start checking to see if a car that is sold to a salvage yard,is dismantled for parts.

As OK4450 said if you don’t how to fixed a car/truck yourself don’t buy them if they are questionable. I used to see it at every auction I went too someone who did not know the first thing about a car trying to bid on the worst junk there.

In Louisiana after Kitrina. I was there for 8 months. They were hulling over 300 cars a day to temp yard. Were they smashed the vin on every car that came in. When I left it sill looked as if no cars had been removed.

I too have fixed and drove flood cars and had good luck. Also I have seen people get burned bad by buying them too. With all the electronics in them today. I would have to say if it sat with water over the seats I would pass on it as a diver. Trucks and Jeeps I mite take a closer look at.

They’re a real gamble, as everyone’s said. A big problem is that the corrosion caused by the water can take months to occur, so what might seem a great car today can turn into a nightmare in 3 months, as corrosion eats at the hundreds of connections and components in the electrical systems.

The only way I would consider buying one of these cars is if I had plans to strip the car and use it for racing on a track.

Buying a vehicle for $150 is about the only way I’d consider it. But expect to spend a lot of time getting it road worthy…and possibly maintenance headaches down the road. The biggest thing I’d be worried about is the electronics. Fluids you can change out before any damage is done. Mold is another worry. I’d pull all the carpets and dry thoroughly…maybe even replace carpet.

Once the water reaches the seats, all bets are off. At that height it’s saturated wiring harnesses (which generally run under the scuff plates below the door openings), brake lines and connections, and stamped sheet metal that constitutes much of the structural intergrity of the chassis. These things are not designed to be immersed. Expect to have continuous electrical problems, long term serious corrosion, and rot.

And then there’s mold and mildew…

What are the risks? As others said, mold, smell, contaminated fluids, rust, electronic components slowly rusting away. Plus ever see the inside of a flooded house with all the crap that is in the flood water and mud? No way Hosea. The Minnesota AG has warned about these cars coming from the huricane states that should have been crushed or had salvaged titles, but are being laundered through New Jersey and Florida.

Like most guys say here it can be a coin toss. I have owned a flood damaged vehicle before and it was one of the most reliable and favorite vehicles for me of all time. Most vehicles have the ECU located under the hood (good because its high off ground) or somewhere on the floor inside the car…(bad in floods) My vehicle (a 89 Honda Prelude) Had water up to the top of the seat bottoms…Which submerged the ECU (located on the floor on pass side) The other REALLY bad thing about my car was that it was flooded with mostly SALT WATER…VERY VERY BAD. I had to replace my ecu and also do a little doctoring on the wire harness where some connectors had severe corrosion. Now since I am far more advanced at car repair than the average Bear this didnt scare me much. I started by removing and washing the interior…THE ENTIRE INTERIOR! After that was done I got an ECU from a salvage yard and repaired any corroded connections… Put it all together and drove it for 10 yrs and then sold it…its still on the road today.

I wouldnt touch a Flood Damaged Vehicle UNLESS I had the amount of experience as I do…Other guys on here are also candidates for these cars. You REALLY need to know your stuff or they could be a total NIGHTMARE for you. I’d say if you dont know your auto repair VERY VERY well dont touch one…If you are a mechanic then they are definitely “Mechanic Specials” I wouldnt even think of getting one if the first thing you needed to do was to take it to a mechanic…No WAY… You need to know your abilities and be honest with yourself…then decide

Hello All, My apologies for not responding sooner, but alas - computer problems. Thank you to all who have replied. Everyone’s opinion makes very good sense, especially the Salt Water. Since most of these floods have happened to sea coastal states, I did not think about this potential headache. As all of you said, it is a roll of the dice. I am pretty handy mechanic, but I do have my limits. Interior work-no problem…I can replace reupholster most anything, mechanics & electronics I am ok till I need the expensive “Special Tools” So I will take everyone’s advice and venture very carefully on this topic.
Thanks again everyone.
TWK 22

Here’s one you might be able to get at a substantial discount: 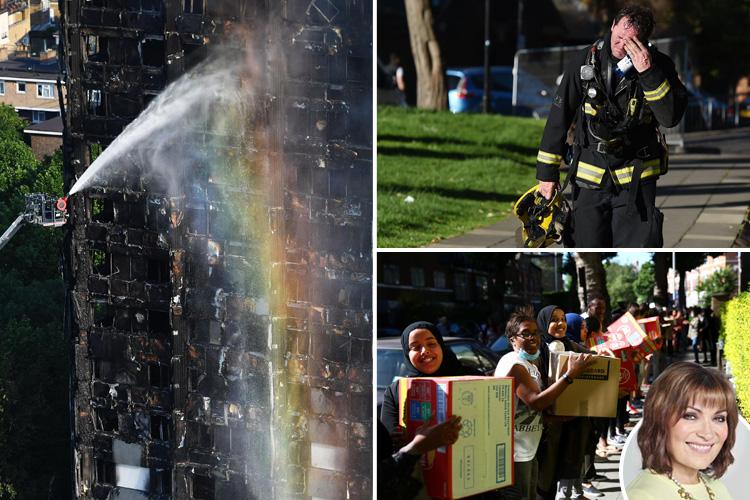 Even in the darkest times of despair during Grenfell Tower fire tragedy, hope...

IN the deepest darkness of despair we can still see a glimmer of light. Even in an event as horrific as the fire that raged through Grenfell Tower with an almost demonic force, there is a ray of ho…