Rodents under the hood

I have a car problem that I’ve had for sometime. I park my car out front of my house. My garage is beyond full, 99% of which is full of the lady friend’s stuff. Literally, one can’t move in the garage.

I’ve had three times over the last several years that rodents have gotten under the hood. I assume they climb up from underneath, or maybe climb up one of the tires. However they get under the hood, they do. And they chew wires and other things too. I’ve had over four figures of repairs combined.

I wonder if anyone might know of any product (spray, etc?) to keep them out? I’ve heard mothballs around the tires, and laundry dryer sheets work. I’ve tried them both, and while the critters do their destruction, it’s over time, which is the only good news.

If you have any product recommendations to keep critters out, I’d sure appreciate hearing it or them.

We use this product to keep rodents out of a pole barn where seasonal vehicles are stored.

In the many years of using this, there has yet to be any signs of the presence of rodents.

I went through this last year:

Hold it rat there! Maintenance/Repairs

It’s been a couple weeks since I opened the hood, but then, I’m only driving once a week, less than 10 miles. I find this: [P1000049] Luckily it looks like nothing was chewed. It’s been about a year since I sprinkled cayenne pepper around. So I gave it a good coating.

I sprinkled cayenne pepper around

what if they are Mexican rats and like their wires hot and spicy. LOL

A friend of mine has had some luck with the Rid A Rat pulsing LED lights, small battery operated. She put one on the ground under the car and another in the engine compartment. She was dealing with pack rats. This isn’t a slam dunk in terms of other people’s experience, but it seems to have worked in this one case.

I’ve used Tester’s stuff now around the garage doors and perimeter for a while now. Once a month after it looked like something was chewing at the bottom of my side door seals. I forget sometimes but I haven’t had a problem anyway. Worth a try and long lasting. Keeps the elephants away too as they say.

Fortunately we have feral cats and various snakes where I am.

I wonder if anyone might know of any product (spray, etc?) to keep them out?

Last July this topic was posted and I responded with my attempts to rid myself of this problem and my final solution (as ominous as “final solution” sounds, no rodents were hurt by my efferts…).

Parked outside in condo parking. Her Mustang is black. White Mustang parked nexto her’s was not bothered. Co$t her $600 Any remedies? Thank you

This spring I had to repair rodent damage to an injector wire on a 2010 Lincoln Navigator. I had to remove the intake manifold, the upper (port) injector rail and wiring to access the lower (direct) injector harness and replace the one pigtail that was damaged. Total bill was about $1100. It’s always easy to replace one wire once you get to it!

just a thought… if it happened in cold weather. yes florida does get cold weather. the black car will hold the heat longer than a white car.

More of my Responses…

There are lots of other good and probably effect methods in the original posting to rid yourself of this problem,

Good Luck, and May the Force be with You… 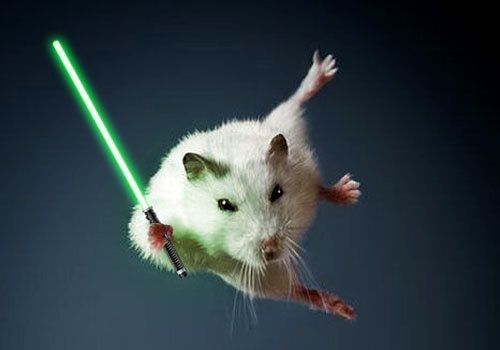 I know people often don’t read all the responses but go back up to Tester’s response. It has been the go to product for a number of years here.

In case OP didn’t look at the whole thread I posted before:

Hold it rat there! Maintenance/Repairs

An update: Been a month or so since the engine compartment of my car served as a rat lounge. As of my last post I was using cayenne pepper, which thankfully stopped them from chewing anything, but didn’t stop them from hanging out. First thing I did was stop parking in the same place all the time. I move around about a half block away to break their routine. I read somewhere they don’t like Irish Spring soap. So I tucked in a couple bars, still in their boxes to avoid a possible mess from …