Rivian is building an electric pickup in Illinois 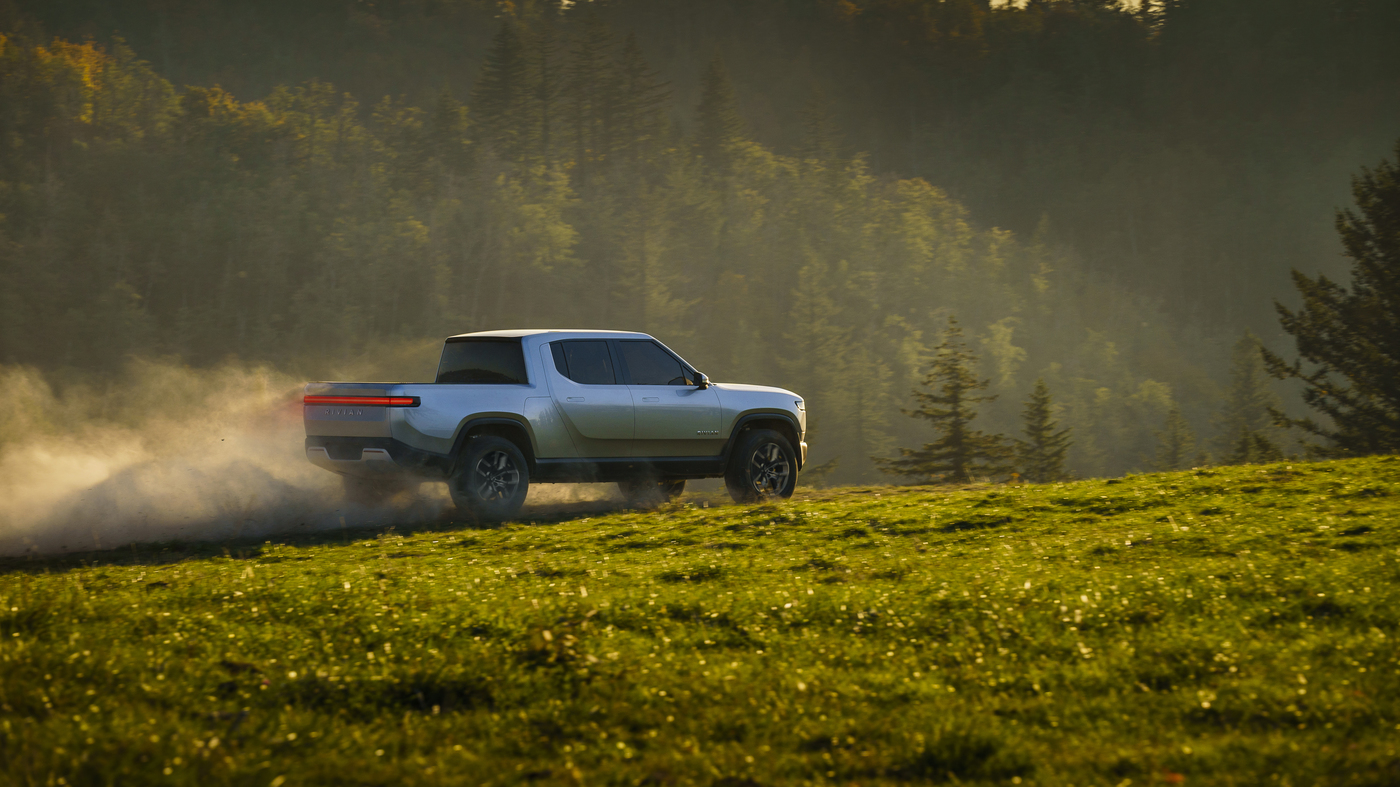 Electric Truck Startup Steps In Where Other Automakers Left Off

Rivian plans to make battery-powered trucks and SUVs in a former auto plant in central Illinois. But it will face some challenges as Americans have been slow to adopt electric vehicles.

Based on the picture, it looks to be unibody, not a traditional body-on-frame truck

But it might attract some wealthy buyers who have no intention of actually using the vehicle as a work truck, but rather their daily driver or their latest toy

And that 400+ miles . . . I’ll believe it when credible car magazines have proven it to be true

no intention of actually using the vehicle as a work truck,

Isn’t that most pickup truck buyers? I bought a pickup truck because I was living out of it for prolonged periods. The 7-foot bed made it possible to store all my belongings and stretch out to sleep. I didn’t carry much weight or drive it hard.

Americans have been slow to adopt electric vehicles because “affordable” and “useful” have been polar opposites in the electric car world.

Teslas are great, if you’re loaded and can afford one.

Leafs are affordable, if you can handle only having maybe 40 miles worth of range on some days.

I’m not buying either because I don’t have a spare 100 grand to drop on a car, and I need to drive more than 40 miles on winter days.

Now that some more reasonably-priced electric vehicles are coming out that have a useful range, I’ll be able to re-evaluate whether or not I can afford to go electric.

But I guarantee there are a lot of us who would dearly love to have an EV or two in our garages if only we could.

Or you could buy a Bolt and have both. I imagine that the Model 3 Tesla will be both affordable and useful when they get around to building basic ones that don’t cost $60,000.

Eh, yeah, I thought the Bolt had some potential, so naturally GM killed it.

On the other hand, 37 grand starting price is a pretty big ask for something that looks like that and which is built on the cheap.

Don’t think GM killed the Bolt. And I’ll believe this pickup and its price when I see it.

Oh that’s right. They killed the Volt, not the Bolt.

The rest of what I said stands

I agree - I too will believe this when it’s actually available for sale, although the astronomical price doesn’t shock me.

If you can’t beat them, buy them. This investment is the first step.

Rivian’s pretty credible, unlike some other electric car makers I could mention [cough] which have yet to produce a promised $30,000 car. They have some talent over there, and they spent on facilities as NPR said. 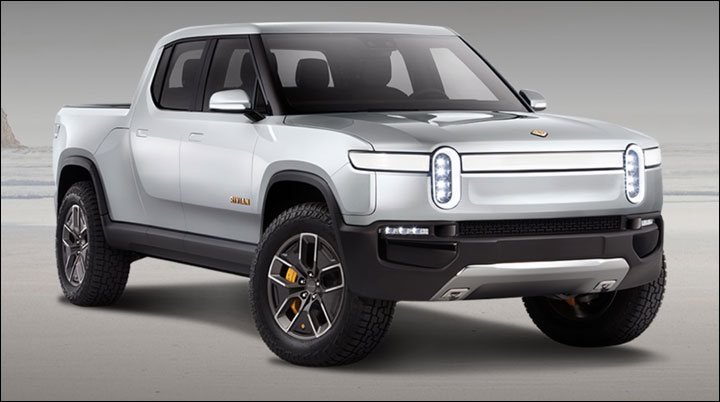 What to do with old car batteries, when an electric car is retired? Toyota, long ago, took them back and reclaimed the materials, essentially providing a closed loop. GM and Tesla recycle them into…

That said, if you read between the lines, you see that the “cheaper” model does not come with the most capacity. I’m still wondering how they plan to hit that payload, which is very high. I guess you can do a lot when you’re not planning an entry-level model at all.

There’s always a lot of fluff put out there when something new is promised. Most of the fluff disappears at some point.

I’d believe that 400 mile range when I’ve personally seen it. Trucks are huge in this part of the country and considering the conditions they go through with fields, mud roads, 10k pound stock trailers, 1 ton hay bales, and hundreds of pounds of oil field tools in the bed I don’t see them getting anywhere near 400.
I don’t think there’s a farmer or oil field company here that would go for this; and they sure don’t have time to be waiting on a fresh charge.

I’d believe that 400 mile range when I’ve personally seen it. Trucks are huge in this part of the country and considering the conditions they go through with fields, mud roads, 10k pound stock trailers, 1 ton hay bales, and hundreds of pounds of oil field tools in the bed I don’t see them getting anywhere near 400.

Well on that, they’re gonna measure the range the same way gas car mileage is calculated. Those mpg figures for the Chevy Silverado aren’t done through muddy fields with a load of rock in the bed and a horse trailer on the hitch… But then you don’t usually haul rock for 400 miles across muddy corn fields either.

With a truck you have the added luxury of adding a lot more batteries to extend the range. I firmly believe 400 range is easily possible. It’s the cost to get there might be the problem.

There are several new batteries in development that have the potential of far better range then the current lithium batteries, and far far lighter… Can charge in minutes and much safer. Manufacturing costs need to improve, but that’s usually a solvable problem. These batteries have potential of being huge game changers. 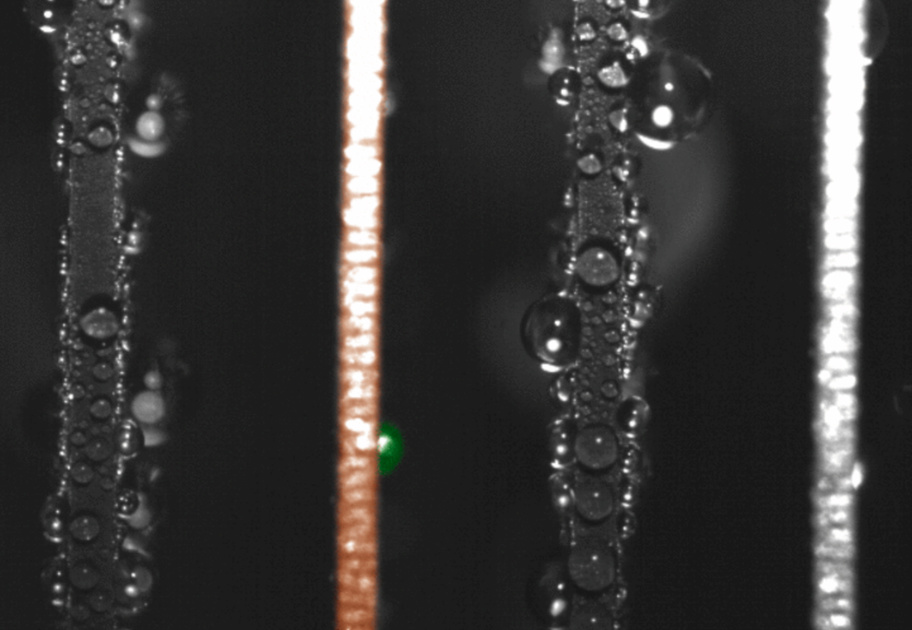 Energy capture, storage and generation remains a vibrant area of research. Here we examine show of the research breakthrough in future battery tech

Do YOU believe this guy will have a successful company?

And do YOU believe it will survive in the long run?

In your article, they specifically refer to the vehicles as “lifestyle products” . . . and they also mention the word “luxury”

Thus . . . as a newcomer in the luxury ev market, will there be enough business to keep this company afloat?

Chances are, somebody who’s contemplating buying a Model 3 as their daily driver car, isn’t going to change their mind and buy a luxury ev truck instead

In your article, they specifically refer to the vehicles as “lifestyle products” . . . and they also mention the word “luxury”

It took Tesla a while to work up to the Model 3, building the Roadster first, then the S, the X, and finally the 3. It took Tesla about a decade to get to the 3, didn’t it? There is plenty of time for Rivian’s success, or failure.

I looked Tesla up and found that the company started in 2003, producing the Roadster from 2008 to 2012. That’s about 15 years to widespread distribution of the Model 3.