My van (2003 Dodge Caravan SE) has an evap leak coming from a round part on top of the fuel tank (see picture below). The mechanic said he didn’t know what that part was, but that it was “some sort of valve.” Said the whole tank would need to be replaced. I asked if he could just replace the part, and he said, “I don’t know. Normally we just replace the whole tank.”

Is that true? Does the whole tank need to be replaced to replace that part?

Also, what is that part called? 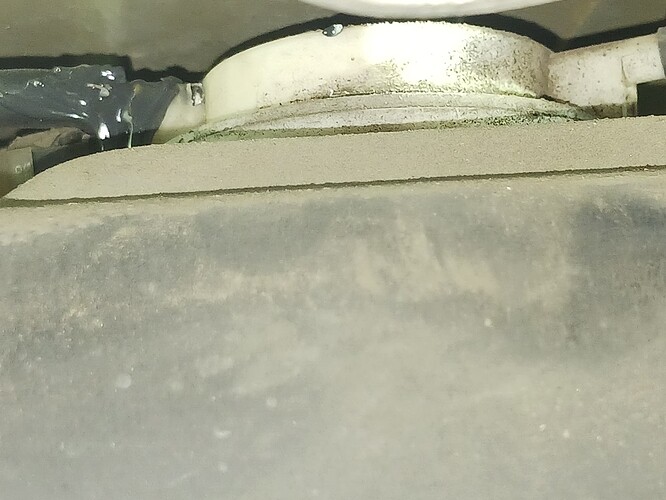 It prevents gas from leaking from the gas tank if the vehicle should be involved in a roll-over accident, and prevents over-filling the gas tank so damage doesn’t occur to the EVAP system.

It provides a method of controlled escape for gasoline vapors during the refueling process. It has a mechanism which closes the vent in the event the vehicle rolls over, to prevent spilling of VOCs or fuel in general. It also acts as a fill limiter.

Thanks! I was talking to the manager of the shop, and he said it could be the Leak Detection Pump. Is that the same thing?

Just remember… everything else on that fuel tank is nearly 20 years old now.

Even if you could just replace that one part…something else could go tomorrow due to age.

Thanks! I was talking to the manager of the shop, and he said it could be the Leak Detection Pump. Is that the same thing?

This is what that pump looks like, according to Rockauto: 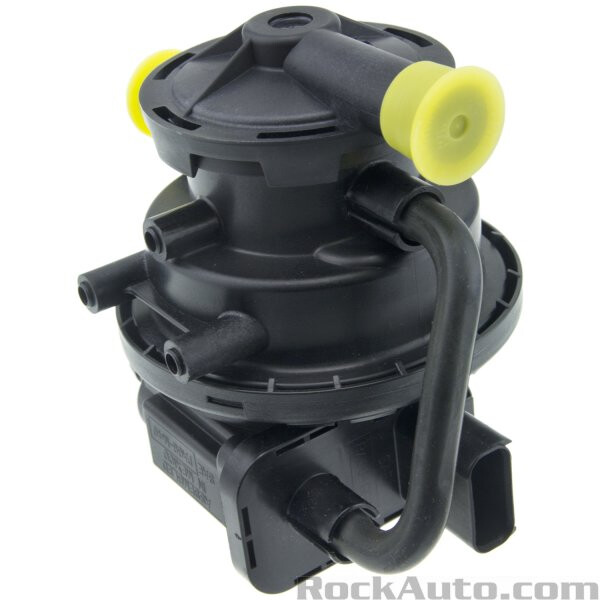 Before you replace the part consider replacing your mechanic. They may be correct but if they do not know what the part is my confidence level is very low

This is what that pump looks like, according to Rockauto:

It’s hard to tell if that’s it, since I’ve only seen it from the side.

Before you replace the part consider replacing your mechanic. They may be correct but if they do not know what the part is my confidence level is very low

Indeed. Not to mention that I had to go there three times already.

First he replaced the cannister purge valve (said there was a problem with it) and the gas cap. But, apparently, an engine wire broke in the process and he had to replace that (fortunately didn’t charge me for that).

Then, after getting the car back the evap code came back. So I brought it back. He said he didn’t do a smoke test initially since he saw the problem with the purge valve, and figured that was it. So he did a smoke test and found some small holes in the part that’s connected to the part we’re discussing, and he patched the holes with glue. (That part is to the left of the part we’re discussing in the picture I posted, and you can see the glue as white specks on the black part.)

Then I picked it up and drove it some more and the code came back again. So he did another smoke test and found the leak in the part we’re discussing. Said he didn’t see that leak with the first smoke test because it was right next to the other part, and thought the smoke was coming from that part instead.

So, yeah, not a lot of confidence.

It’s probably not a replaceable part, installing a new tank is how it’s done. Unless you can determine for sure otherwise, suggest to just follow the mechanics advice.

A few years ago I hired a roofer. He’d suggest something. I’d say “why not do it this way?”. He’s say “ok, but here’s the problem”. then he’d mention several practical reasons why my method might not be the best approach. He’d never say my method wouldn’t work, but just that by his experience his method is pretty much guaranteed to work. I’d say “you’re the expert”, and he’d do it his way, which always worked perfectly.

Either way, I’ll probably end up going to a different place anyway, since you know all the problems I’ve been having with this place. LOL I’ll follow the advice of whatever mechanic actually does the work.

they just always replaced the tank.

The mechanic said they would just get a new fuel tank from a salvage yard. I guess that explains why.

I wouldn’t want either. They both end up costing you a lot of money.

As a diy’er, if I had that problem myself, I’d put the discussion of a new tank or no new tank on hold. The first priority would be to drop the existing tank enough that I could inspect the top part. If dropping the tank didn’t give me enough room to see everything, then I’d drop the tank further, completely if necessary. Then I’d look very carefully for a non-tank problem. I might well spot an evap system rubber hose that had come loose from its moorings, or cracked at the connection, problematic connections between the tank and the filler (where you put the gas in)
, etc. If so I’d fix what’s obviously wrong first, and test if that solved the evap code problem.

Also remember that a “leak” could be caused by one of the evap valves not working (but not leaking ) or being actuated incorrectly. There’s a bevy of on/off valves in the evap system that the computer uses to direct evap fumes into the tank, or from the tank to the canister, or from the canister to the throttle body, or corresponding vent valves, which allow outside air to take the place of the space used by the fumes, which are being directed to another location. If any of those valves isn’t in the proper state, that could cause the computer to think there’s an evap leak, when in fact the problem is that the computer isn’t commanding the valve into the correct state, or the electrical connection from the computer to the valve isn’t making good electrical contact. Finally the air pump (or vacuum pump, whichever is used), or the associated evap system pressure sensor, either or both could be faulty and that would equally well confuse the computer into thinking there’s a leak, when in fact there’s nothing leaking at all.

Or you could sell this car and buy an OBD I version. My OBD Corolla has a fuel tank, a hose to the canister, and a coolant temp actuated purge valve from the canister to the throttle body. That’s it. No electrical or computer involvement.

Not everyone is willing to drive a fred Flintstone car.

True enough, but my Corolla isn’t presenting any evap codes either. A person must choose one’s poison.

Do you really think someone wants to buy an old vehicle

Pre-74 model years in this area are golden. In very high demand. Part of the reason: No emissions testing required. My truck’s evap system is even better than my Corolla, or at least simpler, has a canister, but not even a sign of a purge valve.