I purchased a 2015 Toyota Sienna in Feb 2016. I was told at the 15K mile checkup that I would need to replace the tires! Michelin Primacy MXV-4 P235/60R17 which are rated for 60K miles. These are OEM and I am more than annoyed that I am being told I need to buy new tires, when these haven’t reached 1/4 of their expectancy. Currently Michielin is willing to pay 30% of the cost of new tires, but I am not willing to pay the rest. Handling is squirrely on wet roads covered with leaves, no hope of driving in the snow. Anyone else have this problem? Thanks!

That 60,000 rating is not an iron-clad fact it depends drastically on how the previous owner drove so , Yes, you could very well need new tires. While this is abnormal wear on tires of this quality, it can and does happen.

You can check then yourself by simply looking at the tread. 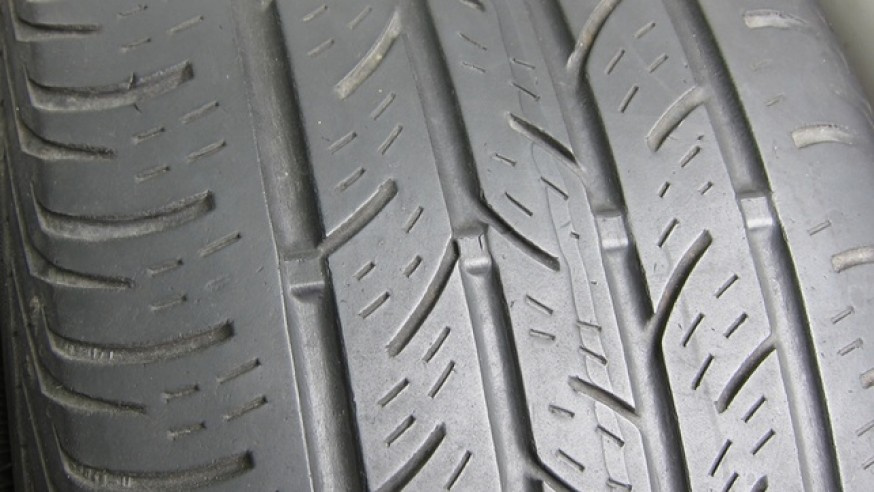 Those tread bars going across the tread face are known as “wear bars”. If they are the same height as the tread itself at any point. it is time to replace the tires. If the tire wear is un-even across the face, you should have the alignment and tire pressures checked as well. Both can prematurely wear out tires.

Your own experience driving on these tires screams “Replace Me” so I’d take that 30% cost share on a new set of Michelins. They likely will provide you with many miles of service if you keep the car aligned and the pressures set correctly.

You have answered your own question. The tires do not perform well on slick roads and no chance on snow. Replace them, the cost of tires will be less than your deductible if you slide into a tree.

My daughters Rav4 had Yokomaha tires on it and some of the tread wear bars were starting to show @ 15,000 miles. We replaced them with Michelins from Costco that have a mileage warranty. Take the 30% and get new tires. Your other option is to keep running on the tires you admit are squirrely.

I’m the only owner, I bought this brand new from the dealer, and I had the tires rotated every 5K miles, and the alignment is fine. I will be using snow tires for the winter, but I will not willingly put another set of Michelin tires on this van. I took it to my local tire shop for the rotation & pressure checks, and they were shocked at how little tread is left on the tires, they had to write out a report with the tire depth for the warranty department at Michelin for me.

Certainly that is your choice. I generally like Michelin tires but they don’t work well on some vehicles. My wife’s Saab for example. OEM Michelins that got very noisy in-between rotations.

I am not willing to pay the rest

It would seem to me that you have no choice other than to get a different brand elsewhere, which is what I’d do. www.tirerack.com has a good consumer review section.

If the wear isn’t as clean and even as that shown in Mustang’s photo, an alignment may be in order too. You’ll find that the warranty won’t cover the alignment, so just go elsewhere.

You seem to be willing to cut off your nose to spite your face.

I don’t appreciate your snarkiness.

I don’t think I was being snarky, at least not intentionally. Your rejection of Michelin’s offer seemed rather blunt, so I figured I’d be just as blunt in my assessment of the situation.

You bought a used car with used tires. Now that the tires need replaced, you were offered a 30% discount on replacement tires, based either on mileage or measured tread depth.

Since you can’t say how the previous owner treated those tires, that offer seems both reasonable and fair, and if you think it is unfair, you can ether attempt to negotiate by offering a counter offer, or pay 100% of the replacement cost elsewhere. Detached from emotion, the choice seems obvious to me. I’d try to bargain the price down from 70% to 60%, but either way, I’d take advantage of the discount.

I’m the only owner, I bought this brand new from the dealer, and I had the tires rotated every 5K miles

I think it was a new car. I’ve had three sets of those tires though and had no problem with wear, snow, or rain in Minnesota. They were a nice quiet tire and have them on our Acura now. Seems to me we replaced them at about 50,000 with about 3 or 4/32 on them yet.

Ah, I missed that in the follow-up comment. That changes things a little, but not much. I’d be disappointed too, but left with those options, unless I could find tires that were less expensive at full price than tires discounted by 30%, I’d go with the discount.

Low mileage could be the result of how you drive your van. I don’t mean hot rodding, but a lot of stop and go with a lot of turns.

I thought of that, but I bought the Toyota to replace my 2002 Honda Ody, at 286K miles, it wasn’t going to last another year and my driving pattern hasn’t changed, just the vehicle. In looking at other forums regarding Michelin tires, it seems that you either love them or hate them, and that the company doesn’t stand by it’s warranty, the 30% is pretty standard for them with tires that don’t last. I was hoping to hear how others who have had this same issue were able to resolve it. I think it’s unfair for me to have to pay 70% for new tires, since these should be covered under warranty. I am still waiting to hear back from Toyota…

I purchased a 2015 Toyota Sienna in Feb 2016. I was told at the 15K mile checkup that I would need to replace the tires! Michelin Primacy MXV-4 P235/60R17 which are rated for 60K miles. These are OEM and I am more than annoyed that I am being told I need to buy new tires, when these haven’t reached 1/4 of their expectancy. Currently Michielin is willing to pay 30% of the cost of new tires, but I am not willing to pay the rest. Handling is squirrely on wet roads covered with leaves, no hope of driving in the snow. Anyone else have this problem? Thanks!

How on earth did they come up with 30%? Shouldn’t it be more like 75% on comparable tires of the similar price if they wore evenly and you had them rotated according to Michelin’s guidelines?

Thanks, that is my point exactly! but, in this warranty pamphlet, it states:
30 Day Satisfaction Guarantee:1
We’re confident you’ll love your new MICHELIN replacement tires. So
confident, in fact, that we back your purchase with a 30-Day Satisfaction
Guarantee. If you’re not 100% satisfied with your new tires, just bring the
tires and original sales receipt back to the place where you bought the
tires within 30 days of your purchase and we will gladly exchange them
for a new set of tires of equal or lesser value.
Original Equipment tires not included. _

And these are the lousy tires that came with the van. I am going to continue to argue the point that they should be replacing my tires, and still waiting to hear back from Toyota dealer.

You can argue all you want but it is probably a waste of time. Tire warranties on new cars are with tire company not the builder of the vehicle. It is just a fact of life that some tires will wear different due to driving patterns.

And I agree with You, Whitey.

I have a 2011 Sienna which is the same design as the OP’s Sienna. I purchased mine new and the original Firestone tires had to be replaced at 35,000. I put on Michelin tires and only got about 35,000 from the Michelin. I bought another set of Michelin which my independent tire dealer told me were designed for a minivan. I hope this second set of Michelin lasts longer. I keep the tires properly inflated and I do the tire rotation. I got 60,000 on the Goodyear tires that came with my 2006 Uplander. My suspicion is that Toyota put a.size tire on the Sienna that is too small to carry the load.