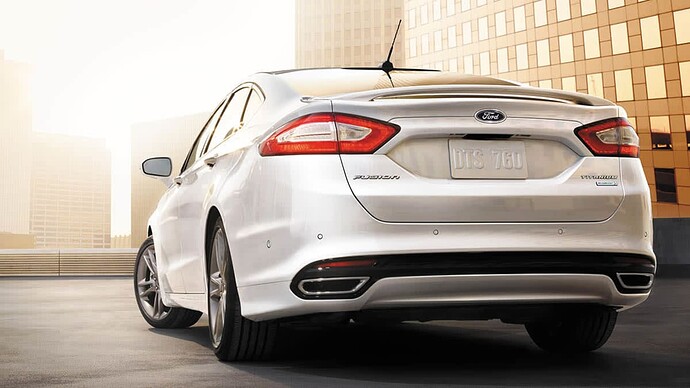 Ford is recalling some Mustang, Fusion, and Lincoln MKZ vehicles because their brake lights may stay on and because the vehicles might roll away. Consumer Reports has more information.

It seems ford has been having a lot of recalls lately. more than just the normal number of recalls that every manufacturer has. especially on their truck line of f-250’s and above. but at least they are recalling them instead of ignoring the problems.

at least they are recalling them instead of ignoring the problems.

+1
Back in the so-called Good Old Days, recalls were rarely done, even though serious defects were known to exist.
A good example was the design of the power brake booster on '53 Buicks, which could suck the brake fluid out of the master cylinder. There were a few high-profile accidents as a result of that defective design, but GM never recalled those Buicks.

Back in the so-called Good Old Days , recalls were rarely done, even though serious defects were known to exist.

Manufacturers are more proactive since NHTSA fined Toyota over $1 billion for their intransigence concerning the unintended acceleration issue.

Wondering why there is a rollaway risk.

I have a 2014 MKZ and have heard nothing from Lincoln on this.

Ford and Lincoln will begin sending out recall notices in the mail in early March. Owners may also contact Ford customer service at 866-436-7332.

You can also call your Lincoln dealer and ask if there are any open recalls on it, or look at safercar.gov and click on the recall button. Have your VIN ready and you can find out if it’s involved.

Do you have the phone app, FordPass (Lincoln may have a different name) installed? In addition to mail, the app sends recall messages. It is possible your vehicle is not involved in the recall.

I have the Lincoln Way on my phone and am subscribed to Lincoln Owner on the web. Both are silent. Both are, however, continually nagging me to get the door latch fixed which the dealer did some time ago.

I have a 2014 MKZ and have heard nothing from Lincoln on this.

Ford is recalling only cars that have been sold or registered in Alabama, Florida, Georgia, Hawaii, Louisiana, Mississippi, North Carolina, South Carolina, Texas, and Virginia.