Rarely seen in The US

… was this Daimler V-8 sports car from the '60s. If you look closely at the ad, you will see that it had “The Royal Warrant”, because it was a Daimler. After Daimler’s merger with Jaguar, this model was discontinued. I think that I have only seen one over the many years. 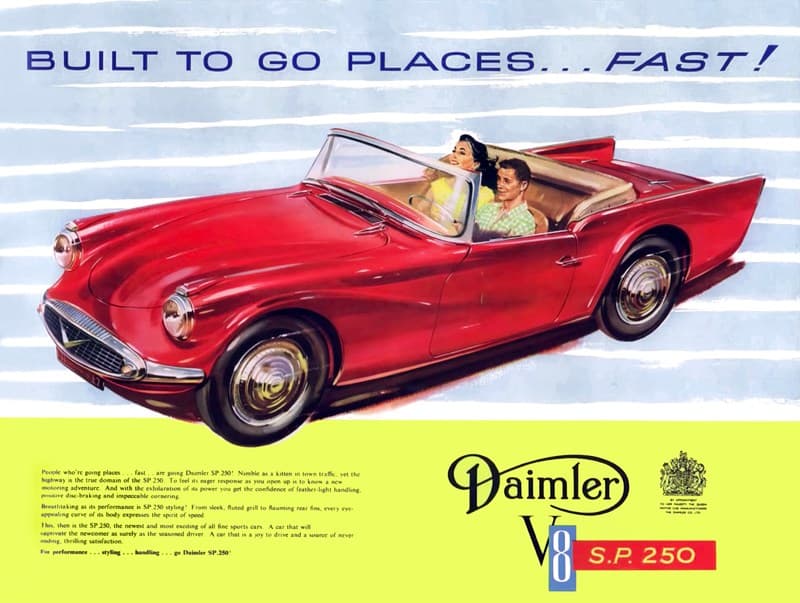 The SP250 has the unfortunate distinction of being one of the least attractive British sports cars. That ad doesn’t do it justice: 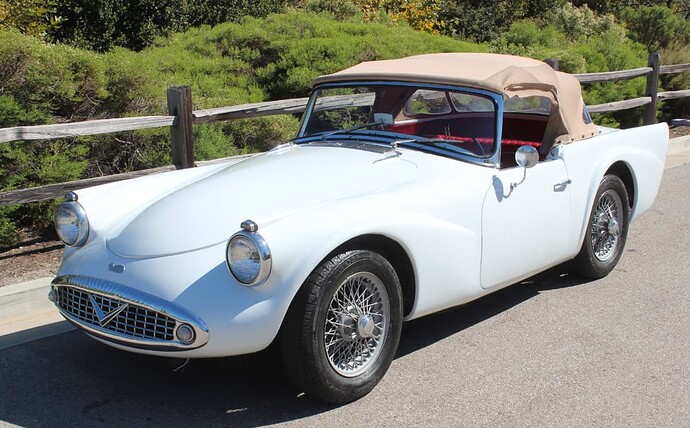 wow! What a difference a cameral angle makes!

At the '62 Auto Show in NYC, it had the dubious distinction of being named The ugliest car in the show.… or something to that effect.

Daimler had a typically “British” automotive business life. The company purchased rights to the Daimler name in the UK from Gottlieb Daimler and the Daimler Motor Company… the parent company to Mercedes cars. BSA (British Small Arms) bought them in 1910. before being sold to Jaguar. The name was dropped in 2009 and Jaguar and the Daimler name are now owned by Tata Motors of India.

What a long strange trip it’s been!

… and before the change-over to Bentley limos in the past decade, many of the Royal Family’s limos were Daimlers. Even after QE II changed-over to Rolls Royce vehicles (prior to the Bentleys), The Queen Mother retained her beloved Daimler limo. 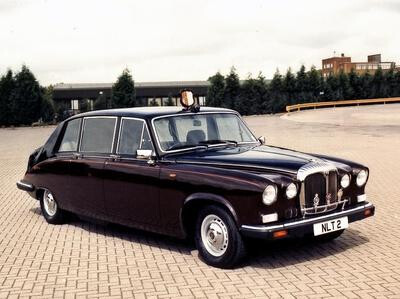 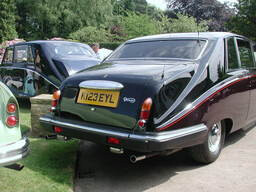 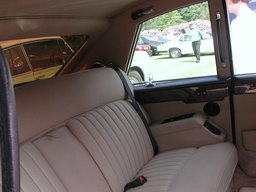 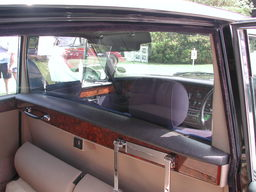 You see DS limos in the background of a lot of Brit TV shows.

Anybody know what those weird-looking rectangular gadgets at the top of both headlights are?

I think that they are probably “position” lights, although my memory may be calling-up an incorrect terminology.

European lighting specs led to differences from US-spec cars. Some Euro countries used to require that some sort of light had to be illuminated on the side facing traffic when a vehicle was parked. The anemic electrical systems in those days led to some really tiny lights for that type of application.

Position light? Is that a form of a marker light? For some reason my eye gets immediately drawn to those rectangles. Would have been a considerably more attractive vehicle without them imo. The side-view mirror design is quite attractive though. Grill and spoked wheels look nice too… Wonder what they were thinking with the rectangles?

Yes, that is probably the correct terminology, but we are both guessing.
Most likely, only someone from The UK could correctly identify those little lights.

The performance was not very good either, the V8 was only 2.5 liters, about 153 cubic inches. The same displacement as a 4 cylinder Austin Healy

My goodness is that UGLY.! Looks like a bull frog getting ready to jump

Hard to believe that came from the same company that made the XKE.

It was developed by Daimler prior to their merger with Jaguar. The Jag execs nixed it for further production.

The OP photo is not flattering, especially the droptop. The one below looks better. It’s no XKE, but a lot better looking than the white one above. It also looks better without the top. Other cars, like the Camry Solara convertible, look a lot better with the top down. 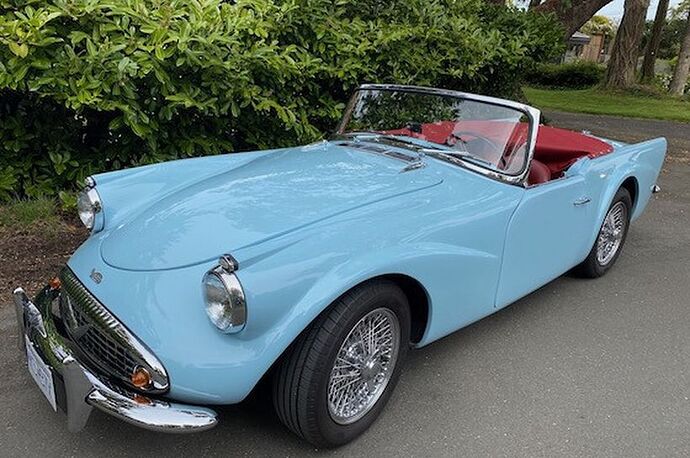 I don’t care whether the top is up or down, whether it’s white or blue, or any other qualifying comment. It is UGLY. Sort of a platypus designed by a government committee. 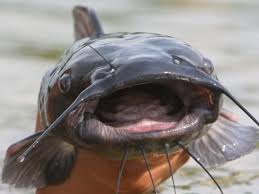 Guess rag top would be a compliment. Looks bad to me!

The first pics are unattractive, this one, with the front bumper, is double ugly.