Does anyone else remember radio heaters?

Not familiar with those at all, perhaps there is a different term?
The oldest car I ever had was a '49 and the heater operated much like a modern car except used cables to operate blend doors. But it did have a tube radio that gave off a fair amount of heat.

Are you referring to the heaters that were on each post at the drive-in theaters? 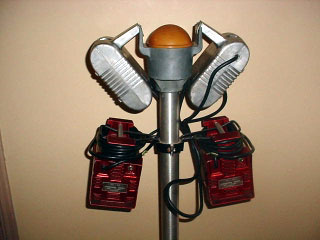 Are you referring to the heaters that were on each post at the drive-in theaters?

Or I am as old as you thought you were…

Back in those days, a radio and a heater were options. This may be where the OP comes up with “'radio heater”.

Radio Heaters — Why in the world would a radio need a heater anyway?

A tube-type car radio would have made a great footwarmer! Make it wide and not too tall. Keep the controls in the dash.

PS - the tube type car radios of my youth (GM, Ford) were head and shoulders better in sensitivity, selectivity, noise rejection, and sound quality than the transistor radios (GM, Toyota, etc.) that “replaced” them in the early 1960s-70s.

Maybe the tube type radios were better then the first transistor radios, but they sucked power. You could kill a battery running the radio without the engine going.

Maybe he/she meant “radial” heaters. Never heard of either one though.

I’ve never heard of a “radio heater” either.
Random Troll, can you please describe what you’re referring to?

The only things I found

Does anyone else remember radio heaters?

Nobody here seems to remember them, including me.

Back in those days, a radio and a heater were options. This may be where the OP comes up with “'radio heater”.

Got it! I remember reading the used-car ads in the classified ('50s & '60s); some would advertise ‘radio heater’ (no comma). I wondered what a radio heater was. (I was young.)

@RandomTroll Glad the radio heater mystery is solved.
Here are some other classified ad abbreviations from the 1950s:

Why in the world would a radio need a heater anyway?

Well, in case you’re too young to recall “The Good Old Days”, tube-type radios–both home models and those installed in cars–did take a while to warm-up. If only there had been heaters to speed-up that process…

@VDCdriver In the old days, we called the filament in the vacuum tube heaters. The filament heated the cathode. There was a difference in potential between the cathode and the plate, so the electrons would flow from the cathode to the plate. The rate of flow was controlled by an element called the grid.
The first car my parents owned that had a radio was a 1947 DeSoto coupe that was purchased in 1954. My mother was going back to work and a second car was needed. I was in 8th grade at the time and didn’t think the DeSoto with its faded maroon paint was cool and I let my feelings be known. My Dad didn’t say a word, but the next day he came home with rubbing compound, cleaner, polish and wax and it became my job to make the car look cool. I spent 3 days making that DeSoto look cool. I then tackled the radio which didn’t work. I found that the vibrator as it was called was defective. The vibrator changed the 6 volt direct current to a pulsating current that was fed to some sort of transformer that stepped up the voltage. The output of the transformer went to a rectifier tube where the output voltage was converted to direct current and fed to the plates of the tubes. This high voltage on the plates caused the electrons to flow from the cathode to the plate.
The radio in the DeSoto was an AM radio. It had an 8" speaker and for that time period, had a good tone. At night, here in East Central Indiana we could pick up a station in Nashville, TN that had.a.program called “Randy’s Record Shop”. With the shined up maroon paint and that great radio that I think was made by Motorola for Chrysler products, that DeSoto coupe became cool.