Twice someone has offered to jump start my vehicle with small pocket size gadgets. Twice it has not worked. They may hold 12 volts,but do they lack the amps necessary to start a car?
Has anyone seen those things actually get a dead battery back to life?

Yes, they lack the amps needed to start a car. The tip off how they connect. If it is through a power port to the car, it won’t jump start a car. If it uses clamps directly to the battery…it might start the car.

Need jump twice ? Might be time to find out if the battery is bad , alternator is bad or both .

Daniel you have another thread where you ran the battery down . That may have been just too much for it.

They may hold 12 volts,but do they lack the amps necessary to start a car?

I’ve got this one, made by Cobra, and while I have only used it once, it did start my neighbor’s engine w/o any problems. I see that this model has been discontinued, but Cobra has a few newer models available. 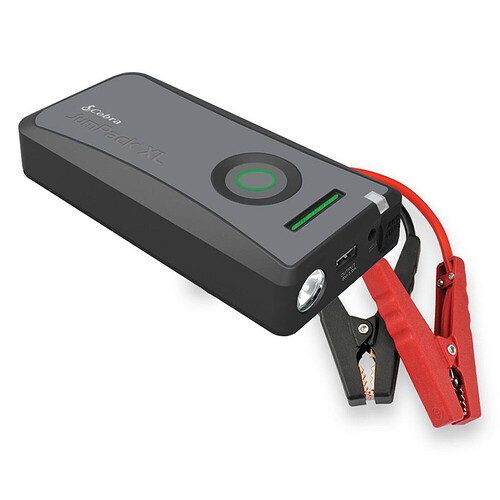 Do you really mean pocket-sized? The one I have (the Tacklife T8 Pro) and similar-priced ones are quite a bit larger than that. I haven’t used mine yet, but from my research it sounds like they do work most of the time, depending on how dead the battery really is.

Some of these will “assist” a partially drained battery but will not start one that is completely dead such as a car without a headlight timeout where the lights had been left on overnight. I have seen similar products that claim to jump start between two cigarette lighters. You would have to hope the dead battery could take a charge over time this way as there is NO WAY that circuit would handle that kind of amperage.

It probably has a high discharge lithium ion batteries such as one would see in a vaping pen or power tool batteries. Some of these are surprisingly powerful but that still seems like a big demand for something that small.

do they lack the amps necessary to start a car?

Cranking the engine w/the starter motor definitely takes a lot of amps. 100 to 200 amps at 12 volts, roughly 1000 to 2000 watts. A lot of power. Depends on the vheicle of course, less for a Sentra, more for a big truck. While a small hand-held gadget might work in theory, as a practical matter, if you want a portable gadget to crank a car engine, probably better to just purchase a car battery with a handle and keep it charged in your garage.

if you want a portable gadget to crank a car engine, probably better to just purchase a car battery with a handle and keep it charged in your garage.

Wrong again . They have rechagable battery devices that will hold a charge for quite a while . And they certainly don’t weigh as much as a car battery .

I have one of those portable jump starters and it has worked on my old CX-7 the few times I needed to jump my car.

They will start a V-8 vehicle that has a dead battery however each only lasted 2 years, perhaps 10 starts. 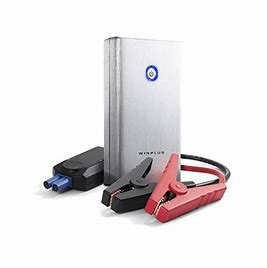 My most reliable battery jumper is shown below, battery has lasted 12 years. 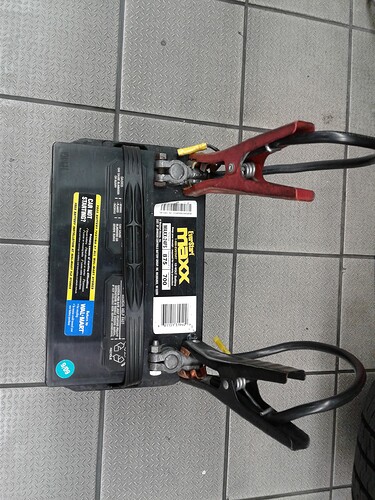