[Too difficulto geto the LED cooling fan wire without breaking into the $2,081.66 headlight assembly.] LED source is not replaceable. Yellow incandescenturn signabulb is.

Will I damage themergencyehicle’s LED headlights if alternately flashing?
The LED lamps have a little cooling fan which operates when the headlights are turned on.
Can the cooling fan wire be accessed to keep it on during emergency transports?

High beam is the low beam LED with a masking piece moved out of the beam to extend “high” beam.
(Would likely damage that mechanism if constantly turning on and off.)

(A switch in the light bar controller turns off theadlight flasher whenot needed.)

What happened to the Expedition?

What happened to the Expedition?

With too many miles on it, retired before breakdown.
Withigher ground clearance was nice for driving in blizzards. Stilhad to use snow shovelstowed in the back to gethrough some drifts.
(Nowe are to call the Department of Transportation and follow a snow plow.)

LED’s do not heat up as much as regular bulbs so wig-wag will have less affect on the bulbs.

However anyone with experience with maintenance of emergency vehicles knows they take a beating. It is not unusual to have to pull maintenance several times a month to fix/replace something. If this is a municipal/fire dept vehicle they already know the maintenance cost /cycle

If this is your personal vehicle plan on spending $$$. A shop specializing in outfitting emergency vehicles can address your fan running continuously while the lights alternate. Again plan on $$$ for the modification and for long term maint.

There is movement to reduce the use of sirens and flashing lights. Regular drivers (not someone with a CDL, mechanic, first responder etc) are frequently confused, ignore or try to beat an emergency vehicle blasting sirens and lighting up the intersection. The below average drivers can jam up the road trying to decide how to get out of the way. Studies are showing that a modest use of lights and sirens is just as effective and sometimes more efficient than full lights and siren. If they do not know the emergency vehicle is coming they can’t screw up. Though there are times that sirens and horns are needed, I’ve wanted a Mad Max plow once in a while.

Before you spend time and money pimping out a personal vehicle check with your county or state emergency services agency . Don’t listen to one first responder who likes an ego trip the lights and siren give them.

He means well.
The headlights are better at notifying drivers well ahead than the light bar lights.
Drivers then have more time to discern the best way to help themergencyehicle.

As a registered tree-hugger and Greenie, I create sirenoise pollution as little as possible.
(Unfortunately this does not wake up the photo speed van operator to prevent his camera from photographing themergencyehicle - and the Photo Enforcement Unit mails a Speeding Citation to me.)
Many trips I have made without any siren whatsoever.

When exiting Interstates, often I have turned all lights off, (am below the speed limit) so drivers will not pull to the right and impede progress into the off-ramp lane.

I be da pimp. A DPDT relay makes connecting headlights to the wig-wag circuit I designed work perfectly. (High beam, if needed, overrides wig-wag.)
To not annoy drivers, I turn off wig-wag whenot needed.

Ask your local PD where they get their cop cars worked on. Then go to that place and ask them what you need to do for proper wig-wag lights.

If I had to guess, the stock lights will probably be fine, because all of the emergency lights on cop cars these days are LED too.

The good news is that LEDs can be turned on and off without damage. Other technologies in older headlights would see a greatly shortened life when turned on and off, but LEDs are relatively immune to cycling. The fan is another issue. Inrush current from constantly cycling the fan would damage it so it would be better if you could wire it for constant power.

Edit: because of the low power consumption of the LEDs, the wig wag circuits used on conventional headlights probably would not work. You would need an electronically controlled unit that does not depend on the resistance of the headlights to be part of the timing circuit.

Thank you, both.
Police vehicles are different.
My mechanic friend said: “Who’d be stupid enough to ruin a Lexus into an emergencyehicle?” He did not like the 2 holes into each roof rack rail for expanding nuts which secure the light bar.

Designed the solid state circuitoperate the lamps regardless of load.
Just worried if I can geto the cooling motor wires to keep it on.
The motor is not operated from any of the 7 pins in the plug.
Internally connected to a wire to the LED.

Does your arm hurt from patting yourself on the back all the time.

Robert , you have been doing this for a long time it seems that by now you would have found local places for the help you need.

Does your arm hurt from patting yourself on the back all the time.
Robert , you have been doing this for a long time it seems that by now you would have found local places for the help you need.

Explains no reply to thearlier posts. Seemed like a good excuse.

Ain’t never had no LED headlights, afore.
The other places have never worked on Lexæ.
Vehicles they work on are meant for emergency equipment.

Without bothering them,y solutionow is to power that fan - but can that be done?

It can be done. Clearly the headlights now have two control circuits, one that controls them under normal conditions and then one that interrupts that circuit and takes control when you turn on the wig-wag. I’d have to see the actual wiring diagram to know for sure but I’m guessing that the power to the headlights is redirected to the wig-wag, then from the wig-wag to the individual headlights.

I am not going to mess with a $2081.66 headlight.
Letsuck says the WHOLE UNIT must be replaced if the LED source burns out.
“I been to one World Fair, a picnic, and a rodeo and that’s the stupidest thing I ever heard come over a set of earphones!” 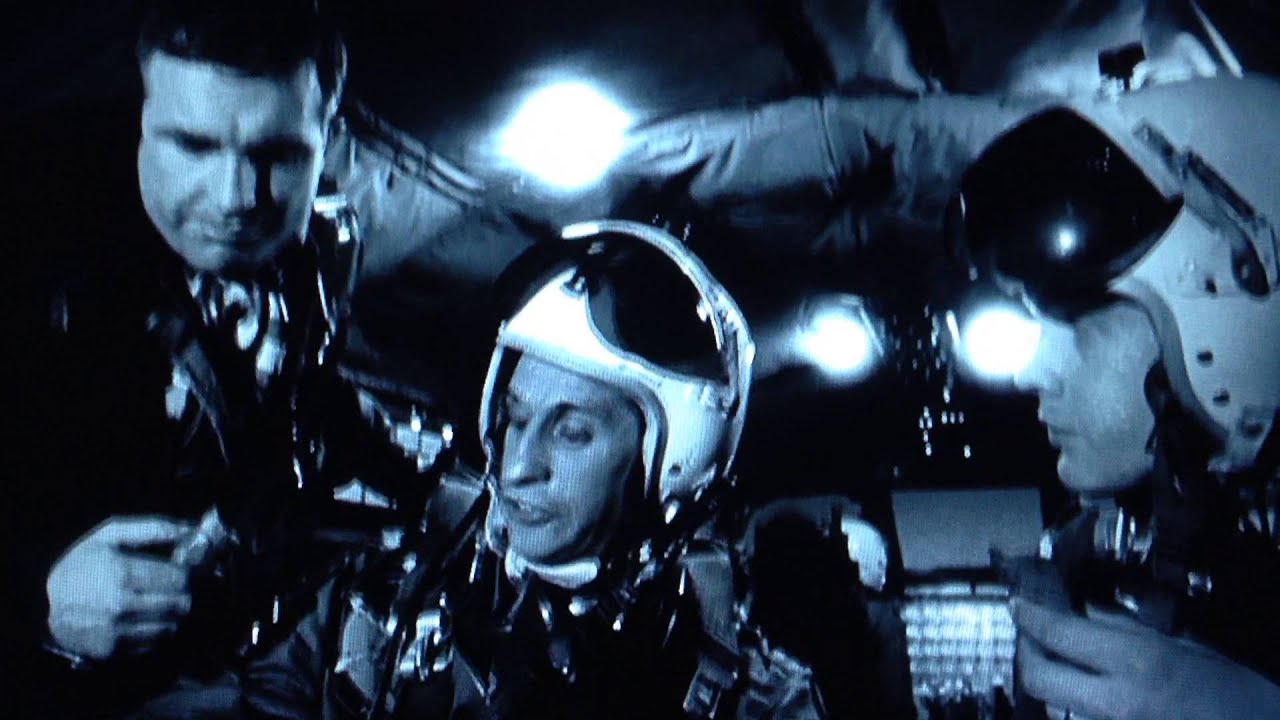 Would have to cut into the sealed headlight unito geto the cooling fan circuito keep it running continuously as its LED is turning on and off.

I made the wigwag device.
OFF - the DPDT relay contacts close to the Lexus headlight circuit.
ON - the relay connects each LED headlight to its R or L wigwag output.
Through diodes, highbeam would override and operate botheadlights.

At $2981.66 per, it would give me pause to cut into it. I don’t understand how the cooling fan works if it is inside the housing, I’d think it would be on the outside where it could make air flow, but maybe if I actually saw one, I’d understand.

But something to think about would be a pair of small 12v fans, like the dash mounted ones that used to be sold before AC became universal (JC Whitney), wired to the headlight wire before the wig-wag and mounted just behind the headlight, IF there is any room. Probably not.

Why not add 2 driving lights and make them wig-wag? Take them off when u sell car

Appears the fan just blows air around inside the housingaining some cooling againsthe housing. Presumably it isealed well to keep everything clean.

Why not add 2 driving lights and make them wig-wag? Take them off when u sell car

Yes. That is the best compromise. Wife wants them behind the grill to maintain a sleek appearance. Seems to be ignoring the obstruction across the roof rack:

Use the suction cup lights tow trucks use. Plop them on the hood, nice.

Are these LED headlights with fans stock?

I’ve played with some aftermarket LED Headlights that came with the little fans on them, and for the cost, I found them to be very unreliable. I ran them in my big trucks (9007 series bulbs,) and also in my Chevy van (9005, I think?) While bright enough for my liking, they failed very quickly. Usually, I would find the fan quit and that is why the bulb quit. I went back to stock on all of them for now.

Use the suction cup lights tow trucks use. Plop them on the hood, nice.

Would probably blow off above 115 mph.

Are these LED headlights with fans stock?

I’ve played with some aftermarket LED Headlights that came with the little fans on them, and for the cost, I found them to be very unreliable. I ran them in my big trucks (9007 series bulbs,) and also in my Chevy van (9005, I think?) While bright enough for my liking, they failed very quickly. Usually, I would find the fan quit and that is why the bulb quit. I went back to stock on all of them for now.

Stock. Internal fan connected to the LED power circuit. Can’t keep the fan on steadilyvhile the circuiturns the LED on and off.