I was wondering if anyone has used this or knows much about them. Costco usually sells pretty good stuff so assume they meet or exceed all modern specs. This seems like a good deal and I am sure any of my cars will die of rust or some other problem before the engine blows up. 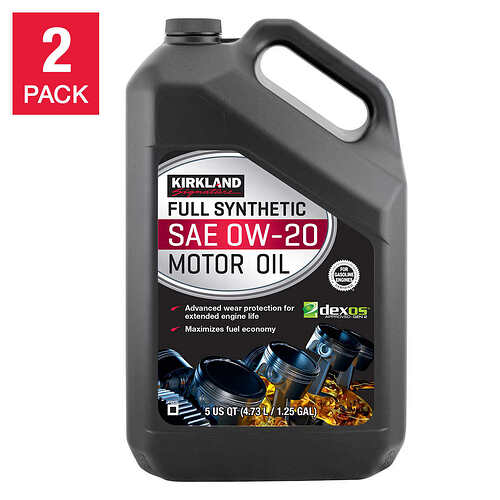 Costco Wholesale has for their Members: Select Kirkland Signature Motor Oil on sale listed below for $31.99. Shipping is free. Thanks to community member Big22 for finding this deal. Note, i ...

I also notice they have a diesel 15W40. I have been running this from Rotella in non-OHV/valve in block/flat head/L-head or whatever you call the more simplistic non-overhead valve mower engines and such with great luck.

Motor oil has gone up in price like everything else and this seems like a good deal.

I believe it’s made by Warren Oil. I think they make the Walmart brand too.

I seriosly doubt that Costco would sell a oil product that would cause problems . Many house brands are just fine so find something else to worry about.

Last I checked, it’s a Costco-branded product made by Warren Oil. They make several private label brands. I used some of their products back when I had my own shop. I had no qualms about using it in customer’s cars.

I figured they would be fine as Costco has pretty strict quality standards on most of their products. I can use my parents account and I also have a Sams Club account since I am closer to those. I have found the Costco brands are a tad more than Sams but also of a better quality so worth it.

I have no issues with Wal-Mart oils. I once dated a girl who was terrible about car maintenance. I changed her oil for her and she had let it go WAY beyond the suggested OCI with Wal-Mart oil. The oil was black as night but I could see no sludge buildup under the valve cover thought the oil fill cap. The top of the head was clean aluminum, not brown or black. I am normally not a Wal-Mart guy but this gave me confidence in their oil brand.

My local Sam’s Club sells Mobil 1 among other brands. I’ve been using WalMart’s SuperTech synthetic oil for 2 changes now in my old truck. I would not be concerned about Kirkland as I think the same company, Warren Oil, also makes SuperTech oil.

I only buy engine oil at the Costco warehouse when it’s on sale . . . and then I stock up

Either way, I think the Warren oil does a fine job for an economical brand.

We use the Costco brand on 2 of our 3 vehicles (still getting “free” oil changes form the dealer for the 2019 Toyota.) No issues here.

For vehicles with GDI (gas direct injection), the Warren oils may actually be better than some of the top names. There is an ASTM test for oil misting, the lower the score, the better. Oil mist collects on the intake valve stems and the intake ports. It used to get washed off by the port injection.

Now with GDI, the mist accumulates and has to be removed with special chemicals sprayed into the intake while the engine is running. Last time I checked, Warren oil had one of the lowest misting scores (lower = better) of all the oils tested.

I don’t remember what the ASTM standard is, but to find the scores, you have to go to the web site for the oil you are interested to find it, and some oil companies, even the big name companies, will not list it at all.

It has been a while since I checked this and oil companies are constantly changing their formulas. I use the Kirkland myself but in the last year, the price has gone up from $24.99 for 2 - 5qt bottles to $38.99. Still a bargain but not as much as last year.

Costco is fine BUT in my 1950’s car I use exclusively Castrol GTX Classic 20W-50 with it’s High Zinc formula. Costs about $25 a jug at Walmart, about the same as Rotella .

Logic is, I never run the vehicle in cold weather and the manufactured tolerances of these old engines was much looser so the lower “W” viscosity isn’t very important.
Likewise, since the oil is changed very frequently at low mileage intervals and the operating temperature is much lower than modern gas and diesel engines, I’m also not concerned about thermal breakdown of the oil.

BUT the high zinc content of the original oils, which can’t be used in modern cars due to Cat degredation, also provided a significant “top end” lubrication benefit.

IN MY HUMBLE OPINION (i.e. I know I’ll get some blowback), any synthetic oil, made by a major manufacturer, to your vehicle manufacturers specifications and changed to their specifications will do the job just fine so buy whatever brand is on sale or the cheapest.
On the other hand, if paying twice as much for an oil made by “Royalty” or from your car’s country of origin helps you sleep better, what the heck!

I expect Costco’s oil is perfectly fine for use in most cars. My gf has always used Costco oil, never had any engine problems. I used to buy Pennzoil dino-oil at Costco, but when they switched to a different brand, chevron I think, after that I now mostly buy my Pennzoil at Walmart. Not everyone agrees here, but I have the opinion that it is best for the engine to stay with the same brand of motor oil.

This is why I run 15W40 in flat tappet small engines. I actually had two Briggs and Stratton engines flatten the cam lobes so figure this is good insurance. Of course I don’t know how they were treated before I got them. I use heavy duty diesel oils which have more anti-wear additives. You wouldn’t want them in a cat system but for a non-emissions small engine, they seem to work well for me. Anything OHV or used in the cold gets the same thing but in 5W40.

Yes. Your car may need some more specific than the 2 letter code and the weight range. I see long multinumeral codes on some oils. Best to use an oil that matches what your carmaker recommends.

I’ve just picked up 2x5 quarts of 0W20 at my local Costco for $31.
I’ve been using it for few years and it works great on my family fleet.

It only meets current API specs but that is probably a licensing thing. I see nothing about GM Dexos and such. Either way, I am sure it is fine. Kirkland Signature Full Synthetic SAE 5W-30 Motor Oil | The Petroleum Quality Institute of America 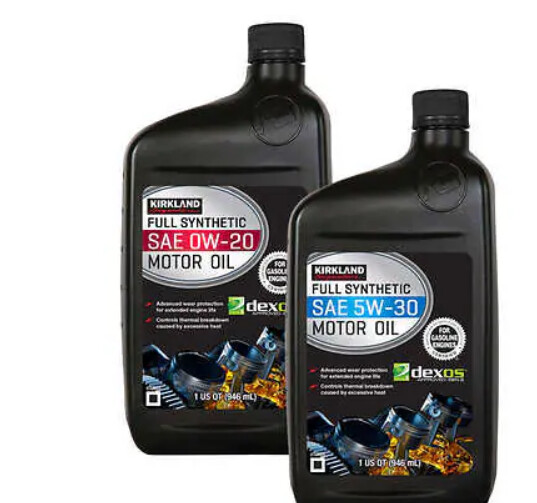 Any major brand oil or a house brand from a major company will be fine. Just get the one that meets your car specs or higher.

Wife and I both work at home most of the time so we drive a lot less and thus change oil on vehicles a lot less. With my wife’s Lexus I’m now changing the oil by months instead of miles. There really isn’t much of a yearly cost savings by looking for the cheapest oil. I don’t worry about it.

I see nothing about GM Dexos

It’s mentioned on the front label.