Not very aware of details

I find it almost incomprehensible that this customer didn’t notice for 2 months that the Dodge dealer had given him a cheaper Charger, with less equipment than the one that he ordered and paid for, but at least the dealership is trying–belatedly–to compensate him. Even if he wasn’t too aware of the equipment differences, apparently he never even glanced at the model designation on the body of the car: 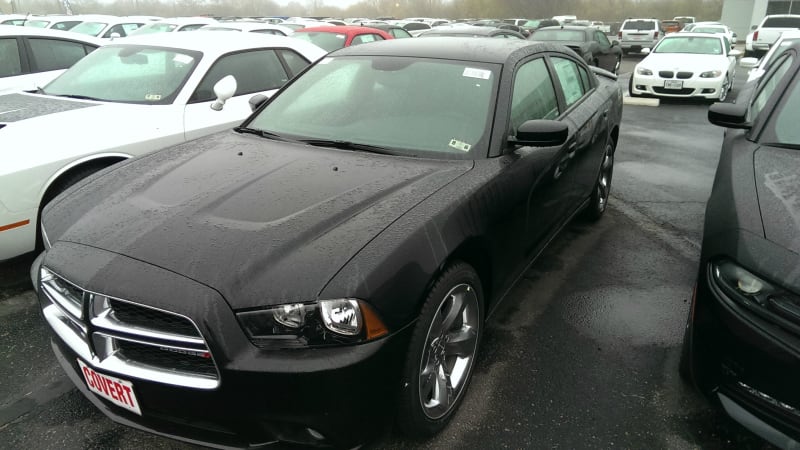 A Dodge customer ordered a Charger SXT, paid for a Charger SXT, but received a lower-spec Charger SE instead. Two months later, he and the Dodge dealership are trying to sort out the mess.

On the surface anyway, the customer sounds like a bit of a PITA. Mistakes happen as dealers are buried under an avalanche of paperwork. That’s why many have those unseen clerks behind closed doors handling car titles, finance papers, and so on.

The dealer caught the problem and offered multiple options to placate the customer. My gut feeling is that this is one of those customers who wants that punitive damages, “add more” option…

I would strongly suggest that the buyer immediately check his/her paperwork against the VIN on the vehicle.

Beyond that, it sounds like the dealer is operating in good faith. I tip my hat to the dealer.
Unless, of course, it turns out that the dealer has screwed up the registration paperwork and the VIN number is wrong, in which case the dealer has no choice but to correct the problem.

Two days after I bought my 2010 Cobalt I got the call from the dealer saying they gave me the wrong one. Other than an extra trip to the dealer to pick up the correct Cobalt it was no big deal. The dealer had 3 identical silver Cobalts at the time, so it was an honest mistake.

I can see how this could happen to some people. My elderly aunt ordered a new Chevy Malibu in a particular color she liked (Crystal Red). She spotted a brand new Chevy Cruze with the identical color on the way to the showroom to pick up her new car. No amount of talking could convince her that the Cruze was not her new car. After a bit of paper shuffling…she drove home in the Cruze. I actually think she got the better car.

As we go to press, the Charger owner had yet to make (or at least share) his decision. But while the principle of caveat emptor makes us wonder how he managed to take home a different car from the one he paid for, clearly the salesman and the dealership made a pretty large mistake by presenting him with the wrong set of keys and letting him off the lot without double checking it all.

Yes the dealer did make a mistake, which apparently they not the customer caught. On the other hand the customer was oblivious and didn't even notice the difference.

like a five-speed automatic versus an eight-speed, a 4.3-inch infotainment display instead of 8.4, heated seats, leather steering wheel, premium audio, remote starter and so on.

This moron should be glad the dealer figured it out, (albeit way after the fact) because it looks doubtful the customer ever would have. Unless of course he moved to FL and they noticed the VIN on the car didn't match the one on the paperwork.
Yosemite January 3, 2015, 9:27pm #7

I would not be so hard on the purchaser.

Many people don’t know half of the options on their car and couldn’t tell you what the difference is between a SL and a SLX.
They wanted the bigger engine and are shifted into the SLX model, from there it’s all just a fog…what the dealer/salesman spouted off…between the 6 cup holders and the number of channels they can store on the radio. Way too much for most to take in and grasp, so much is lost before even signing on the dotted line.

He’s just lucky that the dealer was honest enough to want to correct the mistake. They could have figured that he was pleased and now sell this car again and keep the profit.

I have a 2003 Dakota pickup and I’ve had it at least three years. I first found out a month ago that I had fog lights and they were operated by pulling out on the light switch. Never noticed them and never looked for a switch.

I’m with Yosemite no this. Many, perhaps even most, of the people buying new cars really have no idea what’s on them or what should be. They find a car they like and buy it. End of story for them. And that’s okay. Not everyone really cares about the bells & whistles.

I know nothing about skiing. If I bought a pair of skis and some “extra” detail was missing that should be there, would I be a moron if I didn’t realize it? I think not.

Making fun of the customer may be really satisfying for us, but it doesn’t change the fact the customer did NOT get what he paid for

Implying that he doesn’t deserve what he paid for, because of his “ignorance” is just plain mean

And it doesn’t make sense, either

Yes, it’s good that they noticed it before the customer did

Many don’t even know how many cylinders they have

Many are unaware of the car’s universal garage door opener . . . usually on the overhead console, or the sunvisor. They’re still using the hand held clicker, which is sometimes DIRECTLY next to the universal

When I bought my last used car, I didn’t notice the lumbar support, until a few weeks later

I had a good chuckle reading this…I just came from a ride in a friend’s Ford Fusion (nice car). I asked him what engine he had and he thought it was a 1.6 liter. “V-4” was mentioned in this conversation. I knew that a 1.6 wouldn’t drag this thing around with 4 people, and looking on the internet quickly revealed it to be a 2.5 Duratec. The funny thing is that the owner of this car is a mechanical engineer and his wife will vouch for his infinite knowledge of cars and engines!

Ford has put its 1.6L turbo in the Fusion recently.

This thread is another data point about how those of us who frequent this forum are a minority in the way we pay attention to mechanical detail.

There is another thread I just read that points out the temperature gauge was omitted in favor of an idiot light. Fact is, most people probably ignore the gauge and would have a better chance of noticing a flashing red light. I value the gauge because I glance at occasionally and have been able to spot looming problems early. But I suspect most people never even look at the gauge let alone know where it normally sits. An analog gauge or readout is wasted on them and probably not as effective for the vast majority of users. Couple that with the fact a dummy light only requires a temperature switch to activate which is cheaper to provide…

I’m not sure what the answer is when it comes to idiot lights and gauges. Note how many complaints have surfaced on this forum alone about engines wasted due to overheating or lack of oil. How many of them also state that “the temperature gauge never showed overheating…” or “the oil light never came on…”.
The latter has been stated multiple times after people drove off from a Jiffy Lube with no oil at all.

To subscribe to that theory one would have to believe that all gauges and lights conveniently go on the fritz right before overheating and lack of oil pressure occur.

To get someone’s attention any warning is going to have to be obnoxiously intrusive and would need to be given while the problem is developing; not after the damage is done.

With all the computerization in vehicles now, it baffles me why more attention to alarm annunciation isn’t being done. My 2004 Trailblazer would start making audible warning sounds if the temp GAUGE was approaching the danger zone. Saved me from overheating with the plow on once…

Flashing LEDs and audible tones should be basic for such potentially expensive and hazardous conditions regardless of whether or not you have a gauge or idiot light.

@TwinTurbo: I’d rather have an oil pressure gauge than an idiot light/gauge because I can monitor the hot idle PSI (over time) as a estimate of lower engine wear. Knowing that, I can decide (for instance) if I can get away with a ring job, or a full engine overhaul. Such a gauge would also help in titrating toward a new oil viscosity, as well.

’Maybe a white gloved robotic hand popping out of the top of the dash to administer a moderate backhand with a loud “PULL OVER FOOL” audio and one of those WWII submarine klaxons going off… ;-)"

The Frank and Ernest comic strip had a panel last week with Frank and Ernest standing in front of a steaming car with the hood up. The caption was “I didn’t even know it had a kiss your engine good bye light until it came on”.

Sorry I can’t find a way to link it.

Here’s the comic MG was referring to. I pulled it out of the other thread.

So I guess it was here before. Obviously I didn’t know what options I had…

I’m an advocate of a system that
has an oil pressure gage,
with an embedded idiot light,
and what my '72 Vega had; it would shut the fuel pump off if the oil pressure was lost.

NOTE: I’m I favor of an “override switch” so that a driver has the option of wasting his/her engine to get off the narrow bridge, but doing so should be a conscious decision.