Not sure what to do with my car

So I have an 04 rx8. I’ve had it for roughly 5 years. The engine was compression tested at Mazda 4 years ago and was said to be failing. I’ve driven it practically everyday since. It’s a fun car to drive but I can’t afford to fix it. I’ve put a bhr midpipe with cat and bhr ignition coils in. New radiator 2 years ago and new clutch 3 years ago. Installed a reinforced clutch pedal assembly also from bhr.

Both light control modules** have failed so the car has no low beams and I can’t afford the replacement parts. The high beams work fine though

Also at the moment I’m homeless without a job.

You could check on an RX8 forum, see what it might be worth. If possible you’d want to get a cheap used car that was easy to fix. Tough situation, though.

Buy one of these. 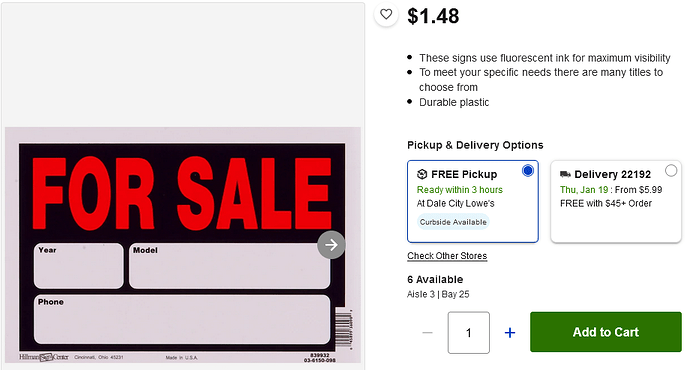 Thanks for the response!

I have checked out an rx8, I haven’t posted this question there yet. I might have a prayer of getting a decent price for it if the headlights worked

For my own knowledge—What is ICMS? Google did not help.

For my own knowledge—What is ICMS? Google did not help.

Light control modules* sorry about that

The simple question is, “Also at the moment I’m homeless without a job”.

The priorities are always Housing, Food and Job.and I hope you get whatever proceeds from the sale to get your life back on track .

Have you priced a junkyard for these parts?

No I have not

It’s seen a lot of road time. But I’ve been adamant about oil changes, and there’s no rust. The body is In pretty good shape. Minus a kneecap size dent in the rear driver side door.

Have you priced a junkyard for these parts?

Is the RX8 a common vehicle in the salvage yard? I see a used HID headlight assembly in New York for $400.

Is the RX8 a common vehicle in the salvage yard?

I have no idea, but it seems like the only option for the OP to have a running car.

but it seems like the only option for the OP to have a running car.

If that’s the right part number, I see at least one of those as a salvage part on eBay for $65.

First thing I’d do in that situation, check the inventory at the local Pick n Pulls via their internet web-site. Easier for the diy’er than used auto parts recyclers, who focus more on repair-shop-mechanic customers. Even if P&P doesn’t have that particular car, they’ll give you a print-out of all the make/model cars that use that module.

Or just keep your driving confined to daylight hours.

When purchasing next car, suggest to consult publications which rate reliability and total cost of ownership before deciding.

The low beam headlights have high voltage HID bulbs. The control unit is the ballast.