Not recently, so the answer is likely not. Honestly, I don’t recall the last time I had fresh fluid. Given the situation, I would say it’s a big miss by me (in hindsight).

I feel better knowing about this. Of course, it’s a little late for me and this will be an expensive fix. But at least it’s not something uncommon for the make, model and year of my vehicle. Still, given that it had no prior problems, and that it’s a 157K, and that most automobiles ought to last a lot longer than that, I took things for granted.

most automobiles ought to last a lot longer than that, I took things for granted

Yours still IS lasting longer than that. A transmission replacement will put it right back on the road. All models have some weak points. We fix them and drive on. It is called maintenance. Sometimes that maintenance is expensive.

I appreciate that. But this feels like a defeat. I’ve only owned three cars since age 22. I’m 46. I was a much harder driver and more careless on the previous two vehicles (both Pontiacs - the model no longer exists). The first car died with 140,000 miles on it. I was in my 20s and HARD on it. My second vehicle, a Pontiac Vibe, went over 205,000 before I decided to go another route. I’ve been good to this vehicle. It was good to me. Until Monday, that is. Yes, the transmission will be replaced. Hopefully, the market for used vehicles will start leveling off at some point. Another 3-4 years? I don’t know. And will I be in a market for an EV by then? Stuff like that has gone through my mind of late.

If you have not been getting transmission fluid changes at least as often Nissan recommended, every 60k miles, you were very lucky to get this far.

From what I have read, you got more miles out of your CVT than most do. I have a 2012 Camry I bought new, I drove an Altima first and liked it better but decided I did not want a car with a CVT.

Correlation is NOT causation. Mechanics get this kind of stuff all the time. “You just changed my oil and my alternator died on the way home” or some variation is heard from many customers. Sometimes a part is due to go and the service that precedes has NOTHING to do with the imminent failure.

I bought my last car (2018 Mazda 6) because it had a 6 speed automatic that had a history of being reliable and long lasting. It pays to understand the strengths and weaknesses of what you are buying up front to avoid disappointment later on.

A tale of two Altima CVT’s . A friend and a sister bought at same time. Both older conservative drivers. One started showing classic signs of early failure ( 40,000 or so miles) and got traded in for a stick shift Civic and the other going strong at 180,000 miles….with no fluid changes ever.
The friend has been contacted for the class action lawsuit.

Walmart didn’t do or contribute anything to your transmission failing.

It was a combination of age/mileage, (apparent) lack of regular fluid changes, and just bad design (CVT).

Still…I’d get some more opinions before junking the car. Check with Nissan, see if they might happen to give you some “goodwill” assistance, given the known problems with the CVT transmissions.

If you like Nissan’s, next time buy one with their highly reliable manual transmission. Then you should be good to go.

next time buy one with their highly reliable manual transmission.

So many to choose from, the Versa is the only Nissan offered with a manual transmission.

Versa it is then. The Versa is a good car. And the Nissan manual transmission is considered to be very reliable. Were I looking for a new car, Versa w/manual would be on my list, that’s for sure. Another motivation, the Nissan dealership parts department in my area has always been super-helpful.

I wonder why Nissan changed their name from Datsun? I always liked that Datsun B510. And the 240Z, who didn’t like that one?

I’m not loyal to Nissan. I am also not junking the car. Getting the transmission fixed. I want to wait out this current inflationary period and hope prices stabilize in the next two years. By then, will I be in the market for an EV? From what I read, by 2030, our roads will be populated with more electric vehicles than we can even fathom right now.

Eight years ??? I hope the electric power grid is ready.

Eight years ??? I hope the electric power grid is ready.

Wait until the electric bills start coming in and the brown outs. People are livid enough about the cost of gas.

According to the power company here last year wind power is roughly 25% higher per KwH and solar is 375% higher per KwH; and the trillions of dollars needed to build countless power generation plants, substations, and the massive grid to deliver it has not even begun construction with those costs factored in yet.
And they just tacked on a 9% increase for other reasons. It was going to be 6% which led to 7 which led to 8 which…

As for your transmission failure that can happen at any moment with any make of car and transmissions are not the only fine one second; bad the next item. Years ago the trans in my Mercury Sable decided to go belly up in seconds. Fine at the traffic light; not so fine crossing the intersection with only 130k miles on it and regular fluid changes. Cracked clutch drum…

Same with a strut (40k miles on them) when I changed the oil one weekend on another car. Lowered the car and noted the stance was different. The car bounced like a ping pong ball just from the simple act of raising it up and lowering it back down.
Coincidences look suspicious but it is not that rare.

Are you replacing trans or having a shop repair it?

Or possibly more than we can supply electricity to. Unless we burn coal

Upon arrival to the aquarium, the vehicle began to shake and had difficulty accelerating. At first, I thought “God grief, Walmart put the wrong tires on the car”

I’m appalled. NOT ONE TIME was there ever an indication this type of disaster would unfold.

I really don’t mean this as flippant or snarky, but if your understanding of cars is lacking to the point that you believe there could be a connection between installing 2 tires and then later on the car not accelerating, perhaps it would be easier to lease or buy a new car every few years so that breakdowns and repairs will likely never happen.

I often hear the phrase

I NEVER had one problem with it.

Transmissions are complex items full of moving parts, and all moving parts wear and fail. Did yours fail prematurely? Nah. You got over 100,000 miles with it… 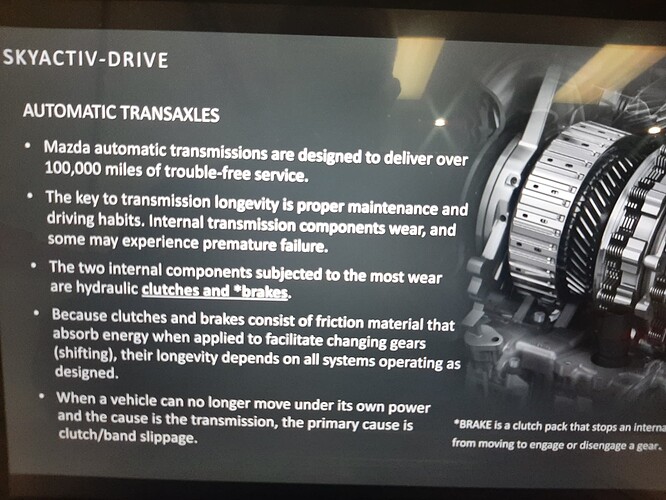 BUT it is still possible that Walmart caused the failure, not very likely but possible. Not from the tire change but from the oil change. I do not know if this CVT has a drain plug in the pan, but f it does, the oil change tech could have accidently drained the transmission and then to cover his tracks, put the wrong transmission fluid back in. Just sayin.

BTW, this actually happened to my mother with her brand new Simca she bought in 1967. First oil change, the dealer drained the transmission and put 4 qts of oil in the engine on top of the 3 qts (3 qt capacity) that didn’t get drained. They could not get a new transmission or even the parts needed to repair it. Oh yeah, it was a manual so there was no pan, just a drain bolt in the case so what he was thinking, I don’t know but he buggered up the drain bolt in the process.