So I can’t post pictures here? I will do best to describe issue. I need to replace negative battery terminal.
Ford Fusion 2010 Sport 3.5L
My negative battery terminal is different than standard terminals. It is the somewhat standard piece, but it extends down and attaches to the cable halfway down the battery on the side (like an extended terminal of sorts). Also, the cable didn’t reach up enough to just cut it and put a standard terminal end on it. I called Ford and they said they only sold it as a whole cable+terminal combo because it is a special kind. After removing my battery trey, I feel like I could fix the cable management a bit and get more slack on the negative terminal cable to possibly just cut it and replace it with a standard battery terminal end. Would this be a bad thing to do? Is there any specific reason I should go through Ford to replace the whole cable and keep these hard to find hyper specific parts?? Or could I just try to get some more slack and cut the end to replace it with a standard terminal end to make it easier to deal with in the future?
Any explanations would also be helpful, trying to become better at all this.

The more complicated the cable assembly is, the more reason to just buy the Ford part. Why? You may actually be saving money, you are saving time, and because you don’t want to create problems for your car.

That said, there are a number of cable segments sold on Rockauto… go there and look up your car and engine and see if any of those parts will solve your problem without buying the Ford part.

If you splice, make sure you have a good splice and the splice insulated again. Haven’t seen the rock kits but when the power company spliced our line, they had an epoxy encapsulating kit. Of course underground is different than a battery cable, but consider good insulation anyway, not just black tape. I’d probably just get the new cable.

We have a local batter store that carries bith Willard and Viking batteries that will make up cables for you pretty inexpensively. The last time I bought a truck battery from them the counterman asked me if I wanted a Willard or a Viking. I asked him which was better. He said, you don’t understand, I have not put the brand label on yet.

In that case, I would go with the Viking ‘Fran Tarkenton series,.

I would go with the Viking ‘Fran Tarkenton series,.

Ya got something against Willard the Rat?

I’ll go for the Willard Scott battery. He wasn’t just Bozo the Clown, he was the original Ronald McDonald. And also the weatherman for the Today Show. 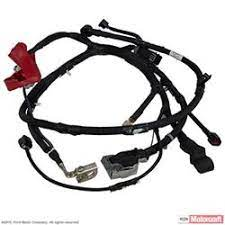 I have used splice cables to repair cables that are built into the wiring harness. 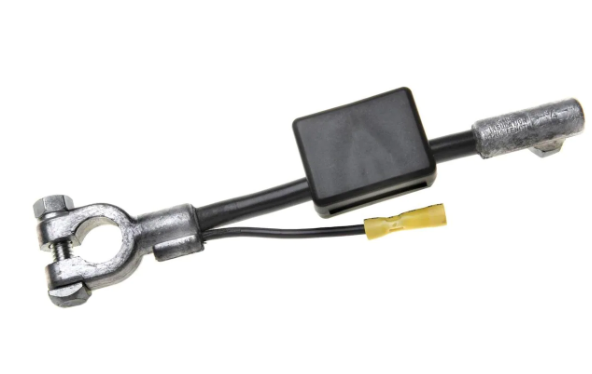 Should be possible to home-brew a solution in theory. But in practice not so easy. For example all the starter motor current goes through that cable every time you crank the engine, probably in excess of 100 amps. Even a small resistance, say 0.1 ohm, would result in a 10 volt power loss during cranking, and starter motor wouldn’t work. Also in some battery/charging system configurations the alternator charging current monitor (used by the charging system and for alternator failure warning light) is related to that harness configuration. IMO, best to retain Ford’s original oem wiring harness design.

So I don’t know why the guy on the phone didn’t say this before having me come in but it seems they have discontinued the OEM wiring harness for my vehicle. I wonder if there are cross compatible harnesses? Or I could potentially use a splice kit.

I think the parts counter guy would know that. Parts used in more than one model often carry the same part number or all like part numbers are linked in the parts database. You could try a different dealer or go with the splice route.