My Integra Story and a cost analysis

I bought my 1999 Integra in 2006 with 106,000 miles. 5 speed, good solid clutch, ran well. Over the years I replaced or repaired it as needed. Three years ago I replaced the fuel lines, brake lines, all shocks and struts. New tires a year and a half ago before the clutch started to slip. I took it off the road, being unable to repair the clutch at the time.

Today I can repair the clutch but upon starting the car (and I had been starting it and running it as often as I could, but not driving due to bad clutch) this week I noticed some smoke coming off the front left (while facing car) below the fourth spark plug, there seems to be some oil seeping out from that area. I had recently replaced the spark plugs and that one was corroded some. SO, my son says I need a new Head Gasket and that is a big job. He also said it would be easier to get a new engine with less miles on it and swap that out.

I am NOT inclined to choose the option my wife prefers, sell the car as is for junk. It ran great, clutch slipping aside, before I left it outside for a year (which I greatly regret). I have to have it towed to a mechanic and can probably acquire an engine.

Is it worth doing? The engine has 229k on it so should I repair the head gasket or replace? Obviously I love the car…seeking opinions. Assuming I can get an engine for 500-600, what would a swap cost and what are the risks versus a labor intensive head gasket replacement?

Are you sure it’s the head gasket ($$$$) and not a much more common leaking valve cover gasket ($)?

The cost will be determined by the shop you choose. This vehicle better be in really great condition before I would put any large amount of money in . I tend to think your wife has the correct answer .

Slow down, pardner! You need an accurate diagnosis of that oil leak. It could be a simple matter of the rubber gasket or an o-ring on the valve cover.

I can take a video of it running tomorrow to show where it is smoking from. We replaced the valve cover gasket a few years back.

Those were fantastic cars, but you have to realize that at this age, the need for repair is only going to speed up. Then you have to decide if you’re a classic car collector or not.

If you keep the car, it’d probably be best if you had a backup vehicle so it didn’t have to be your daily driver.

That can work out fine. I have a 1993 MR2 that needs a lot of fixing these days because it’s 27 years old. It’s most certainly not my daily driver, or even a weekly driver most times. From a purely economic standpoint I’m being foolish because I’m spending money on it every year (in registration/insurance if nothing else) and not driving it much. But not all decisions are or should be made purely on economic grounds if you’re fortunate enough to be able to absorb some unnecessary expenses.

Were it my car, and if the body’s in good shape, I’d definitely keep it, but that’s because I have a much newer and more reliable car as a daily driver, and I am lucky enough to be able to afford to fix what breaks on a toy car.

But if you just like the car because it’s familiar, and don’t have any special affection for classic Hondas, then economically you’re better off getting rid of it.

Something else to keep in mind…

After you get a real diagnosis of the issue with the engine/oil leak…remember that pretty much everything else on the car is old enough to buy beer now (21 years). I’d predict that if you sink a bunch of money into either engine repairs or a new (to you) engine, you’re still going to have other, possibly expensive but expected repairs too. It’s just the nature of the beast.

Somehow I suspect your wife has already told you all this, or at least knows it, and you don’t want to hear it. Just remember: sleeping in that Integra will get old quick.

The oil that has seeped onto the exhaust manifold will burn off after 2 miles of driving.

I can’t drive it with the bad clutch but I have the clutch money saved up…I think I decided I was going to keep it when I replaced both the fuel and brake lines, front to back. There is very little rust, though I admit the body isn’t like new. Maybe it isn’t a head gasket. I will see if I can take a video and maybe that will help figure out what it needs. Yes, my wife sees it as a money pit but she bought a new car and spent 22k over the last 7 years whilest my Acura cost me 17k total since 2006 (including purchase). We would spend 2k to fix her 2013 in a heartbeat yet 2k for me? (just offering my side for those who agree with her)

If you are taking about the purchase price and service then forget it . That is the cost of having a vehicle .

You really don’t have a vehicle repair problem , you have a family decision problem . You let it set because apparently you did not have the funds to repair it . What are you going to do about the next major repair on this old vehicle .

Regardless of what it will take to fix this small oil leak, you obviously don’t need this car to get places, or it wouldn’t have been sitting for a year. It’s not collectible, not will it become so. I vote to take it for a one-way ride.

Her 2013 is probably far less likely to develop another expensive problem after you spend that 2 grand, though.

Again on my MR2, I spent 2 grand getting the front seals done (plus t-belt, etc) and almost immediately after that I would have had to spend probably around $1500 replacing the rear ball joints. As it was, I can do that work myself so I saved a lot of money and it was OK. Shortly after that the window jammed in the down position and I had to replace the regulator, which again would have cost me a lot of money if I hadn’t done it myself. And it’s gonna need another $2,000 in suspension replacement sooner than later. And it’s almost guaranteed it’ll need something else after that (the clutch has 130,000 miles on it so it’s almost gotta go soon, and while that’s being done I’d be smart to do the rear seal on the engine). And that doesn’t even get into the part where it needs a paint job in the worst way.

All of those things get lumped in the category of “this is a really old car and something will always go wrong with it.” That’s the case for your Teg as well, and not nearly as true for your wife’s 7-year-old car.

There are plenty of more expensive hobbies out there, so if this is yours, fine. The sooner you can get it running so it’s no longer ‘that junker in the driveway’ the better, I’d think.

I also drive cars of this vintage. If this were my car, I would take TWO major problems as a sign from above that my car is near end-of-life. The nice part is that somebody who does their own work will still be interested in your car as-is, for fixup r parts. Remember that “bad luck comes in threes” is a mathematically proven adage. CAVEAT: make sure you get a correct diagnosis before you take any action.

I will also point out that you now have the perfect car if you want to be an avid DIY-er. You like the car, any mistakes you make have a limited cost. Diagnose it, get a used engine and a new clutch, and jump in!

I appreciate the opinions. My wife will respect whatever I decide. Yes, I have another car. I think I will take the advice of seeing if I have a big problem or a smaller one first. I don’t see the clutch as a major repair. I expected it to go but lost my job and decided to keep one car running instead of two a year ago. Now I have the opportunity to repair the clutch and so I started it up and saw smoke coming from the engine. It is obviously oil burning and it is leaking from somewhere. No way I’d dump this car with all the new and recently replaced parts you “trash it buddy” guys are ignoring if it was JUST the clutch so I will take a video of it running and see what you guys think. Maybe I don’t need a head gasket. 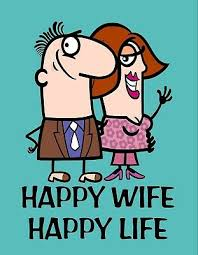 If the body is in decent condition, I would keep the car. The first thing you should do is attempt to diagnose the oil leak, or have it diagnosed professionally. It is much more probable that the valve cover gasket and/or spark plug well seals (which are rubber) have deteriorated while the car was sitting than it is that the head gasket (which is made of stainless steel in this car) has. It is not difficult to replace a valve cover gasket and/or spark plug well seals as a DIY project, nor is it expensive if you pay a shop to do it.

I question the condition of the body structure if the brake and fuel lines rusted out two years ago. If you take it to a shop ask their opinion on the structural integrity of the car.

My youngest son had a trailing arm break free from the body from rust and the axle drifting back on that side self applied the parking brake and spun the car like a top in our court. Would have been very exciting on the highway.

I don’t think that car is worth filling the gas tank. It’s nothing but a honda civic.