I own a 2003 Honda pilot and my mechanic has replaced the steering rack four times and each has failed. He blamed the part manufacturer. I don’t know much about these things, but it seems unusual that a part would fail four times. We have already spent $2000 for the initial repair (The part was under warranty and has been covered), but now he wants to use Honda parts that cost another $1,000. I have lost trust in him and faith that he knows how to fix the problem. I don’t want to spend more money if this is not the solution. Any ideas as to what could be going on would be very helpful!! Thank you!!

In what manner are the steering racks failing?

In the same manner each time. It begins to whine and make noise when starting and turning. At certain times, the steering feels jagged. When we check the level, it is low and when we take it in the mechanic says there’s a leak in the rack.

The problem might be with the power steering pump.

The power steering pump has a pressure relief valve inside. 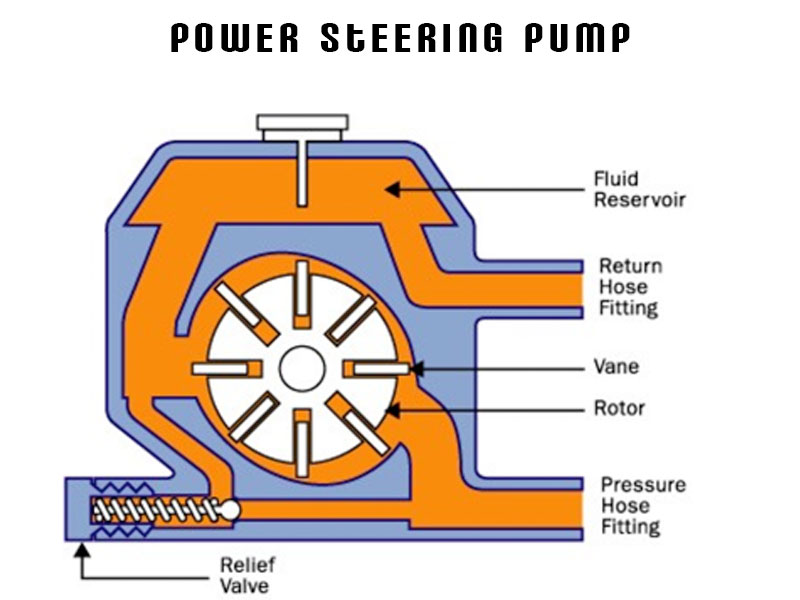 If this valve has failed, the pressure may build where it blows the seals in the racks.

Tester is correct. It boggles my mind that the guy would go through this 4 times (and wanting to do a 5th) without pausing to think things through at some point.

Two grand seems a bit high for a aftermarket rack replacement. Surely he’s not charging you labor for each of those 4 times even though the rack is under warranty. If so, wow…

At least once, maybe twice. The first time he fixed our car, he told me he wanted to keep it an extra day cuz he didn’t like the way the pump sounded, he supposedly replaced it again before we ever got it. So…not sure what that means?

I agree! I don’t know what he continues to do the same thing, but he can’t come up with another solution and I’m out of my league with understanding these repairs/parts. He has not charged for additional labor with subsequent replacements, but has complained that it has cost him a lot in labor. He went with a new parts company for the last replacement; assuming it was faulty parts. I can not believe two companies and four parts later that he is on the right track, but I don’t know what to do. He has been a good for us for years, but this is very frustrating!!

Don’t assume the mechanic is at fault quite yet. It’s entirely possible the aftermarket replacement racks are poorly manufactured, have cracks in them, which allows the fluid to leak out. I’ve had aftermarket replacement starter motors fail on me twice, right out of the box. Switching to a Denso unit (Toyota brand) fixed the problem straight away. I guess the question to answer first is what makes you think this mechanic and shop is a good mechanic/shop to use?

I have replaced the rack on two of my cars. One I did and one my mechanic did. The one my mechanic did started acting up after a little over a tear. It would bind and whine and the steering would stiffen in the morning. I knew the job was only guaranteed for a year and decided to think about it for a while.

What I found was a serpentine belt tensioner that was frozen by salt corrosion. A the belt wore or stretched , it could not move to keep tension. When the belt slipped, my power steering bound.

I have read that you should but a filter in the line to prevent debris from a bad pump or rack fron damaging the new one but I don’t know the validity of that. It could have been written by someone trying to sell filter kits.

I do know that some Mopars have a filter built into the fluid reservoir and if that plugs up you have to replace the reservoir.

I would follow Tester’s lead about a faulty pump. A pump will whine; a rack will not. At this point no way would I cough up another grand just to more than likely see a 5th rack “failure”.

Just curious. As I mentioned, 2 grand sounds high for a rack replacement. How is that broken down as to parts and labor?

Sneezing is the symptom not the cause.

Depends on your perspective. If you’re the sneezer or sneezee