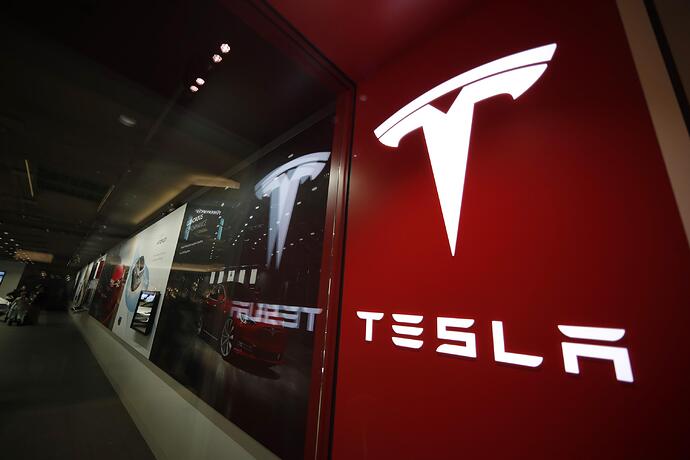 US has over 750 complaints of Teslas braking for no reason

DETROIT (AP) — More than 750 Tesla owners have complained to U.S. safety regulators that cars operating on the automaker's partially automated driving systems have suddenly stopped on roadways for no apparent reason.

It just does not seem to have an end to the reasons to not buy a Tesla . My number one reason is Elon Goofball Musk .

I am more concerned about Teslas unintended acceleration than phantom braking!

Musk is simply an example of The Golden Rule. “He who has the Gold, rules”.

I acknowledge that Elon Musk is a genius on many levels

He is NOT a genius on the social skills level

I can’t stand his personality, and if I were buying an EV, it wouldn’t be a Tesla

State regulators determine whether or not to allow this technology to be used on public roads. Ultimately they are responsible if it makes the roads unsafe.

I acknowledge that Elon Musk is a genius on many levels
That said . . .
He is NOT a genius on the social skills level

A few months ago, Musk opened-up for the first time about what it was like growing up as a person with Asperger’s Syndrome. That type of Autism is frequently tied to genius on certain levels, but it also comes with some serious limitations, including an inability to “read” other people’s emotions, plus very poor social skills.

I understand the probable reasons for his frequently offensive nature, but–like you–I can’t stand him.

by the way . . . nobody receives an official “Asperger’s” diagnosis these days. For some time now, as per the later DSMs, the diagnosis has been “Autism spectrum disorder”

The mystery novel The Curious Incident of the Dog in the Night-time yields a lot of insight on these subjects. Well-written, enjoyable read. Highly recommended. Good as an audio book too.

The title relates to the Sherlock Holmes story where a dog that didn’t bark one night was the most important clue to the case. Tom frequently brought this point up when discussing a caller’s car problem on Car Talk; his point was when diagnosing a car problem, when something doesn’t occur, that can be as important a clue as when something does occur.

if I were buying an EV, it wouldn’t be a Tesla

How about a Bolt? Chevy is dropping the base MSRP to less than $26K. I’d like an EV for my next car, but a subcompact hatchback isn’t at all what I want.

Where is the Bolt manufactured?

Good, yes, the Bolt is a definite possibility in my book.

No George the Bolt is not in your book because it has too many nice gadgets.

While the lowered price is intriguing, I’m wondering just how much ADP dealers would try to tack on during these crazy times?

and an automatic transmission, which is probably sacrilege for George

the Bolt is a definite possibility in my book.

Automatic Emergency Braking is standard equipment on the Bolt. Check with your state regulators…

[The Bolt has] an automatic transmission, which is probably sacrilege for George

I wonder if I can buy a reduced gadget Bolt? Ok, I’ll tell the sale-folks I want a stripper. Hey, the transmission is already a stripper !! … lol …

Ah yes, EVs. Wonder how many will be selling in the parts of southern Illinois supplied by Ameren Illinois which is hiking electric rates there by 125% ???

And, no, that is not a typo. The reported electric rate increase there scheduled to take place this summer is one-hundred twenty-five percent. 125%