I know you’re out there people (especially Ford Fusion owners) who have attempted to replace the lower control arms b/c the awful noise the old ones make.

You got the old one out and now are trying to put the new one in. But for the life of you… you can’t get the bolts to line up.

What are the tricks and tips? Cause that is where I am stuck right now

Appreciate it, it’s the correct part. Confirmed when ordered and arrived. And when the old one came out they match. It’s just a tough fit in there. I found a few other people saying ratchet straps or trying jacking up the lower control arm (not sure if I should with my setup or only certain cars) plus hitting it with a hammer. But was hoping someone on here has experience with the Fusion

Front of car or rear? Is it a multi link setup? Suppose you could get detailed and say it the rear mounted arm on the lower portion of the front wheel. Don’t know if it has upper and lower arms. Some cars do.

Whoops that is my bad… should’ve put more detail.

It’s the front lower control arms on a 2014 Fusion. Got the old one out but trying to line up that center bushing to get the bolt in is proving to be very difficult 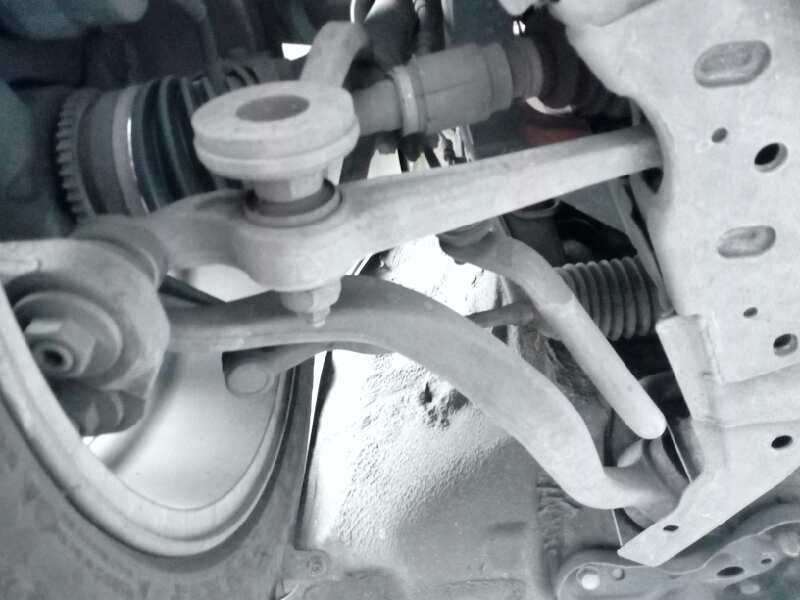 Look like this?
I see 2 arms mounted to lower knuckle. Yes it could twist. 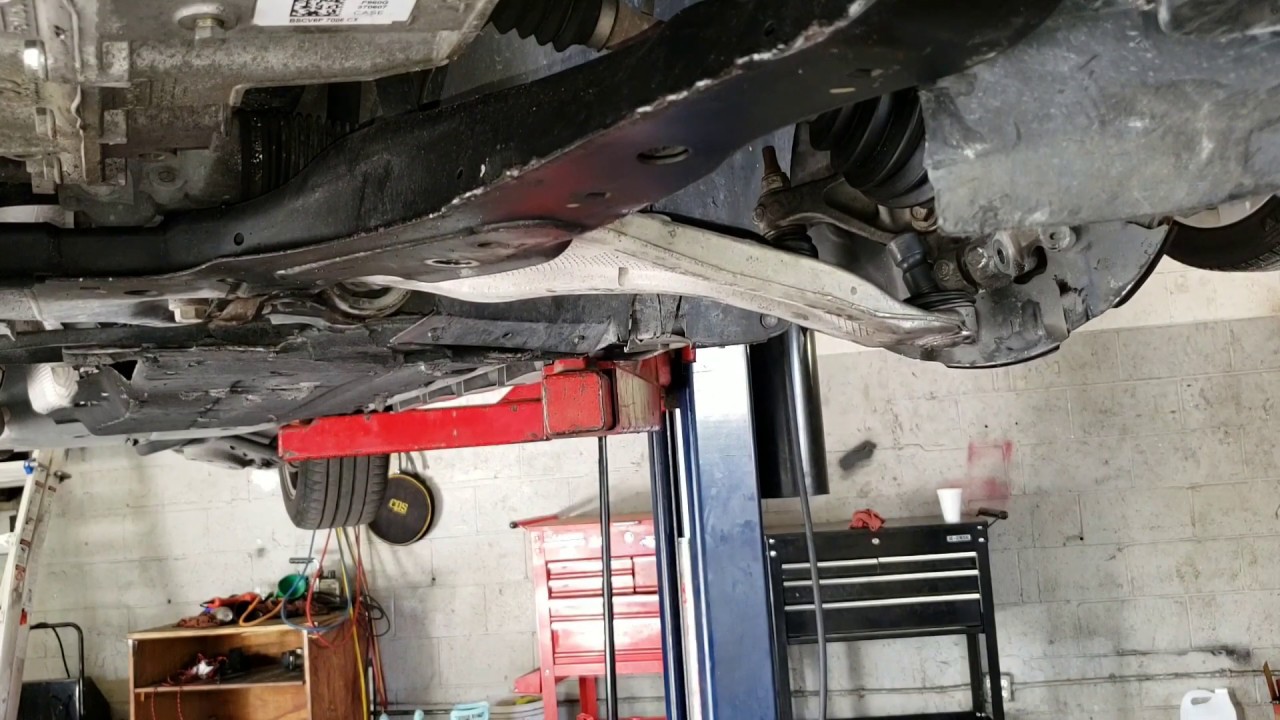 Thanks! That’s the video I’m actually following! he just happened to delete the part of actually getting it in Tries to explain how he did it after the fact. But not much luck for me.

These suckers are not fun. But much better then paying the 1500 plus I’ve heard other qouted for this job 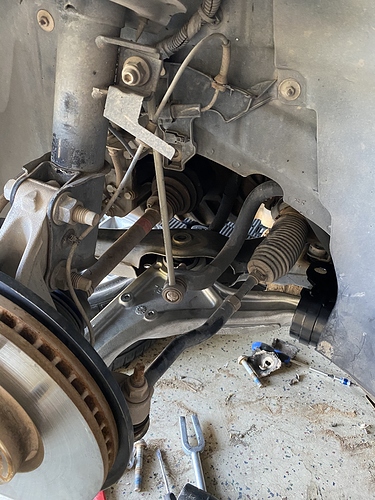 Looks like 1 piece cast alum arm. Not a multi piece arm. The ball joint stud might have to be aligned to fit in knuckle hole. Don’t mess up the threads 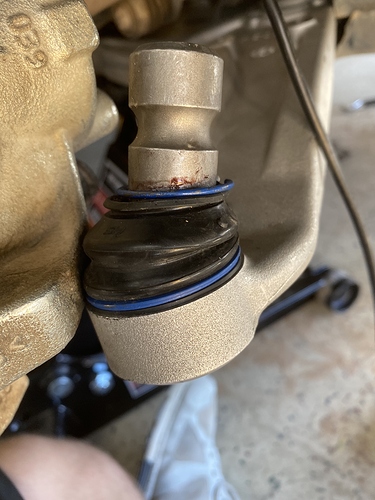 Update got 1 in. 2nd and working on getting it in. Then this occurred. I’m assuming that is less than ideal…

That’s the lower ball joint. It is supposed to swivel. I don’t think you can wreck it. You certainly can’t pull it apart with your bare hands. It’s not like dislocating your elbow. The grooved slot is for the pinch bolt. You put that into the knuckle and put the bolt in to secure it. The upper blue c-clip looks like it got out of place. It’s just there to secure the rubber boot. Reposition it. Make it look like the larger lower blue c- clip.

Awesome, thanks for all the help! Well I got it in! Man those were a workout but learned a thing. Didn’t solve my squeaking front end tho. Back to the drawling board!

I’ll check that out. It makes the noise even when the car is parked and you push down on the front end.

Could it be the struts need to be replaced?

I’ll check that out. It makes the noise even when the car is parked and you push down on the front end.

Could it be the struts need to be replaced?

Yeah sounds like a 1950s truck that needs some serious grease on its suspension. Interestingly tho is it only does it during the summer. I live in the desert so I’m talking 85-110