Is it rue that Hyundai wont fix one of their engines that fails under the warranty?

The federal class action lawsuit alleged that Hyundai sold Sonata vehicles with defective rotating assemblies in the Theta II 2.4 L engines that cause sudden and catastrophic engine failure. When the rotating assembly fails, it does so without warning and causes the engine to abruptly seize, according to the complaint. The complaint also alleged:

Rather than addressing this safety problem by warning drivers and recalling its dangerous vehicles, Hyundai has concealed the problem from consumers and implemented a concerted practice of denying warranty coverage for failed engines. Hyundai tells Sonata owners that they must submit a complete record of the vehicle’s maintenance history before making a warranty claim—even though it knows that Sonata engines fail regardless of owner maintenance and that the faulty rotating assembly is responsible. For those warranty claims that are submitted, Hyundai’s practice is to deny them based on inadequate maintenance records or improper maintenance. Hyundai denies that engine failures are widespread in Sonata vehicles and blames its customers for the problem—forcing them to pay as much as $10,000 for an engine replacement.

Why are you asking ? It could be that the owner did something to void the warranty or the failure was not covered by the warranty. And what is with the bold print ?

I’m sure that’s not true as a rule, and I’m sure that is true if the engine has been abused, or if the owner can’t show records of proper maintenance.

You will have to be much more specific regarding the exact model, model year, and maintenance record of said Hyundai in order to get a response with value.

If you’ve followed the guidelines of the maintenance schedule in the owners manual (and can provide documentation) and are in the warranty period, I don’t see how they could legally deny a claim.

You are right about that, they couldn’t deny coverage…

But, how many folks can do that? How many folks are organized enough to keep their receipts if not done at the dealer? 50%? Less? I’d guess less than 50%. But then their engine blows up and they decide Hyundai and Kia are off the list of new cars forever.

Agreed. Wouldn’t buy a hyundai myself at this point. But I imagine others are the same. If you can’t document it, you didn’t do it.

It sucks and all, but it is what it is. I don’t think Ford, for example, would warranty an engine within the warranty period without documentation of oil changes?

How many folks are organized enough to keep their receipts if not done at the dealer? 50%? Less? I’d guess less than 50%. But then their engine blows up and they decide Hyundai and Kia are off the list of new cars forever.

I do my own work. I keep receipts for fluids and filters. I’ve often wondered if I’d get denied if I had a claim. ‘

‘Tis a gamble I’m willing to take, though. Ever since the GM dealership left my wife’s oil fill cap off on the first free oil change! Rather just do it myself, take my time, and know it’s done right. Saving money is a bonus.

I don’t know anyone with a Hyundai or Kia newer than 2007, which obviously do not contain the defective engines. That being said, from what I have read online, it does appear that the default reaction when a customer brings in their vehicle with a failed engine is to claim “customer abuse” due to sludge formation, and deny warranty coverage.

This is really no different than how Chrysler treated customers with its 2.7L V-6 engine. I worked at a Chrysler/Plymouth dealer for about a year back when this engine was being sold, and it became very apparent that customers were having issued with this engine developing bad bearings, timing chain collapse, and with sludge formation which was thought to be due to the internal water pump leaking. Even cars which were meticulously maintained at the dealer had failed engines at low mileage, and Chrysler tried to weasel out of covering the problem under warranty.

Sure, Chrysler might have saved some money denying coverage for their design defect back then, just as Hyundai/Kia is saving money now. But I think it’s safe to say that people who were forced to take a loss of many thousands of dollars to replace a defective engine or unload the vehicle would sooner take poison than buy another Chrysler (or Hyundai/Kia) product, so I think this strategy is short-sighted at best.

Hyundai deserves respect for this record. If Hyundai won’t repair or replace one of their engines, it’s probably because the owner can’t prove the engine was well cared for, according to Hyundai’s requirements.

It’s possible that Consumer Reports readers (whose experience with car repair CR relies upon) have a higher than average rate of compliance with carmakers’ maintenance requirements, so a lower rate of car problems.

Just because a class action suit was filed or even settled does not mean that the engines are defective.

Getting through all of the smoke and mirrors one usually finds that the owner is responsible for the problems due to neglected oil change intervals or failure to check the motor oil level. Of course said owners will never believe that any problems are due to their neglect…

I’ve been following this Theta II saga on the Hyundai forums (I have a Tucson with a different family engine).
There are lots of posts from people getting their long/short blocks replaced without resistance from Hyundai.
There’s irritation about losing the use of a car with well under 100K miles for weeks.
Only denial with details I saw involved sludge and poor service records.

we all know when the dealer has your car in for a timing belt change they find other unnecessary things wrong to tab up the bill . and the oil change I once had on my 85 Toyota cost me a new fan belt they cut off the old belt [ non serpentine 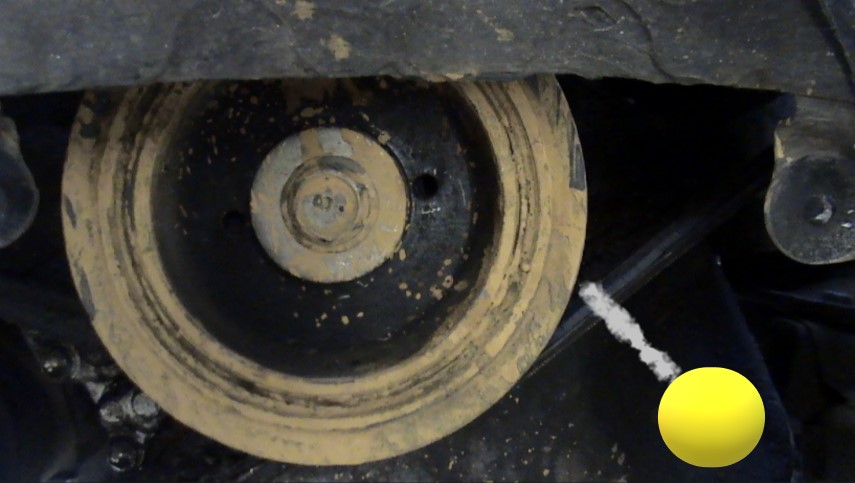 fan belt.jpg855×483 72.6 KB
type ] and put on a new one without loosening the alternator adjustment you know, the old screwdriver trick, force the belt on and that caused my vibration damper pulley to come apart a month later fro the fan belt being to tight. Oh and one bolt was missing on the timing cover and candy wrappers and cigarette buts in the-bottom splash pan.so you figure if its cheaper at the dealer.
VDCdriver February 16, 2019, 4:21pm #16

we all know when the dealer has your car in for a timing belt change they find other unnecessary things wrong to tab up the bill . and the oil change I once had on my 85 Toyota cost me a new fan belt they cut off the old belt

It’s unfortunate that you dealt with a particularly dishonest dealership, but to tar all dealerships with that same brush is not very different from ascribing the same characteristics to all people of a certain race, religion, or ethnicity. Many years ago, Sixty Minutes did an expose on gas stations in “Dixie” that cut customer’s fan belts while checking their oil. Should we automatically conclude that all gas stations south of the Mason-Dixon line are similarly dishonest?

I have bought 3 cars (so far) from the same dealership because they have always treated me fairly. My first car that I bought from them suffered from a breached head gasket at ~115k miles, long after the warranty had expired. All of the vehicle’s maintenance had been done at that dealership, and instead of the massive bill that I was expecting for the replacement of both head gaskets, they charged me a little over $300.

No one ever wants to take responsibility for their own failures these days. People don’t do basic maintenance and then try to blame the car maker. It seems that some engines are more forgiving of neglect than others. This isn’t one of those.

I deal with the general public on a daily basis and have heard some doozies!

just lucky most dealers are for the money$$$

just lucky most dealers are for the money$$$

The businesses that realize customer satisfaction and positive word-of-mouth advertising helps grow the business are often the most successful and most profitable.

To be in it for the money certainly does not necessarily include ripping people off and excluding customer goodwill. I’d say it’s more likely the ones that operate without regard for that will become unsuccessful and unprofitable.

The good dealers spend quite a bit of money surveying customer satisfaction and responding to feedback, especially negative feedback. Some must do this in compliance with manufacturers and actually get different rates on products based on outcomes.

P.S. I do nearly all of my own car repairs and maintenance and seldom take my cars to any professionals, but my dealer experiences have always been honest, positive, and fair. Plus I get a wash and vacuum and follow-up phone call.
CSA

The businesses that realize customer satisfaction and positive word-of-mouth advertising helps grow the business are often the most successful and most profitable.

Exactly!
After that very positive experience with that dealership, I bought two more cars from them, and have had 99% of my maintenance done by them. Because they continue to treat me fairly, I might just buy a fourth car from them.