Is it safe using RainX in my Jeep?

Hey guys, I’m just wondering but do you think that it’s safe to use to RainX windshield washer fluid in my Jeep? I heard stuff about that washer fluid doing things like Clogs the nozzles, pump or even coats the sensors on some cars. Do you think this is all true and means to avoid the washer fluids with The water repellent tech in it?
Upon googling my car has the green sensor type.

What sensor?
I have been using Rain-X windshield washer fluid for 20+ years, no problem yet.

It’s the sensor that’s in the reservoir for the washer fluid. It looks like this on my car. 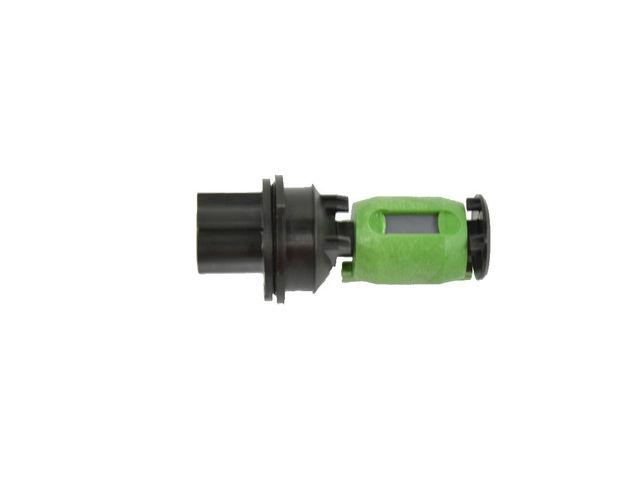 I’ve been using RainX Washer fluid for years in all of my cars. Never a single issue; it works great.

+1 to the previous comments.
After having freeze-up problems with “the blue stuff”, I switched to Rain-X fluid about 10 years ago, and I never had any problems after the switch.

I looked up the Safety Data Sheet online. It has 3%-6% acetone and the remainder is water. Acetone is a solvent, but it is in low concentration and probably will not attach the polymers in the part you show. RainX has been in the market for a while and is likely a trustworthy brand. I wouldn’t worry about it.

@coolmariodude This is one of those things that do not need to be worried about. But if you are concerned enough to log on to a Forum then just don’t use the stuff.

The only two WW fluids that I will use at this point are Rain-X and Prestone. For whatever it’s worth, this site thinks that Prestone’s product is superior to that of Rain-X, but that they are both very good: 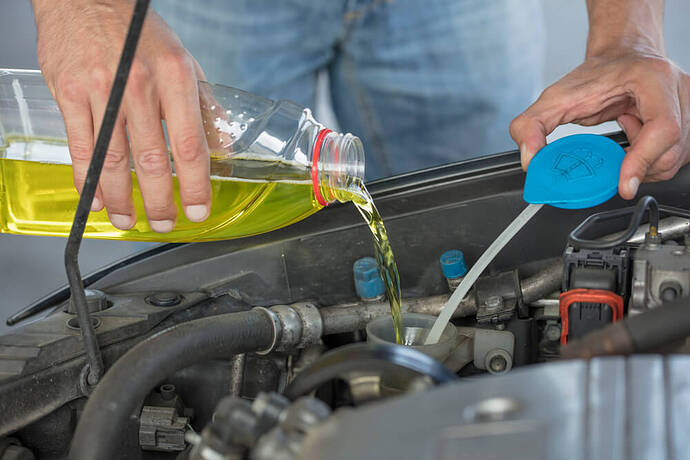 Something funny there because the main active ingredient is a silicone fluid (Polydimethylsiloxane).
The cleaning wipes have acetone to dissolve dirt and bug guts and perhaps the WWF as well but it’s not the main ingredient. Not sure why that wouldn’t show up on the MSDS as well…

Who knew? I just use the blue stuff. Like used to come in the fomoco bottle. I just can’t bring myself to using yellow stuff. The only thing I would say about using this stuff is that the spray goes up on the molding on the roof and sits there where rust forms.

It’s the sensor that’s in the reservoir for the washer fluid. It looks like this on my car.

That sensor is probably used to light a warning light on the dash, telling you the WW fluid is low. It’s possible acetone could damage it. Not something I’d worry about tho if Rain-X did the job otherwise. If that part fails and you like the warning feature, replace it with a new one. I’ve never owned a car with a warning feature like that, so me, I’d just put some black tape over the warning light. Pretty easy to check the WW fluid level once a month. Worse case WW fluid runs low, then you get the warning anyway, b/c you get a sputter instead of a spray.

Generally either no or just light freezes in winter here in San Jose, so I mostly just use plain water. If freezing seems likely, I’ll add a little alcohol. I used to add a little soap too, but had some problems w/a clogged WW pump. I might try adding a little acetone based on above discussion, might solve the clogged pump problem.

Did you ever notice that WW parts tend to be very expensive? One of the plastic spray nozzles broke on my Corolla as I was re-routing some hoses. Dealerships wanted $40 for a replacement! OMG. 20 cents worth of JB Weld did the job instead.

While I us RainX fluid now with no problem, I did have a bottle that went bad 15+ years ago, with a lot of sediment in the bottom, put me off RainX for a number of years.

Reporting requirements changed when the OSHA changed from MSDS to SDS. Fewer ingredients were carried over. PDMS is not a health hazard, and only a mild flammability hazard. Used in sufficiently small quantities it is probably not required that they report it.