If you want to get rich!

The author of that story is just another BS artist preying on gullible people who will gladly cough up money while trying to get rich the easy way.

He’s no different than those people on HG TV who allegedly flip houses for tens of thousands of dollars and run seminars all over the country; again, drawing in the gullible people who will pay 50 bucks to get in the door and several thousand then for the “advance course”.
In most cases those house flippers don’t even show up. They’re just loaning their name to other BS artists who are probably giving them a percentage of the gate.

The author of that story is just another BS artist preying on gullible people who will gladly cough up money while trying to get rich the easy way.

Get rich the easy way by spending less? It has been a long, enduring process for me. I think most people need coaching when it comes to personal financing.

There is a thriving business involving house flipping. In many areas of the country buying "distressed properties, fixing them and selling can be very profitable. I’ll use Florida as an example.

Consider Grandma’s FL house in which Grandma lived far longer than she should have and let it run down. The kids inherit the home live hundreds of miles away and they only want to dump it and split the money. In the current condition it is un-sellable because the majority of buyers buyers want homes that don’t need work. This creates a market for flippers.

I agree with you on the seminars, though. They are just rip-offs targeted at people who shouldn’t be in the business.

I did exactly this to my mom’s home when I inherited it. But I did nearly all the work.

I think his friend who spends 3 to 4 grand a month on shoes is a card carrying moron no matter how much she makes.

I don’t think I’ve spend $3k on shoes during my lifetime.

In many areas of the country buying "distressed properties, fixing them and selling can be very profitable.

It’s kinda like having a collector car. I have one. A coworker has one too - an old 70’s Caddy in amazing condition.

And that’s how the house flipping scam courses work - they target people watching TV who don’t know what they don’t know, make it seem really easy, and then deposit the check while the “students” twist in the wind.

One guy I worked with years ago left the engineering field to do flipping houses full time. He did it part time for a while. He’s still doing it and making a good living. The trick for him is to do a lot of the work yourself. He was very handy and could do it. Others can’t. Area’s like Boston it’s easier because when homes go up in value they go up much faster then most other parts of the country.

Yep! I should do that. Maybe I could write a book about how to get rich flipping used cars bought on Craigslist.

Agree completely! All these shows seem to finish a house in unreasonably short times and in many cases cut corners. But that is TV and not reality.

If you can get the house at the right price and understand the cost to rehab, money can be made. There are lots of pros in SW Florida who who do. Based on my hourly rate to rehab my mom’s house, I’d have ben better off driving for Uber. And we all know THAT is not what it’s cracked up to be! (See how I did that? Brought that around to cars!

Anyone who has tried to get a project done on their own house knows how difficult it is to coordinate all the licensed trades (plumbers, electricians, engineers) and the government inspectors and permits. The successful flippers are licensed general contractors with partners who are licensed real estate agents, and they have long term relationships with skilled trades. You have to move fast when you are doing this stuff, because the carrying cost of the money you borrow and the property taxes you pay never stops.

Flipping used cars, like @shadowfax, is a constant scramble and will get you in trouble with the State DMV after a while. As a pastime it’s fine, but as a way to make money? Not that lucrative.

We can disparage real estate all we wish but it IS a path to wealth. One of the best.

It is a hard asset, generally appreciates, especially in the long run, and they are not making much more of it, Hawaii and the Spratly Islands excepted!

Flipping used cars, like @shadowfax, is a constant scramble and will get you in trouble with the State DMV after a while. As a pastime it’s fine, but as a way to make money? Not that lucrative.

I could be, like, the L. Ron Hubbard of car flipping. “Nothing that I say makes any sense at all but you’ll pay through the nose to read it!”

It only takes a few minutes of viewing Counting Cars to see that reality isn’t in the script and anyone who jumps into rehabbing ~classic~ cars looking for easy money would need to have a paying job to fall back on.

Operating a small shop gave me the opportunity to get some great deals on cars that needed repairing while everything to repair them was conveniently at hand. Over the years I turned a good profit on several abandoned cars, broke even on a few and took a beating on several. I wouldn’t want to earn a living flipping cars though. But reality TV makes everything from moonshining to catching turtles look like exciting careers.

Wheeler Dealer is a great example of how hard it is to make money flipping cars. Once you add in a reasonable $$$ for the time spent, they just about never come out ahead.

I could be, like, the L. Ron Hubbard of car flipping. “Nothing that I say makes any sense at all but you’ll pay through the nose to read it!”

Ever hear of Kevin Trudeau?? 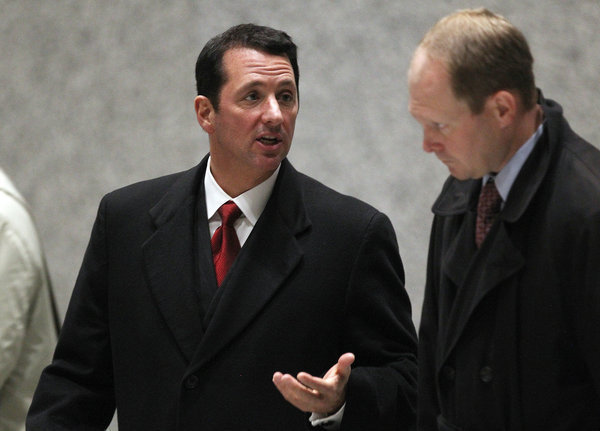 I could have picked another scam-artist, but we’re still collecting evidence on him and his cronies.

The trick is to mix it with religion. Peter Popoff promised the same stuff- miracle cures for all sorts of ailments, but because he claimed Jesus was talking to him directly and giving him the details of peoples’ ailments and facilitating a miracle cure (in reality it was his wife talking to him through an earpiece), he got away with it and, last I checked, is still doing great business hocking “miracle spring water” packets to the gullible.

I should probably work a religious element into my car flipping scam to insulate me from prosecution. “Jesus said I do not speak of my own Accord, but I do and for only three easy payments of $19.95 plus shipping and handling I’ll tell you how to flip cars for profit! I’m the profit prophet!”

Wheeler Dealers just started adding the hours spent on each car to the totals at the end, but don’t place a dollar value on the time. I’m convinced that Mike and Ant do make a lot of money, though: on the show.

The article must have been written a long time ago if there is such a thing as a “20,000 dollar luxury car”.

Unless he considers a Civic or Cobalt a luxury vehicle.

They are luxury cars, you don’t have to work like a slave to own one.

Guess you’ve got a point there. I watch some of the car auctions on TV sometimes and the amount of money lost on a custom build or depreciation is downright appalling.

There was a '61 Ford custom on an auction a few years ago that must have had 200 grand invested in it. It sold for something like 110k.

Another was a late model, 200 grand Bentley that sold for 30 grand. I’m cheap (or thrifty…) and losing that kind of money would drive me nuts even if I was a Lotto winner.

Rod Knox is right. Flipping cars or building customs is not a money making deal except in a very rare instance. My late brother in law was a good paint and body man along with being in the local car club and doing custom work. He said the custom work was more a labor of love than a profit generator.

I watch some of the car auctions on TV sometimes and the amount of money lost on a custom build or depreciation is downright appalling.

I personally cannot comprehend what makes any car worth the hundreds of thousands… and millions… of dollars that they often get at auctions. Allegedly much of it is the uber-rich “parking” their wealth in hard assets on which they’ll pay no taxes until they liquidate them, but I don’t understand how that can make any car worth millions. I should add that Jay Leno, one of the world’s premier collectors, has also commented that the sky-high prices make no sense. Leno is one car collector that I really respect, because he buys the cars because he loves the cars and the history. Leno actually understands the cars, and restores, repairs, and drives them. Some, like one famous designer whose name escapes me, never even sees the cars. He simply puts them on display at his mansions.