“ICEing” by any other name?

“ICEing” by any other name?

“ICEing” a charging station is the term to describe Internal Combustion Engine (ICE) vehicles occupying a space for an Electric Vehicle (EV) at a charging station. There already has been much hullabaloo concerning this and several states, including California and Washington have statewide laws banning the blocking EV charging spaces. Laws in Florida make EV charger blocking penalties as expensive as those for blocking a disabled person’s parking space.

But this posting is not about take over a SuperCharger Station so an EV can use it, but can other forms, by a different name, be a form of “ICEing…”

I was at my dentist’s office the other day and it is located in a small strip mall. In one of the spots reserved for small vehicles were a couple of very large tires filling the spot…

I asked about the way the spot was “reserved” and the staff told me that a full-size, jacked-up truck had parked there and that the owner who was in another one of the businesses was asked to move his truck, he went ballistic and cursed and swore at everybody and everything. He jumped into his truck and tore out still cursing and swearing.

Later that afternoon, they saw his truck back in the parking lot and no one wanted to confront him so they all kept their distance and their heads down. It was not until after he left that they realized what he did… They found two large tires left tin the spot.

They called the police and they responded quickly because it was perceived as a threat. Some customers who had not been there for the earlier events watched with curiosity as the driver with help dumped the tires in the spot and yelled, “If I can’t have it, neither can you…”

I asked why they just do not get rid of the tires and they said the mall owners want the “dumpers” caught and they pay for the disposal. I just shook my head knowing there are a lot of Jacked-up trucks around here and since no one got a license plate, those tires will be there a long time…

So, what else do you think has been ICE’d? 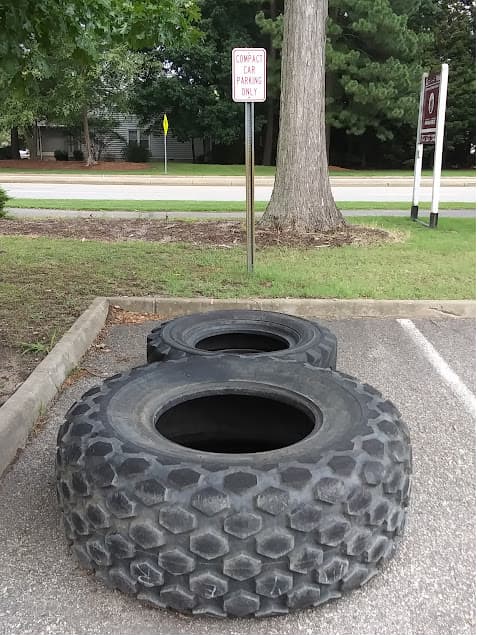 Can’t they pay for the non charing rate in the EV charging spot?

Washingtion’s law calls for a $124 fine but the way the RCW is written the police volunteers who check the handicapped spots don’t have the authority to ticket in parking lots. Unless they/ve changed things.

I would not call this ICEd. This is a simple case of an A-hole acting badly. Just happens he drives a Bro-Dozer instead of a Tesla. Just happened he dumped tire instead of parked across 2 spaces or left his EV parked at a charger all day. Lots of inconsiderate behavior out there.

True, but this could cost some real money to solve. Those don’t fit in a garbage can.

Those don’t fit in a garbage can.

That’s why they make dumpsters.

My current county and my previous county will take scrap tires at the solid waste facility. I think both were free if you were not a tire store. Dumping tires is a problem many places that don’t provide a place to recycle them.

My current county and my previous county will take scrap tires at the solid waste facility. I think both were free if you were not a tire store

+1
The same for my county, although they only accept tires at the 4 county recycling centers on 6 specific Saturdays each year.

But this posting is not about take over a SuperCharger Station so an EV can use it, but can other forms, by a different name, be a form of “ICEing…”

No , ICEing relates to a certain practice . This is just plain rude behavior.

I’d take the tires and either use them for flower beds or tie them up in a tree with some sturdy rope and make swings out of them. Hillbilly engineering at its finest.

I think we pay $5 a tire here but get a couple free ones each year. People that are too cheap to pay just throw them in a ditch for the county to deal with. I fail to see this whole thing as a major issue as issues go. The privileged meet the privileged. Adults just move the tires as a good citizen.

. Adults just move the tires as a good citizen.

Why do that when you can go to Cartalk Community and make a long winded rant.

It is cheaper than going to the shrink to vent.

I diy’er revitalize my bicycle’s brake pads, so always looking for rubber. Those tires would keep all my bicycles in brake pads for years … lol … 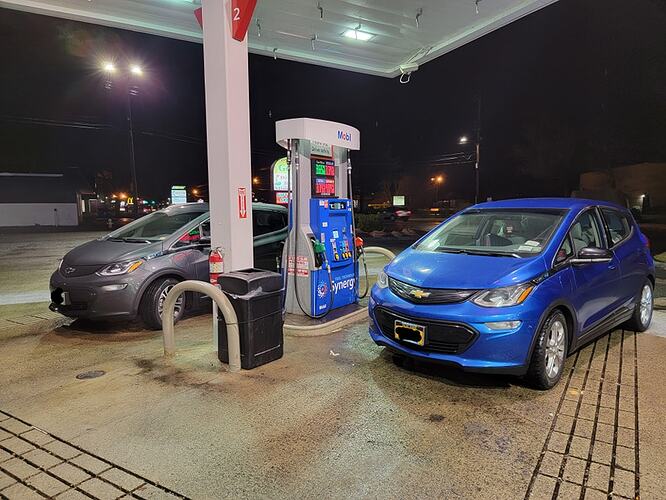 I kind of like the appearance of those Sparks. And they’re made in Michigan, right? Another good thing.

Hillbilly engineering at its finest.

Hey I resemble that remark.

Yeah I love the people that don’t pay at the pump, park blocking both pumps, then go in to pay and get coffee and donuts and yak a little holding everyone else up. Who needs tires?

I kind of like the appearance of those Sparks. And they’re made in Michigan, right? Another good thing.

No they are not made in the US . Plus those are not Sparks . They are electric Bolts .