Catch the show this weekend?

To save or not to save? That was the subject of a dispute between Chris and her husband. (You can listen to the call right here.)

She’s talking about post-snow-storm parking ethics – the broken lawn chairs, traffic cones and other debris that people leave in parking spots, once they liberate the space from the icy maw of the most recent blizzard.

Chris thinks you should be allowed to save a spot for a couple days after you dig it out; her husband says, “No way!”

What’s the culture in your 'hood? Tell us where you come down— and why! 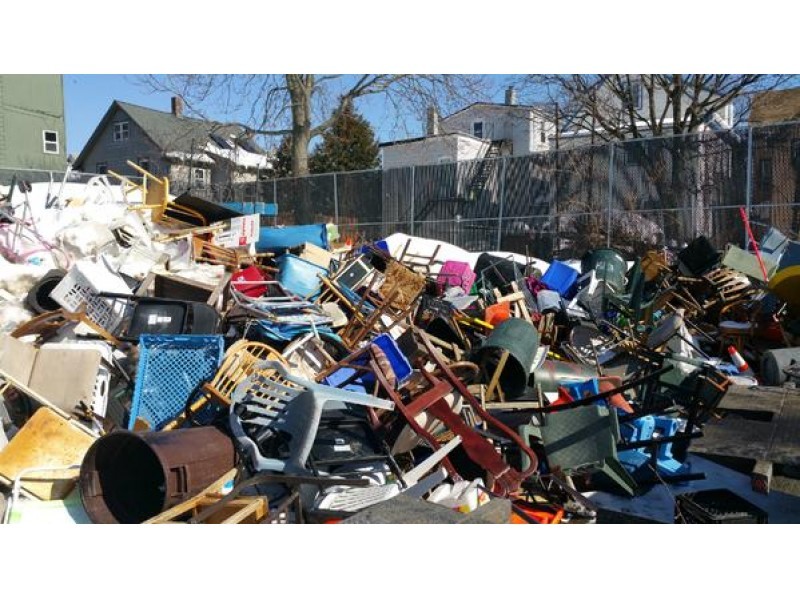 The way things are today I would be afraid to take a space for fear of being shot at.

I have heard of parking spot poachers mysteriously (not) having flat tires. I can see both sides but do not have to worry about it luckily. I would not steal a spot, but in reality it is a public road.

I had a neighbor apologize for parking in front of my house, I said not to worry it is a public street.

We live near a church, and imagine if I did reserve my spot with a trash can or chair it would not bother anyone as there is plenty of on street parking available, but know in big cities it is a whole nother can of worms. I am sure in big cities many of us have done numerous laps around numerous blocks looking for a parking spot.

I was going to a show, in Chicago, the parking sign said no overnight parking. I called for clarification and was told I would get a ticket if parked there after sunset. That made little sense to me as depending on the time of the year that could be 5 o’clock or 10 o’clock.

It seems like if it is on a public street, even though I did the digging work to free it up from the snow-jam, once vacated, the spot is now available to all comers. However, if I noticed my neighbor digging his car out and then he put a trashcan to prevent me from using the space, I wouldn’t use it, just a neighborly courtesy.

Just 'cuz you can’t be bothered to shovel your space does not give you leaway to suddenly take mine.
Public street, unmarked lot spaces, or not, there is protcol in place as to which space is whose and THAT doesn’t change by weather.
It must be these same people who can’t be bothered to drive in the correct lane when it snows either on the exact same streets they drive every single day and already know.

I think ‘‘parking wars’’ is one of the big reasons my son and husband never owned a vehicle while living in San Fran…it would have been an un-justifiable expense in that manner ( not money ) fighting with neighbors.

This is a major problem in Boston because there are more cars then parking spots. I feel for someone who spent 2+ hours digging out and then to have someone take that spot from you. But it’s a public road.

Agree or disagree. Public street = public parking. File a complaint with the police. See how that goes.

“File a complaint with the police. See how that goes.”

No every beef can or should be handled by running, teary-eyed, to the boys in blue…

I think (gets me into trouble everytime) sgtrock was implying there would not be a followup for parking on the Public Street in ones perceived ownership of a spot.

^
I agree with Barkydog.
More than likely, the local cops would simply hang up the phone–after getting a few laughs from this type of lame complaint.

I thought it was pretty obvious that sgtrock was being sarcastic, and was not actually recommending a futile complaint to the police over this type of issue.

I think (gets me into trouble everytime) sgtrock was implying there would not be a followup for parking on the Public Street in ones perceived ownership of a spot.

There have been many altercations in Boston when someone took a spot that was shoveled out.

Barkydog and VDCdriver: Thank you for your reading comprehension skills. The police might respond if you threatened to set the offending vehicle on fire but probably not unless an actual fire was reported.

The police show up and have made arrests…but after there was a physical altercation that resulted in injury or property damage.

Living in boston back bay, I know there are about 2-3 car owners (with stickers) per resident parking space, so there is always a long hunt for a space.

No question about it, the parking spaces are public and cannot and should not be reserved.

BillRussell: We don’t have Residential Parking Permits in my small town but they do in the larger cities. They are typically required on residential streets that are near business districts or high schools due to employees and students causing a parking nuisance. The permits are normally required during business and school hours such as Monday thru Friday 8 AM to 6 PM.

“Non commercial radio” is not what I’d call my local NPR station. “Made possible by…” = “Brought to you by…”

I had to park out of town and I was running late for a medical appointment so I parked in the first spot that was open. About an hour later I found this note under my windshield wiper: “This time it’s a note…the next time it will be a brick.” Some people.

It may be a public street but I paid for the dang road in front of my house. Everyone was assessed the cost of the road and curb and paid thousands for it. I don’t have a problem but I wouldn’t like someone routinely parking in front of my house nor would I park in front of someone elses.

In places where parking is in short supply and someone spends hours cleaning a spot for themselves, I would honor that person’s claim to the spot. Nothing legal but just the gentlemanly thing to do.