It was the age of the vehicle. Snow would clog the road draft tube, crankcase would build up enough pressure to cause oil to spray from the oil fill cap. By the time the owner brought it to the shop, the snow had melted, mechanic could find nothing wrong with the engine,

I spose but what I remember of them, they pointed straight down. Would be hard to clog. I’ll defer if a true story.

Doesn’t matter if you’re using the phone you’ve already agreed to arbitration and to keep your mouth shut about whatever it is you’re in arbitration for.

And the decisions are final, no appeals.

that will get none of my money if I can help it.

They’ll get BILLIONS of “our money”.

Never heard of “Too Big to Fail”?

Do you mean we can’t spend our way out of inflation by spending billions of dollars we don.t have.

I do now have a smart phone now that I can make calls with. I can’t answer it though, I tap and swipe the green phone and nothing seems to happen. I think the problem is that I am answering the phone but can’t tell because I can’t hear it unless it is up to my one not so good working ear and I can’t hold it up to my ear while * am tapping or swiping it. As far as navigating it, my eyesight is not good enough to see the tiny icons and even if they were magnified, I don’t have any idea what most of them represent.

I had a customer service guy on the phone trying to help me navigate their website and he told me to click on my profile. I told him I did not know where or what it was or what it looked like. He patiently guided me to where it should be and had me read him all the icons in the area. I did not know the names of the icons but tried to describe them to him.

I remember one of them looked like a two pronged fork with balls stick on the tines and handle. When we got to where it had to be, I asked him if it was what looked like a squashed 8. He started laughing uncontrollably and told me it was suppose to look like a person. I told him I never met anyone who looked like that.

It was a bank website and I had to change banks anyway because they would no longer send me an email for two step verification but insisted on sending a text message. I have no idea of how to get a text message.

I never write checks anymore. If I have to send one, my bank creates and mails it for me. If I send money to relatives, I use zelle.

At least I never use a phone while driving.

[quote=“oldtimer-11, post:65, topic:186201”]
I do now have a smart phone I feel your frustration as I now also have one the wife got me one of the free government phones I don’t have any hearing or seeing problems but like you I also have a problems navigating
it I can not figure out when to tap swipe or pinch also like you I don’t know what all the icons are for she set it up for me with some apps she thinks I will need but I will keep it to make her happy but will also keep my old flip phone that I understand and know how to use.

At least I never use a phone while driving.

Also like you I don’t use it while drivingl

I had to make about four trips back to the guys for one reason or another. I’m still having trouble with some items since December. Got there but don’t know how. A 14 year old kid would help or my wife has been helpful. Just have to spend some alone time clicking on everything but their terminology stinks. Actually though I can hear a lot better than my flip phone.

My children got us a flip phone about 20 year ago because we would take long road trips without one. We have not made more that a dozen calls in the 20 years and never needed to use it in an emergency. I used to make my wife take it when she was out for the day with friends but the few times I tried calling her she could never answer it before it stopped ringing… A while ago it was going to stop working because it was 3G and tracfone sent me a new one. Still a flip phone. I decided to start carrying it because someone might need to contact me because of my wife’s medical condition. It took me a week and a half to lose it, which was one of the reasons I did not want to have one in the first place.

I just don’t feel the need to be in constant contact with people.

If I send money to relatives, I use zelle.

There are a LOT of Zelle-based scams out there: 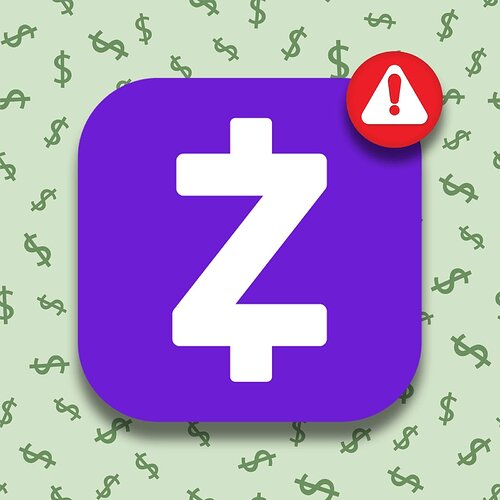 8 Common Zelle Scams to Watch Out For

Because Zelle is an easy way to send money, it's also an easy way for hackers to steal it. Here’s how to protect yourself from Zelle scams.

Do you mean we can’t spend our way out of inflation by spending billions of dollars we don.t have.

No we can’t and I don’t know where you got the idea that anyone believes that. Spending to get out a recession is different if that is really what you mean. You can see that in the reference below. Page down to ‘US Deficit by Year’ and look at the graph. The annual deficit goes up when the Great Recession hit in 2009 and abated as commerce returns to normal a few years later. The next big hit is the COVID-19 period when the world essentially shut down. We are still pulling out of that.

If you want to cut the deficit that are basically two ways: decrease spending or increase revenues. Decreasing spending will cause either a huge recession or giant increase in deaths. The major expenditures are Medicare, Medicaid, and Defense. Eliminating any one of them is not enough to eliminate the deficit. Cutting Defense will destroy many of the largest companies in the US and their suppliers. Bad idea IMO. Cutting Medicare and Medicaid will result in a large increase in early deaths as well as a generally less health population. Elimination all the rest would be only a tiny amount compared to the big three. The other way to reduce the deficit is to increase taxes. Nobody likes that idea. So, here we are. Pick your poison. 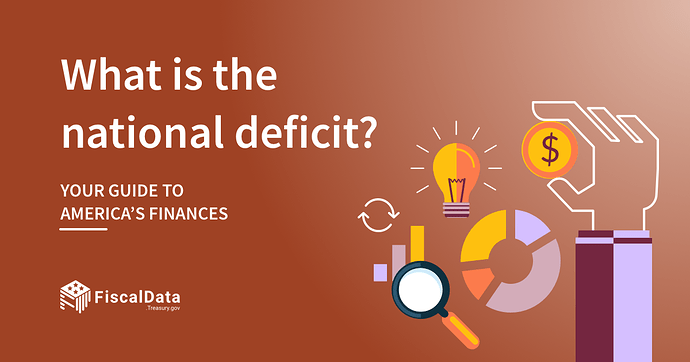 Thanks for the refresher but I had economics 50 years ago and paid for it all. To answer your question though, it was called the inflation reduction act. Silly that someone would actually believe it.

Cell phone frustrations … funny stories, thanks for the chuckles

… During the initial Covid lock down my only internet access was via cell-phone Wifi at a local coffee-shop parking lot. Decided to attempt to log onto Car Talk, see what’s happening, discover I have to type an underscore key ( _ ) on cell phone, and it took me close to two hours of experimenting to figure out how to type that character … lol … Not complaining, Covid lock-down, had nothing else to do at the time. I don’t recall how I did it though.

I feel anxious about going on a road trip without a cellphone. I did not realize how much insecurity I felt until I went on a 90 mile trip realizing I left the cellphone at home.

I drove trucks over 3 million miles without a cell phone, drove an 8600 mile personal trip 20 years ago and regularly, drove 1500 mile trips until covid hit. I guess I just don’t suffer from anxiety.

The only reason Social Security is an item in the national budget is because we borrowed all the money in the Social security Trust fund to finance the great society.

I drove trucks over 3 million miles without a cell phone,

I imagine you had a cb radio, I did many years in my car, my handle was rammer jammer, because of my middle name and team knew it, I was on the defensive line, and they called me that, along with mike the spike as I would not budge. Worst was when some guy forearmed my throat, I was speechless for a while. n grade school we played a game where we would kind of joust, each of us carrying a guy on our back, got the nickname buffalo in those days.

Reducing the deficit does nothing to reduce our debt.

I disagree. The national debt is the sum of all the years the receipts were exceeded by the expenditures, or the annual federal deficit. The only way to reduce the national debt is to decrease the annual deficit. BTW, that 7% is on its way up fast. Treasury securities were paying 0.04% to 1.33% a year ago. Now they pay 1.37% to 4.03%. Borrowing is 3 to 4 times more expensive. That 7% goes up real fast. That’s one of the main reasons the Federal Reserve is trying to stanch inflation.

I drove down to the fast food place and realized I had my phone on the charger an got worried. In thinking about it, if I had a problem, I would have had to walk a mile at least looking for a phone. There are no public phones anymore or even phone books hardly. Yeah I used to drive all over the place without a phone but the most I ever had to walk was about a half a block. Just not so anymore.

A guy I rode with at work was up in northern minnesota in the winter and had a car problem. He walked 15 miles before he found help. He had longer legs than me.

Was there cellular service there?

Kids. This was before everyone having a cell phone. I had the only shoebox sized one in case of an emergency. I had to test it once a month but otherwise stayed at the front desk. Somehow we all made it through though.