How often have we read about people using cell phones while pumping gas into their cars only to have the fumes burst into flames? I know we joke often enough that the people who do this must be vying for “Idiot of the Year” Award.

Here is a reminder of what I write… 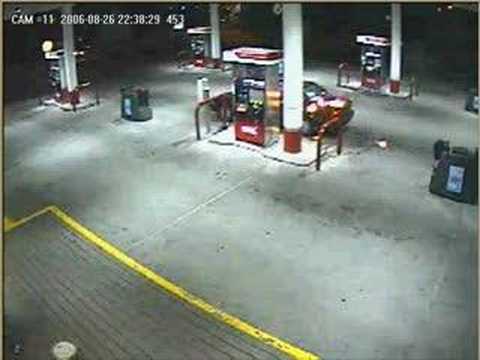 Now, the Bank of America is offering their Cash Back Rewards with their Phone App and they demonstrate it by paying for gas with the Cell Phone at a Touch 'n Go Pump. Now I admit that BoA is doing their “Don’t do this at home” bit as the guy is not actually holding the phone while pumping, but I wonder where in real life would it go… Who would take the time to put the phone away, let alone put it in the car? 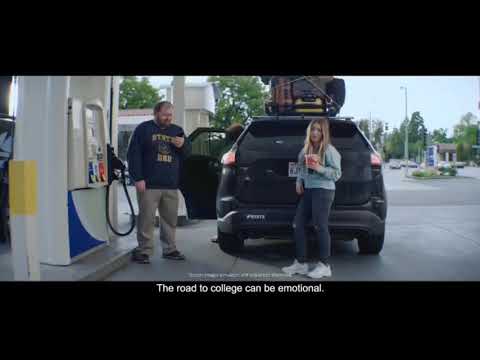 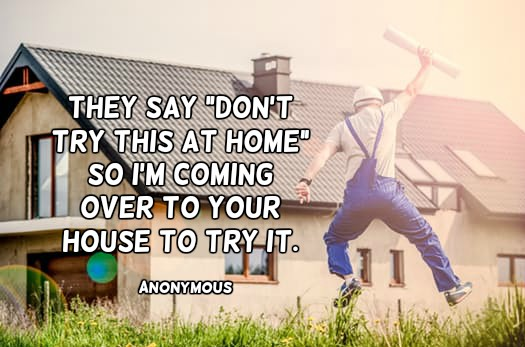 How often have we read about people using cell phones while pumping gas into their cars only to have the fumes burst into flames?

I will not say that is unlikely but the web site Snopes has the rumor that using a cell phone will start a fire while pumping fuel as False . Many of the web stories that claim that heve not been verified . I don’t know where you are reading a lot of stories but I think some of them are just repeated stories.

Yes , it is not a good idea to use your phone while fueling but I see that practice quite often .

They just announced a new mortgage program too. So you have to wonder about the top management. Personally it is one of the banks including Citibank that will get none of my money if I can help it.

Nothing to do with using a cellphone.

The payment method shown with a cellular phone is called “digital wallet”. Didital wallet and card payment offer 3% cash back and no phone call is necessary. With card or phone payment method, you authorize the transaction, then pump gas, no multi-tasking.

Oh I get it now. Just like the proximity no contact method on my debit card. Saw I guy buying a cup of coffee with his phone and just thought a little gen x or whatever we’re up to now.

I am in my 80s and buy everything possible with a Citi Doublecash card. All of the 3% and 5% programs * have seen have limits on how much in purchases you can get the high percent on.

I don’t carry any change and not much cash.

I must live on another planet than the rest of you. I almost always see folks using their cell phones “all” the time… I shopped at Home Depot today and to take advantage of my military discount, I had to load the Home Depot App on my smart phone and the cashier scans a QR Code on my phone, they no longer accept Military ID cards… As I’ve mentioned in other postings, I am an old fart cheap SOB and I’ve carried a TracFone for years, I buy a year’s use card that comes with 1,200 minutes, 1,200 texts, and 1.5 GB Data. I use the data but not the calling or texting and I have over 12,000 minutes of phone call time since you do not loose what you do not use…

So, I was quite put out bringing up their App, searching for their QR Code, as I was waiting in line and I noticed that EVERYONE else in line, even two kids sitting in the shopping carts, had cell phones, no one was calling anyone, I guess just checking text messages and social media.

I see folks all the time scanning their cell phones while pumping gas and I bet that Bing’s Coffee Drinker was still scanning their phone after they paid for their coffee as they walked away.

And VoVo thinks I’m “Chicken Little” crying that Sky is falling… I’m just saying, how many times does a phone have to cause a fire to be taken seriously. How many Ford Pintos were built with the “exploding Gas tanks,” something like 2 or 3 million, but less than 25 cases were confirmed, about 500 were suspected, but not confirmed. But we took that Recall really seriously.

And more recently, remember those battery powered skateboards that that were catching fire, millions of those boards were sold, no one died, lots of property damage, but the world turned upside down recalling those skateboards…

I have been caught in a gasoline flash explosion. I was far enough away to only get my hair singed and blown on my butt, but other service members, closer to the explosion, were seriously burned and some had career ending injuries, so I take it seriously.

I do not think any cell phone should be used around gas pumps.

Many people think that using your phone while pumping gas can start a fire. According to the Petroleum Equipment Institute, that simply isn’t true. No one has ever documented a single incident where a cell phone has given off a static electrical charge and caused a fire.

The National Fire Protection Association requires that they’re put up as a precaution. Phones do cause static electricity and just because it hasn’t happened yet, that doesn’t mean it never could. 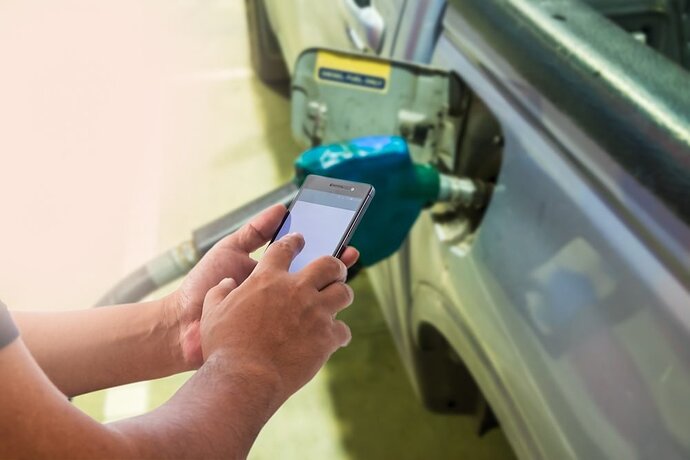 Why You Need to Stop Using Your Phone When Pumping Gas

No, it's not because you could blow up, but being on your phone at the pump does increase the risk of other dangerous situations.

I must live on another planet than the rest of you.

Now I admit that BoA is doing their “Don’t do this at home” bit as the guy is not actually holding the phone while pumping, but I wonder where in real life would it go… Who would take the time to put the phone away, let alone put it in the car?

Fine, you put your phone away, but the next time you are pumping gas, you think about this posting and when you hear the “plink, plink, plink…” of the keystrokes on a cell phone as the person on the adjacent pump updates their social media about that “cheapy person” staring them (you, not believing they are using a cell phone while pumping gas…), think of this… 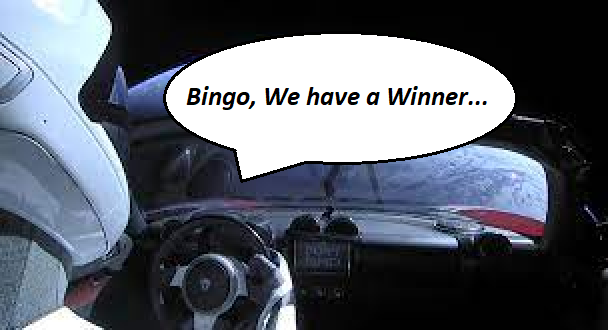 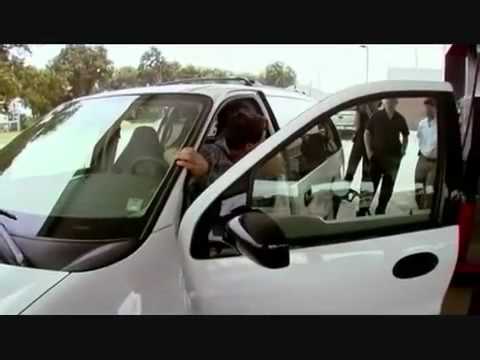 How often have we read about people using cell phones while pumping gas into their cars only to have the fumes burst into flames?

As an auto mechanic who managed or owned a gas station for 12 years, I can tell you that’s simply not true.

How many Ford Pintos were built with the “exploding Gas tanks,”

Pinto? That was 50 years ago. I don’t see how that has any relevance to what goes on in the world today.

Mythbusters put that whole thing to rest many years ago.

I would not take the Myth Busters test as the final proof. Millions of people use their cell phones while pumping gas every day. but I ask you, if that video that I posted in the beginning of this post were filmed by Myth Busters, would you be screaming to have all cell phones banned or would you say it was just a fluke. As I’ve said, it’s not a One-Off occurrence, and it will happen again. Let’s look at some other activity, for generations folks have been shooting guns in the air to celebrate the 4th of July. Now, we know it’s still being done and there are very few injuries from this activity, but it is Illegal. Why, because it can happen… Now once again I am NOT advocating any law concerning the use of a cell phone at a gas station, but just common sense… But I wait for Myth Buster to test the “5-second rule” about eating food dropped on the floor…

Don’t hold your breath while waiting for that test. The show ceased production a bit more than 4 1/2 years ago.

I use a cell phone as minimally as possible anyway but also have never even heard of an incident where a cell phone triggered a gasoline fire at the pump. Much ado over nothing IMO.

As for Mythbusters I think some of their testing/theories are off base. The premise that someone can’t get sucked out of an aircraft due to explosive decompression is one and the other being that hokey storm vehicle which was said to be (and is not) tornado proof is another.

I’m not qualified to comment on this but when my wife called me while I was pumping gas I asked her if she was trying to blow me up? I just don’t anyway. Maybe this is the same myth about shutting the car off. I suppose when I have the gas can in the trunk I shouldn’t use the fob to open it either.

Like I said, I dunno. I try to follow the rules but life is dangerous. Like the sign says too when filling a gas can to keep the nozzle touching the can. I do that too on my plastic can knowing plastic is not a good ground. I’m still here though and most of you are too.

As I wrote earlier, I was at Home Depot yesterday and they were already putting up the Halloween Display.

Scary when the Monsters come out… 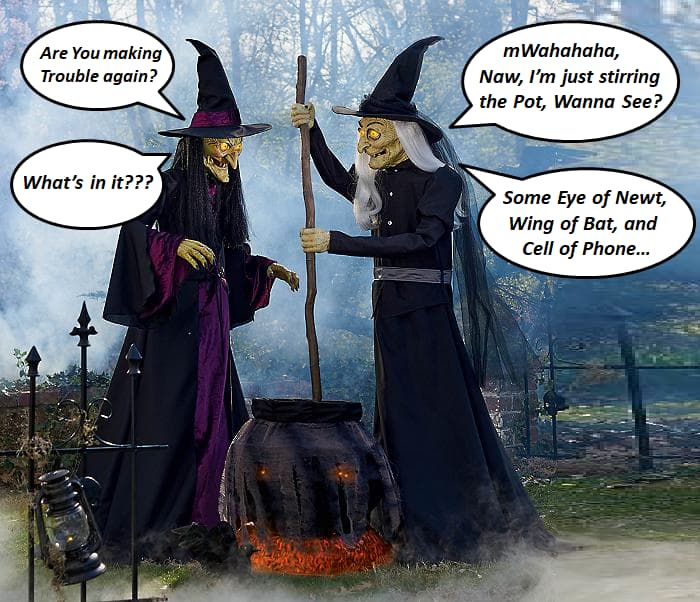