I can t stop lovin' you

what is the car you most regret not keeping? 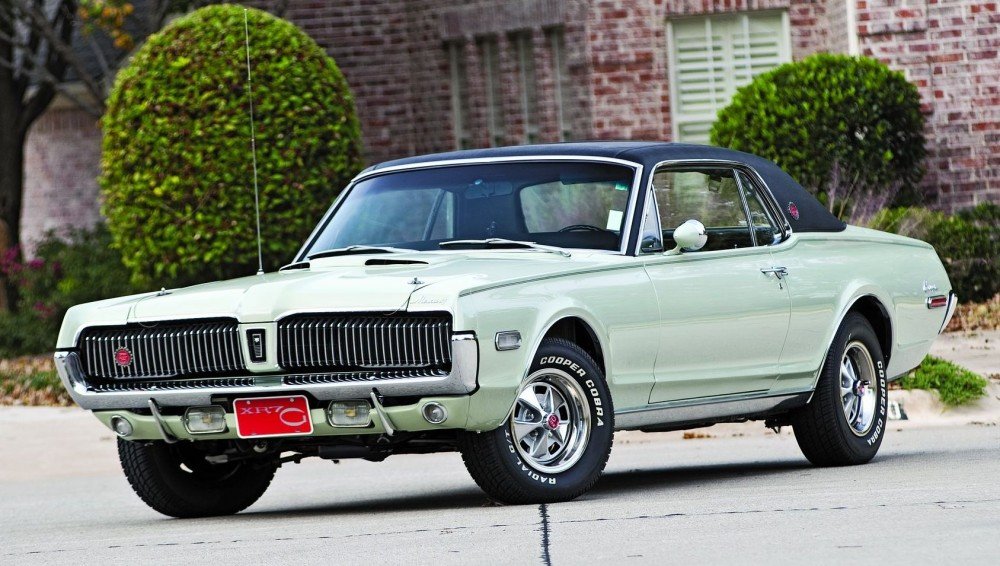 Back in 1990 I saw a 1965 Chrysler New Yorker sitting at a used car lot with a sign that said $400. I stopped to look at it, nary a scratch on the paint, immaculate interior save for a wear patch on the driver’s carpet, carpet in the trunk looked pristine. 413 engine, car was loaded with A/C, cruise, power windows and seats, everything you could want in a 65 New Yorker and everything on the car still worked like new. Even the radio with the reverberator. 85,000 miles and it had to be original considering the bias ply tires with 80% tread on them.

I asked if there was anything wrong with the car. The guy said they took it in on trade from a kid who’s grandmother had died. The car had a broken differential and they just wanted it gone. I asked to drive it, and was told only once around the block because the diff was about to break. I made a right turn and heard a banging from the rear end. I looked under the car and saw the problem.

I offered him $375 out the door and drove the car home. I then took off the broken “helper” leaf spring that someone had installed and the car drove like new. It would cruise at 95mph like nothing, though keeping it between the lines with those bias plys was a challenge.

It was a beautiful original car, and 2 years later I put it for sale for $2500. As soon as I saw it drive away I knew I’d always miss it.

I have no regrets. I never got rid of a car for other than very good reasons, most of which were changes in lifestyle.

I’m keeping my current car FOREVER… unless, of course, I marry a rich widow and she refuses to ride in it. Yeah, like THAT will happen!!!

I admit, while I don’t regret having gotten rid of them, it would be nice to have my '72 Vega and my '76 Corolla back. Feel free to laugh. I liked those cars.

And my '89 Toyota pickup. That vehicle served me well for many years, and then served my daughter.

i can t believe you let it go so cheap asemaster…

still have my wife’s baby…1979 Chevy pickup short stepside.
Kinda wish I had the 78 Chrysler Cordoba back again…Black outside, red inside, TruSpoke wire rims. All the homies would ask me what I did to lower it so cool…it was factory !

ah yes, my mom mom had cordobas, the ac would freeze me to death

Oh gee. Every one I had a perfectly good reason for getting rid of but of course 30 years later you wish you had it. Still if you had a barn or something to store them, but then they would still deteriorate. At any rate my 59 Pontiac that I sold for $125 in 1970 after boot camp would be high on my list, but I needed a new car then. My 61 Corvair that I sold in 76 for $100 would also be up there but then I didn’t need three cars and needed a station wagon for building a house.

My one owner 74 Cutlass with 240K was pretty much used up, and my 73 Lincoln was a pain. My neighbor called it our pimpmobile. I was never so relieved as when I finally dumped my Olds diesel with 480K on it. I still kinda pine for one of my Rivieras but like a friend said it would never be a classic and was getting to be a pain to hang onto it.

Sorry to lament but one other cool thing, it had a foot pedal on the left, that when you hit it it would activate the wipers and spray washer fluid, Can;t tell you how many times I played the this is a voice activated car, really what do you mean? I would say wash windsheild, hit the pedal, wiper and washer would go, whoa dude that is awesome! Way before Night Rider of course!

I kinda wish I had my '85 Camry back, only because it was my first car. It probably was scrapped shortly after I unloaded it, though.

Other than that, no regrets.

The ones I SHOULD have kept were those that would have appreciated in value a whole bunch over the years. Those would include a 1956 Mercedes 300c and a 1958 Mercedes 190SL. My MGA replaced the 190SL because I had an offer of $1000 for the SL and had only given $700 for it a few months earlier. Today it would easily bring $40K or so. It is still in the area. I have driven it with the current owner who bought it from the estate of the doctor I sold it to. It looks like a new car. The 300c was a $400 investment when I bought it in 1969. I kept it as my second car for a couple of years. Hey, my first out car was my MGA. I needed something that ran when the MG was not in the mood. I sold it for $1000 and figured I did well. Today it would bring about $20K in the condition it was in when I sold it. It had a perfect red leather and walnut wood interior, but needed paint. I should also have kept my 1969 BMW R69US motorcycle. One very similar to it sold for $15,000 recently. I sold mine for a grand. Sniff…

I suppose the feelings that I should have kept those cars are what makes me want to keep my MGA, Hudson Hornet, Nashes, BMW R-80 bike, and Chrysler 300 all these years.

@MG_McAnick‌ I suppose you could sympathize with me missing out on an 68 MGC GT. I had to get a loan before my boss traded it in, loan did not clear in time. For all that do not know it was a 6 cyl mg hatchback, only 6000 or so imported, I had to use it for business trips, I seem to recall shiftin into top gear at 120 mph, but maybe that is my imagination.

I guess I havent been driving long enough. I had my 1998 mustang gt 5 speed when I was 18 through now at 28. I traded it for the 50 cad which is seeming like a never ending task to get road worthy. But I do miss the mustang a bit.

My first vehicle love was a 1955 Thunderbird that my uncle owned. I was too tall for one once I started driving so I opted for a 1957 Chevy Bel-Air and…it was in my price range. A good friend of mine at work had it and he hated the turquoise color. It was his mother’s car and she gave it to him when she bought a new Corvette. He thought all cars had to be red. I didn’t particularly like the color either but I loved the car. I’ve owned a lot of different cars and trucks but the one I miss most is pictured below.

that’s easy. the 60 300f. when I even think of that car it produces the same reaction in me as seeing a good looking woman in a bikini. I had to phrase this carefully so Carolyn doesn’t kick me out :).

Carolyn is good looking. Maybe its time she provide a pic standing next to her favorite car.

I have no regrets…but one. My 2002 Chevy Prism 5 speed which averaged 37 mpg. I wanted to keep it as a third car…but reneged.