Hey, guys, I’ve got some very specific questions to ask.

If yes, any comments would be appreciated.

Any ill effects, in regards to the ac system?

Is the dye very visible, when using the uv light and yellow glasses?

Incidental words…’‘hybrid’’ has nothing to do with the a/c dye ( like asking ‘‘well what about for a RED car ?’’ )…
…however…the refrigerant TYPE has everything to do with it .
R134 ?
Heck, the green dye we use is often visible without the uv

Got a cool uv flashlight, Don’t read enough about uv I guess, only precaution do not look into the light, did not know yellow glasses helped.
Got one similar to this for detecting fluorescent dye. 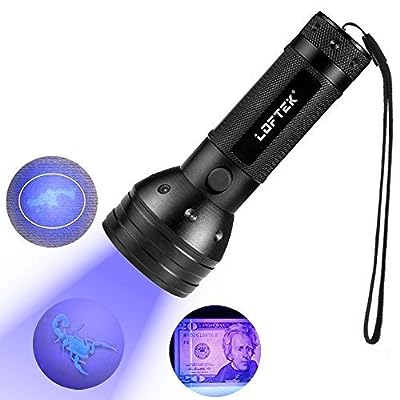 You found the right dye for what you want to do.

And a UV light along with the glasses will reveal the leak.

Hybrids with electric or dual-mode ac compressors do not use the same oils and dyes as other vehicles have traditionally used. AC systems in many hybrids have some significant differences and requirements, versus older non-hybrid vehicles

Just because hybrids and non-hybrids both use R134a does NOT necessarily mean that the dyes and oils for a 1998 Cavalier are fully compatible with a 2007 Civic Hybrid, for example

yes, I think I may have found the right dye

I’ve already got a decent uv light, yellow glasses, and a tool to inject the dye

In any case, I appreciate the comments so far

For Toyota’s you want to use it nd-11 oil not a PAG oil. Will explain later.

Is that what you’re getting at?

I mentioned the Prius, because you are/were a Toyota mechanic, yes?

I would contact the manufacturer to verify it is non-conductive. If you have a Toyota hybrid with the HV a/c compressor ND-11 oils are recommended since they are non-conductive. If regular PAG oils are added you can get codes for high voltage leakage and no a/c operation. Now this is a rare occurrence, but it does happen. I am not sure what the price of the compressor is aftermarket but I believe the Toyota one is about $2200. The other caution is add as little dye as possible, I have seen more issues with way too much dye being added and affecting the a/c performance.

@db4690 here is a good article for you, I think the last time I ordered dye it was from my Snappy guy. We mostly use the electronic a/c leak checkers now though.

Uhhh I’m going to disagree on this one. Any UV dye I’ve used is carried through the system by the oil in the charge. And hybrids use a different, non-conductive refrigerant oil than other cars.

So I don’t have any words of confirmation about whether the dye listed is appropriate for hybrids or not, but I can say that not all dyes are compatible with hybrid A/C systems.

I am aware that ac oils for hybrids are apparently some variation of ester, but not the same generic ester oil of 20 years ago . . . ?

The non-conductive thing is what I was worried about. The website’s vague statement that their dyes are hybrid compatible struck me as odd. Because if it’s compatible with pag oil, how can it also be compatible with hybrids . . . ? I think I will try to talk to uview, when I have some time.

Over the years, I’ve had better luck finding leaks with dye, versus the sniffers. And I’ve had some expensive and supposedly highly rated ones over the years. I realize the dye takes time to circulate through the system and eventually leak out and become visible. But I’m fleet and don’t have to make a quick upsell. If I can see a leak when the guy comes back in another 6 months, that’s okay for me.

As a matter of fact, I talked to my Snap on vendor about hybrid ac dyes, and he wasn’t even aware that hybrid ac systems have more stringent requirements. He didn’t have anything to physically show me, in any case. Kind of disappointing, actually

By the way, I can’t read that article you mentioned. I don’t think you actually posted the link . . . ?

How much of the issue is just HOOPLA to give an appearence of exclusivity to hybrids? The new refrigerant has no link to hybrids. And the dye to be used is determined by the oil in the system.

I wonder how long people will buy those smart pills before they find out how dumb they are?

edited; In a quick look I found this

I sent uview an email, asking them for clarification, as to WHY their dye is supposedly hybrid-compatible. If it’s compatible with PAG oil, that would imply that it’s a PAG oil-based dye, wouldn’t it? And I know that PAG oil is not to be used in hybrid ac systems. I also asked if their oil is electrically non-conductive, as @SteveC76 suggested

If they don’t . . . and I really doubt they will respond . . . I may call them up. But they seem to be in Canada, and it’s not a toll-free number. So I may give up on the idea of buying that product, in the end

If I don’t get satisfactory answers from uview, then I’ll probably bite the bullet and buy an uv ac hybrid dye injection kit.

I’ve still got a really bad taste in my mouth over the sniffers I’ve bought and used over the years. All of them claimed to be the best thing since sliced bread, and most of them left quite a bit to be desired.

I appreciate all the comments so far

I was really hoping somebody on this forum had firsthand experience using this specific dye on a hybrid vehicle, but I can’t always get all the answers I want

I only have experience with TRACERLINE leak detection dyes.

Sniffers are quite disappointing. If refrigerant is leaking fast enough to ding a sniffer it usually leaves an oily patch visible without the die. The uniqueness of the “hybrid UV dies” was the injection device that was sold as a package deal with the dies in several ads. And the new refrigerant appears to be a requirement in European cars with no dinstinction between hybrid and non-hybrid. Maybe the next American ad campaign will assure us that the product is synthetic with a 0W-0 viscosity base that is low in sodium and cholesterol free. That should boost the demand.

However, Tracerline doesn’t seem to have a hybrid-compatible 8 ounce dye cartridge for my injector . . . tracerline skeleton gun . . . at least not on their website

They have these . . . in my opinion, cheesy looking . . . single-shot and very expensive hybrid dye cartridges, which get pulled in through the low side

To be honest, the cost of the hybrid dye is a turn off. Several bucks for every dose.

That’s why I use a sniffer for leaks.

And I always find them!

Like I said, I still have a severely bad taste in my mouth, from my various sniffers over the years

I get enraged when I’ve got a visibly leaking ac compressor or condenser, 100% green with uv dye, yet the sniffer is not reacting at all

If it can’t even detect THAT, it’s understandable if they’re overrated . . . in my estimation, for what it’s worth

And these weren’t cheapo sniffers. These were top of the line sniffers, that didn’t react. Not even a little bit

The old butane torch sniffers were as good as any high tech sniffer that I have tried. The sniffers could often confirm a leak that was obvious due to the visible oil for the sake of customer satisfaction but finding leaks and being confident in handing someone the bill after a repair and guaranteing that there were no more leaks based on a sniffer not dinging made for bad business. And leaking evaporators could be a real challenge. I have overcharged systems and then shut off the compressor to equalize pressure at 120+ to test an evaporator and got a pass with a sniffer but after adding die and correcing the pressure the car would return in a week or so with die on the evaporator drain.

Thinking back on it, I avoided dealing with AC leaks for walk in customers. The fleet managers were much easier to please.