I noticed that the bottom part of the left front fender is loose at the bottom (see pic) → its pretty shocking how the rust broke right off from the bolts. 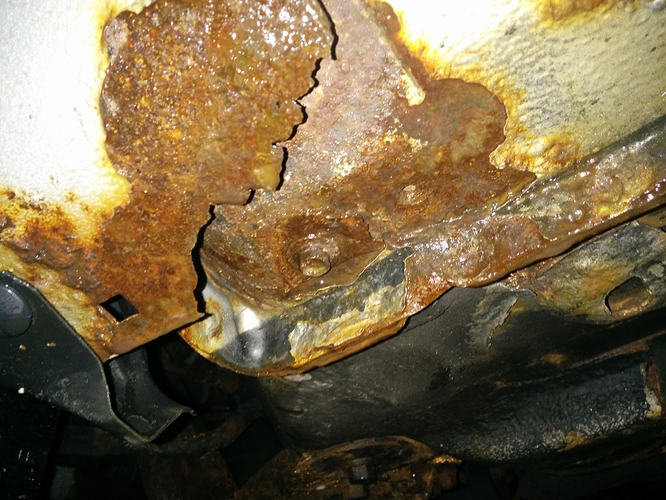 How do I fix this? I will be visiting my cousin in two days (who has a welding machine), and would appreciate timely repairs (may have to buy parts) !

Can I weld it?

Is there a method that would work without welding?

What if I drill holes and zip tie it?

Thanks for the serious replies.

This picture shows the right front fender→ that’s how its supposed to look. 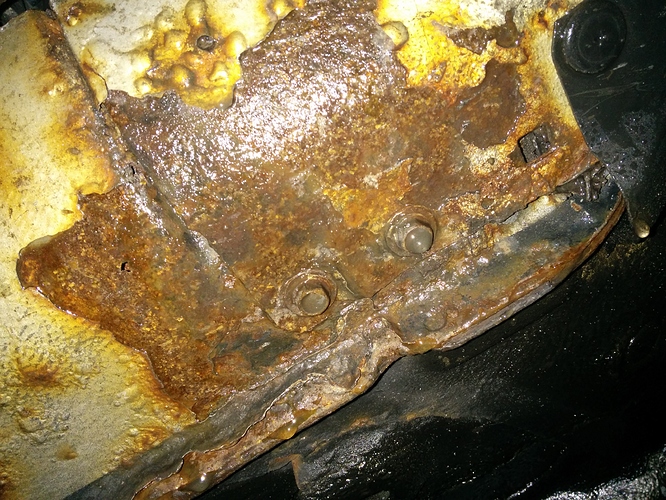 You posted the same picture twice.

If you can find something solid to attach the fender to, drill a hole and use a self tapping screw or 3. Welding won’t help much… can’t weld to rust.

Here is exactly how you fix it… Buy a new front fender…they bolt off and bolt on. You only need to ponder how to fix the rear quarter panels as they do not unbolt.

A new fender is very cheap and if you are lucky you can find a nice one in the right color in a salvage yard…otherwise just buy it new, they run around 50-125 usually…aside from that repairing a removable body panel is pure folly.

You want a serious reply . Here is one. Replace this thing and stop wasting time and money . You only see at the most 1/3 of the rust.

This picture shows the right front fender→ that’s how its supposed to look.

Well, not really. You’ve got lots of rust. I’d do whatever of the ‘quick fixes’ listed above seems best (I might try the screws first). When faced with a similar problem with my '65 Mustang/rust bucket, pop rivets reattached the rear fender to the fenderwell, lasted a long time.

Before you invest any time, effort, or money, as in fill the gas tank; get this vehicle up on a lift and have its structural integrity checked. The rust may have weakened the entire car to the point that is is not safe for you, or other drivers. The front sub frame and/or brake lines could be severely corroded.
The entire bottom of the vehicle has been exposed to the same conditions, or worse that trashed the upper body.
I would be concerned about jacking it up. If I had to I would use suspension mounts, not the rusty of the factory jacking points.

Buy a new front fender…they bolt off and bolt on.

That’ll more than double the value of the car.
Seriously, I think this “thing” ought to go to the scrap yard. Just aft of the right fender you can see a hole in the severely rotted (I think you call it) rocker panel.
There is no indication - neither from the pics nor from the posts made by OP, that it is worth spending ANY money on it.
OP - and everybody else has to realize that all and any metal in a car with no frame is structurally important nowadays and has been for many years now.

I suppose the jbweld could work, my thought is it would have to be glued on a rust free area though.

Replace this thing and stop wasting time and money . You only see at the most 1/3 of the rust.

+1
Replacing a fender on this rust-bucket is the automotive equivalent of rearranging the deck chairs on The Titanic as it was sinking.

My suggestion was based on the limited lifespan left in this thing. Do what you gotta do to stop the fender from flapping. But I wouldn’t invest any significant money into it at this point. It’s on life support…

Thanks for the suggestion

You aren’t filling anything in, you are just securing the fender. This is a hack repair, pure and simple. Drive the drill-point screw into anything you think is still solid to retain the fender.

Go to a shop and tell them run a couple of self-drilling screws to secure the fender. 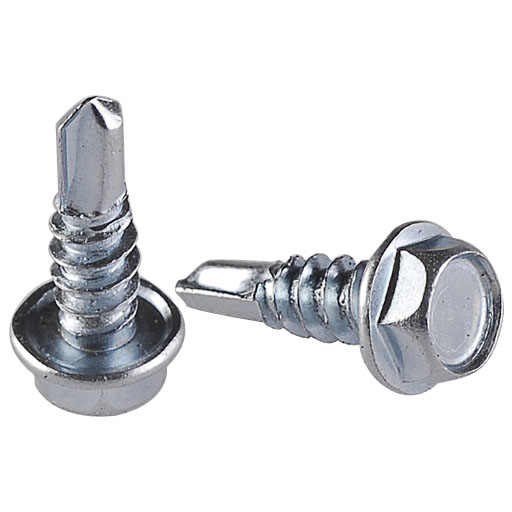 You guys are probably correct… this would fall into the category of a vehicle on “Life Support” so perhaps a few creative tack welds is the way to go, it also avoids any paint work. I agree and do not think this is the vehicle to start sinking money into for body work, paint or anything really.

SO this is rather liberating in a way…it opens the door to any and all creative ways for a patch n go repair on the cheap. Tack welds, Self tapping screws, Strong Duct tape or even that shiny metal tape we see so often gracing fine automobiles in the city. Hell maybe some 3M spray adhesive a bunch of Grass Seed and regular watering… A La Chia-Car? I’ve actually done that before, its really funny when it sprouts. You wouldn’t believe the things it can cover up!! LOL.

Have fun with it and don’t really sweat it too much.

A proper fix – besides replacing the entire fender – is to cut out the rusted part and butt weld in a new piece of metal of the same gauge. This presumes of course there is substantial non-rusted material remaining, once everything is stripped back to bear metal. If you just want something to get you by for a while, the above ideas are definitely worth considering. The best path – in terms of bang for the buck – depends a lot on the condition of the rest of the vehicle.

The best path – in terms of bang for the buck – depends a lot on the condition of the rest of the vehicle.

He has 11 threads on this 19 year old rusted car with over 250,000 km on it, from engine sludge, slamming into a curb, electrical, flashing check engine light, O2 sensors, EGR valve.

Yes fenders are cheap, except for the painting. Bolt right on. Wire brush the stuff behind it and treat with Por15. Don’t want to spend a couple hundred dollars on it? Then do as Tester suggested and get a self tapping screws for 50 cents.