France’s Delahaye cars were always beautifully styled, but they were also fast. This one humiliated the Germans by beating them in a Grand Prix race, and Hitler was reportedly infuriated.

Be sure to allow time for the video to load, as it is worth it in order to hear that old 12 cylinder engine snarl!

Hitler spurred the development of the rear engine Auto Union racers, very fast but tricky to handle. Their most famous racer, Rosemeyer, died in a high speed run

The handling of those huge Auto Union rear-engine racers was so…unconventional…that the company began hiring motorcycle racers who had never driven a car as their race drivers. The oversteer of those cars was so treacherous that most people who had learned to drive on front-engine cars just couldn’t seem to learn how to deal with that oversteer.

After they switched to using motorcycle racers, the death toll from those cars did drop to a considerable extent. When I was a teenager, I read the autobiography of Rudolf Carracciola, who drove for Mercedes and at least one other manufacturer (possibly Alfa-Romeo?) during the '30s, and I learned a lot about those Auto Union racers from his book. Carracciola considered the AU cars to be…scary.

I’ve long wanted to visit Mullin’s museum. My mother lives a few miles away, but I’m usually there over Christmas and the museum is only open on very limited days, never around Christmas. Sigh. Some day. It’s an amazing collection specializing in cars I especially love.

@MarkM, did you check out the semi-private tours? The museum conducts tours on “most Tuesdays” at 10am. If you haven’t checked already, they might open for you, especially if you take a group. It’s $40 each for the Tuesday tour.

I’m sorry guys but…that is a very ugly car. I guess it just doesn’t fit my taste for a beautiful design. It sounds great though and it’s fast so that makes up for something.

I hope you realize that it was a race model, and was designed for functionality more than anything else.

One of my other favorite marques of that era–also from France–was the Delage.
While not usually as extravagant in their design as their competitors from Delahaye, I think that the Delage cars were also quite beautiful:

No…I am very familiar with how some Delahaye cars can look (most are beautiful) but that one just screams ugly to me. I was being very selective when I made my comment and it was not meant to condemn all Delahaye designs.

Hitler’s automotive nemisis…
The car Jesse Owens road in during the ticker tape parade following the 1936 Olympics when he won 4 gold metals.

Now THAT was humiliating to Hitler and his so-called “Master Race”.

Content of character wins out over color of skin (or country of origin).

What car is Jesse Owens in? I’m thinking 1928 Cadillac.

Gotta love the story about how the German long jumper helped Jesse win that event:

@jtsanders. Thanks for the info on the Mullin tours. In the past we’ve been there right around Christmas and it was clear they were going to be closed for that week. I don’t think I could manage to get a group together unless my mother’s assisted living facility residents are a livelier bunch than they seem. My mother likes to go out on excursions, but says they rarely get more than a few others to go anywhere but the mall.

One of these years I’ll go down in the summer and try to pick a date I can visit. It sounds like an absolutely wonderful collection. The excelkent Academy of Art University collection here in San Francisco is open for tours on a limited basis, though they don’t have one facility big enough to display the whole collection. They have a couple of old auto dealerships stuffed with great cars and give tours through the main one. Luckily they have been showing off a selection of maybe 30 or so at the auto show every year, where I can study them at my leisure.

talk about coincidence, check out the car in this commercial I saw tonight! Knockoff @VDCdriver ? 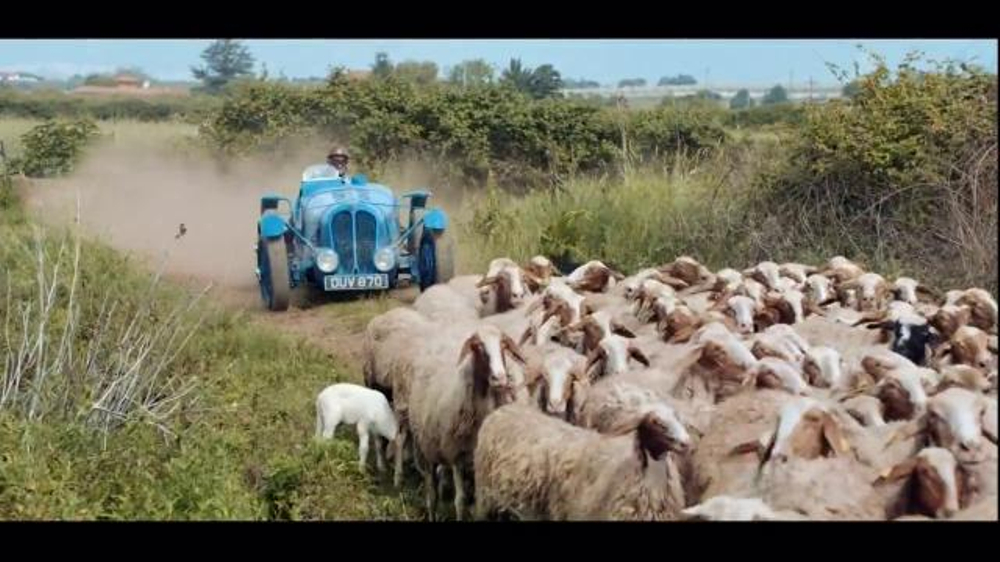 Johnnie Walker presents "The Gentleman's Wager II," a film in which a beautiful vintage car catches the eye of actor Jude Law. But, he can't attain it with just money -- He has to win it. This wager puts him in a race across southern Italy as he...