I have a 1995 Camry with the 4cyl 5sfe engine and a manual transmission with about 120K miles. It’s been very reliable overall, but lately it’s been exhibiting some strange intermittent behavior. When driving at a steady speed between 2-3K rpms, it’ll sometimes experience a momentary power loss. There’s no stalling, but it’s as if I’ve hit a stiff headwind or the brakes have been applied and then release. It doesn’t seem to happen when accelerating, but as mentioned above, it’s most noticeable when maintaining a steady speed. Sometimes it’ll be very quick like it’s bucking and other times it’ll last a full second or two. It’ll do it in all gears at both relatively low speeds and highway speeds, so there’s no pattern there. There is no check engine light when this happens, but I have not yet attempted to check codes just in case it might be storing any. It’ll happen when the engine is both cold and at normal operating temperature. I’ve also tried to observe whether or not the tachometer drops when it bumps, but haven’t really been able to discern that due to the usual momentary nature of the power loss.

The coil on this car is integrated into the distributor and I read somewhere that it’s common for these to start to go as these Camrys age and accumulate a lot of miles. I also read that it’s common for these cars to hesitate due to internally leaking fuel pulsation dampeners. The AC compressor makes a little noise, and sometimes it almost feels like what you would expect it to feel when the compressor kicks on, although the jolt or 1-2 second sustained power loss, depending on what occurs, feels stronger than that. Plus it’ll do it with the AC off, so that doesn’t seem to be a possibility. Other than this problem, the car has no issues whatsoever. It’s quiet, uses very little oil, idles perfectly and maintains optimal operating temperature. The miles are about 75% highway since I’ve been using it mostly as an airport commuter car. Most essential maintenance items, such as the clutch, timing belt, water pump, oil seals, PCV valve, thermostat, radiator, motor mounts, etc. have been replaced within the last 15K miles, and most are Toyota OEM parts. Plugs, wires, cap and rotor have all been replaced within the last 10K miles, again with Denso plugs and wires, but aftermarket cap and rotor. I did feel up under the distributor and got some fresh oil on my fingers, so the o-ring might be leaking a bit. However, I don’t know yet if there is any internal leakage inside the distributor itself.

I’m going to tear into it a bit, but I wanted to see if anyone might have a hunch as to which direction to look first. Would you suspect a spark issue (again, no CEL illuminates), or something more like a fuel delivery issue? I also wondered if it might be something like the TPS or perhaps a cam or crank position sensor on the way out. Thank you in advance for your ideas.

A fresh fuel filter is where I’d start as that could do what you describe.
It is cheap and usually easily replaced. if you haven’t done one in recent memory, it is probably due anyway.

I’ll try that tonight or tomorrow and see if it makes a difference. Thanks.

I had the fuel filter replaced and the problem persists. It’ll do it in any gear, but I’m discovering that it only seems to happen when cruising level or on a downhill incline, and then only intermittently. When climbing an incline, it doesn’t happen. I’m starting to wonder if there isn’t a transmission or differential problem at play here. It’s like there’s suddenly friction when this kicks in, and then it releases, sometimes abruptly like it’s bucking and sometimes after several seconds of delay. I had a mechanic replace the fuel filter and try to diagnose this issue but he doesn’t seem to have any idea as to what could be causing it. Any ideas on what to explore next? I’m at somewhat of a loss.

Wait, you “had” the fuel filter replaced? Did the mechanic notice any other things wrong with your car that might cause that? Be careful going to a mechanic asking to replace specific parts. He’s the expert but he’ll happily do what you ask - it will cost you money every single time. It is usually best to have them diagnose the problem.
I was under the impression you were going to do the work yourself as ‘tearing into it’ implies.

A clogged EGR will display similar symptoms. On a camry is it is pretty easily accessible, it being on top of the engine and comes off after loosening two bolts. Shake it out and spray it with some carb or throttle body cleaner and put it back in.

My view is, every problem is an opportunity to get a new tool. I’ve not tried this diagnostic gadget, but it sounds pretty darn useful, and it might help you figure out what’s going on: 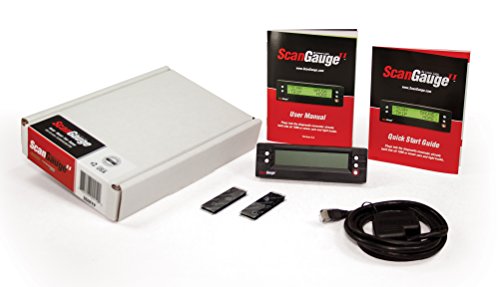 My view is, every problem is an opportunity to get a new tool.

Lol - that’s my view of life as well. I love getting new tools.

Like the tool idea. I think my car is OBDII, so that should work.

I did actually set out to change the fuel filter myself last Saturday but couldn’t get the blasted bottom line loose, so I took it to a mechanic that I have had work on the car before. I failed to mention in my previous response that I had one of his guys go for a test drive with me, and of course, it wouldn’t act up as severely as it’s done over the last few weeks, but it did bump a little during the test drive… They didn’t get to my car until the afternoon, and the shop owner called me back late in the day yesterday to tell me he couldn’t reproduce it, so I’m back to square one. I drove it later that evening and it did it many times.

I’ll look at the egr. That’s a good suggestion.

Go to the AutoZone website under the Repair section and you should be able to find the part about pulling codes on this car. It can be done with a paper clip and by watching the CEL flash while counting the flashes.
My youngest son has a 95 Camry with the 4 banger so yours should be the same.

There are a number of things that could cause a problem like this so it’s difficult to get pigeonholed into saying it’s this or that.

If no codes are present I might lean towards an intermittent fuel pump. These can be hit and miss at times.
A 120k miles is a bit young for a pump failure but if the filter was not changed regularly then it’s quite possible for a pump to start dying early. Hope some of that helps.

Rotor? Do 1995 cars still have distrubutors and rotors?
Aren’t they with all electronic ignition and coils?

To the OP, your information that the Camry coil is under the distributor cap is correct, as is your information that they can become erratic as they age. Usually it manifests itself as sensitivity to moisture or to heat. The only real way to tell if that’s the cause ofpower loss would be to look at the spark traces. If it’s displaying low peak voltage, voltage leakage, or erratic pulses or voltages, that’ll be a sign of a weak coil. It may well be the coil, but I’d be reluctant to change it without actually verifying that it’s bad. Ther are too many other possibilities, and just replacing parts without diagnosing could get expensive.

I’d start with the basics. Try pulling codes as OK4450 suggested. Also, a compression check and a fuel line pressure check are both inexpensive and easy to do, especially on the 4-banger. The spark check is a bit more sophisticated, but doable by a DIY’r. The tools and equipment are all available at any parts store in kits with instructions. Start with a Haynes repair manual. We can help you with the individual checks.