r/trees - My wife came upstairs holding this, and asked if I had been smoking... 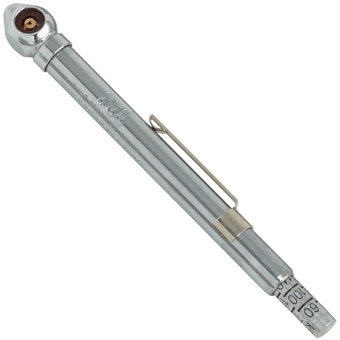 I told the story before, the security in Amsterdam just before loading the plane, found my tire guage in my carry on. Looked at it, xrayed it, emptied and inspected the entire contents of my bag, and finally determined it was not a bomb. They didn’t know what it was. They ride bikes there with maybe all hard tires like the trikes as kids. They don’t teach this stuff in school.

They didn’t know what it was.

I’m guessing most folks in Amsterdam know what that gadget is, but maybe the ones doing the examining didn’t. Even if they knew what it was, they would wonder why someone would bring it on an airplane trip, so probably the explanation is they were just being extra-diligent about safety. Before 9-11 I would always carry a light-weight very sharp knife w/me whenever I’d take a trip on a plane. Safety reason, might come in very handy in aiding myself & others in event of accident, makes it possible to cut seat belts off for example. Forgot that I had it in my carry on bag, & on a flight I took two years after 9-11 security folks spotted it, had to leave it at the airport.

Over 20 years ago, one of the security dogs smelled something “funny” about me and I was flagged down for interrogation

He was still extremely suspicious and reluctantly let me go after a good long while. I don’t recall if I got to keep my fuse

He was still extremely suspicious and reluctantly let me go after a good long while.

Sorry you had that difficulty. IIRC the 747 plane crash at Lockerbie, Scotland was caused by diy’er-electronics-controlled explosives hidden inside a radio, so extra suspicion about a passenger carrying anything home-brew electronics related is probably a good idea. This sort of inconvenience is just something we all have to put up with these days. Having to lock the car door, house door is an inconvenience too, another thing we just have to live with b/c there’s a host of bad guys will otherwise take advantage.

On the news yesterday at a Florida Airport. a woman tried to bring on an uncooked whole chicken with a gun inside,

I flew from Chicago to Dallas with a 36” long threaded sst rod. I could have bought it in Dallas. Ha.

TSA can be pretty tough, We were on a flight out, I had my camo hat blue jeans, hiking boots, and wife says you should not wear that to the airport. Bud in our group suit and tie got singled out for pre board screening. Did not even think about staples in my colon from polyp removal, got 3rd degree 2 times for metal showing up in the scan. I never even thought about them till after, will be willing to advise why next time.

I don’t want to make Nevada mad, but why would you have a tire gauge in your carry on? Ever rent a car?

Before 9/11, our whole company of army reservists were going through the Scranton airport. All were in dress greens. Al had to remove every bit of brass and metal. Took a while. Guess they thought we were terrorists.

In la airport, the wife had one of those cake spatulas with the magnetic heel so shaped like a shoe. They classified it as a weapon. She told them she bought it at the Minneapolis airport and flew down with it. Didn’t matter. Dopes or jerks I haven’t decided.

Yeah tell me about all the mental giants working security.

The problem is we can all imagine ways that something bad could happen, but most crime is a matter of impulse and opportunity. Someone sees something they want and does whatever to get it. Whether your house is locked or unlocked doesn’t seem to matter much. My house has been broken into twice in my life, broken window both times. Both times the door near the window wasn’t locked. We live in a high crime area and the best defense is don’t leave anything to steal in your car. There are times I leave the glove box open and the center compartment open so anyone can see there’s nothing to steal. And if you’re walking down the street in a sketchy place, walk with confidence and keep moving. Predators always pick out the stragglers.

Those folks do a pretty good job imo. They are annoying as heck, true, esp that magic wand they have, but if it makes the flight safer, I’ll grin & bear it. Of course I’m the sort of person who crawls under the bed at the first sign of danger. One time I was on a plane taxi’ing to take off position, getting ready to take-off from NY’s Kennedy, going to San Francisco. Already 90 minutes behind schedule Pilot: 'Sorry folks, one of the warning lights won’t go off, we’ll have to take the plane back to the gate for maintenance to take a look". Many passenger complaints about the delay. Me, if I have to sit in the grounded plane all night and all day tomorrow, fine by me. Take however long you want to get the warning problem fixed before taking off.

Bigger concern imo is not the airport security staff, but that it is possible to nearly entirely bypass security screenings for some folks, like airport employees, flight crews, etc. Some years ago a Fed Ex flight crew taking off from Memphis allowed a Fed Ex employee to ride in the cargo-plane’s jump seat. That guy turned out to have a bevy of weapons with him, hammers, spear gun, etc. As soon as plane took off he tried to hijack, hitting flight crew in the head with hammers. 3 flight crew, one bad guy, so seems like flight crew would have no trouble to put the kibosh on that idea. But the bad guy was very strong, more like a football linebacker than a the typical airline employee. Took two of the flight crew battling the lone perp in back of plane, and pilot doing aerobatic flying maneuvers, to get perp under control, and didn’t really ever get the perp completely under control. But pilot was finally able to reverse course back to Memphis and land plane. Flight crew all severely injured but thank heavens all survived. Perp remains in prison as far as I know. As long as some folks are allowed on the plane w/out full security screening, this sort of thing always remains a possibility.

Veteran pilot with weapon is a better deterrent in my view, but gee no one goes into Memphis anymore unarmed from what I’m told. Suit yourself though but comes a point when you have to come out from under the bed. I’ve had three near misses so I say bring it on. Got your polio booster?

On the news yesterday at a Florida Airport. a woman tried to bring on an uncooked whole chicken with a gun inside,

Is this a new recipe for bang-bang chicken?

Those folks do a pretty good job imo.

In this case, pretty good wasn’t good enough, unfortunately. Luckily, tragedy in the air was averted when the miscreant was tackled by some passengers. 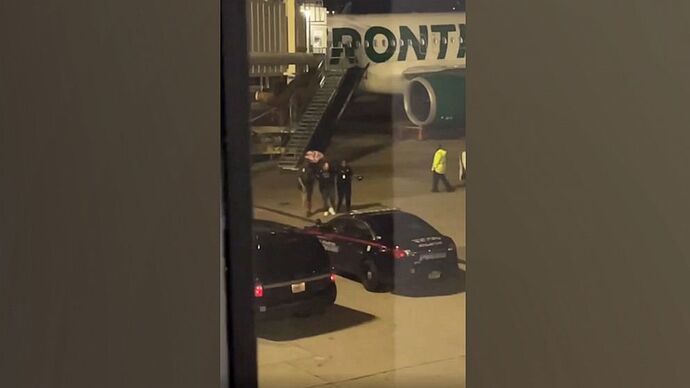 A passenger on a Frontier Airlines flight was taken into custody for possessing a box cutter after the plane made an emergency landing, according to the airline.

Reminds me of 3 experiences…

Concur, TSA should have taken their safety responsibilities more seriously in that case, no doubt about it. For knives, seems like the option should be to either put them in checked luggage, give them up to TSA, or pay for TSA to ship them to your home address. Removing removable blades but allowing rest of knife, that’s not good enough imo and if that’s against policy, agents involved should be severely disciplined.

Watched a suspenseful Mayday episode (tv show, dissecting cause of airplane accidents) last night. Ethiopian airliner on 3 hour flight to Kenya, hijacked soon after takeoff by 3 no-good-er perps, who told pilot to fly plane to Australia. Pilot said “not enough gas”, but hijackers insisted. Pilot asked passengers to storm hijackers, but passengers scared, refused. (This was before 911.) Plane ran out of gas, pilot tried to land plane in ocean, but wings not completely level, plane broke into 3 pieces, bad crash. One positive side, not far from tourist beach, so boaters soon on the rescue. 50 survivors, 125 dead.

I’ve often wondered why TSA won’t allow people to leave the line and check their bags. They used to do that. I used to travel a lot for work and developed the habit of always using the same luggage for carryon and never putting unacceptable items in them.

I used to travel a lot for work and developed the habit of always using the same luggage for carryon and never putting unacceptable items in them.

I had a period of a lot of business related airplane travel too. If I learned at the office I had to fly that afternoon, no problem, bag was already packed and ready to go. Coincidentally I always kept a box cutter w/sharp blade in that carry-on bag, never any complaints from the security folk. Before 9-11 of course.

Yeah I have a duffle in the car and also travels with me. I consider it a go bag with essentials in it. For flyin I have to take out some items that are not allowed. Never thought a tire gauge would be a problem. Tooth brush was fine but had to put the travel size tooth paste in the plastic bag for inspection. Also have remember to take my knife out of my pocket and into my suitcase. Interestingly there is no
problem with a sharpened pencil.

I remember reading about the training bill Donovan put secret service agents through in the oss. One of the was how to kill someone with a newspaper. Lots of ways to kill someone if you really need to, so humor the tsa.

But it is “vapor” related. Does your wife pressure you much?