Grandpa's truck goes back to his family

… at the same price that Gramps sold it for, 44 years ago: 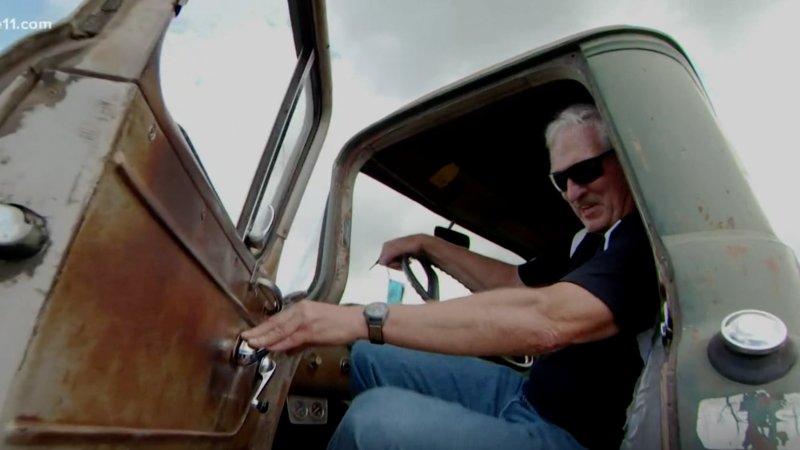 Man who drove $75 pickup for 44 years sells it to original owner's grandson...

MINNEAPOLIS — A Minnesota man sold the 1957 Chevy pickup he drove for 44 years for $75, the same price he paid decades ago. Bob Sportal of Prinsburg handed

But how in the world did a 57 pickup survive all those years in Minnesota? Sure its rusty, but it should a pile of rust in the driveway by now.

Depending on where his house is and where the grain elevator is, he might well have driven it on dirt roads that didn’t get salted.

There may be something like that going on here. I moved here in 1983 and a neighbor has a 1971 (pretty sure) GMC pickup. Bare bones, straight 6, 3 speed on the column, AM radio only) and he was driving that truck to work every day to the grain elevator.

Fast forward to 2020 and he’s still driving that truck every day to the grain elevator and elsewhere. I would have thought that truck would have given up the ghost a long time ago but it keeps on going.

Yeah pretty rusty but the steel in those old trucks was quite a bit heavier than today. My FIL sold his 61 Chevy farm truck for $500 before I found out about it. No rust but in S Dakota. A little dusty but would have been a fun restoration.

A neighbor has a Ford pick-up, either 1952 or 1953 (I forget which) in beautiful condition. But I think it has been restored. At the least it has been repainted what I think of as “Cadillac green” like the particular shade of green I saw as a kid on 1950s era Caddy’s. It lives in his driveway as a sentimental weekend toy.

Cool story. Thanks for the link.