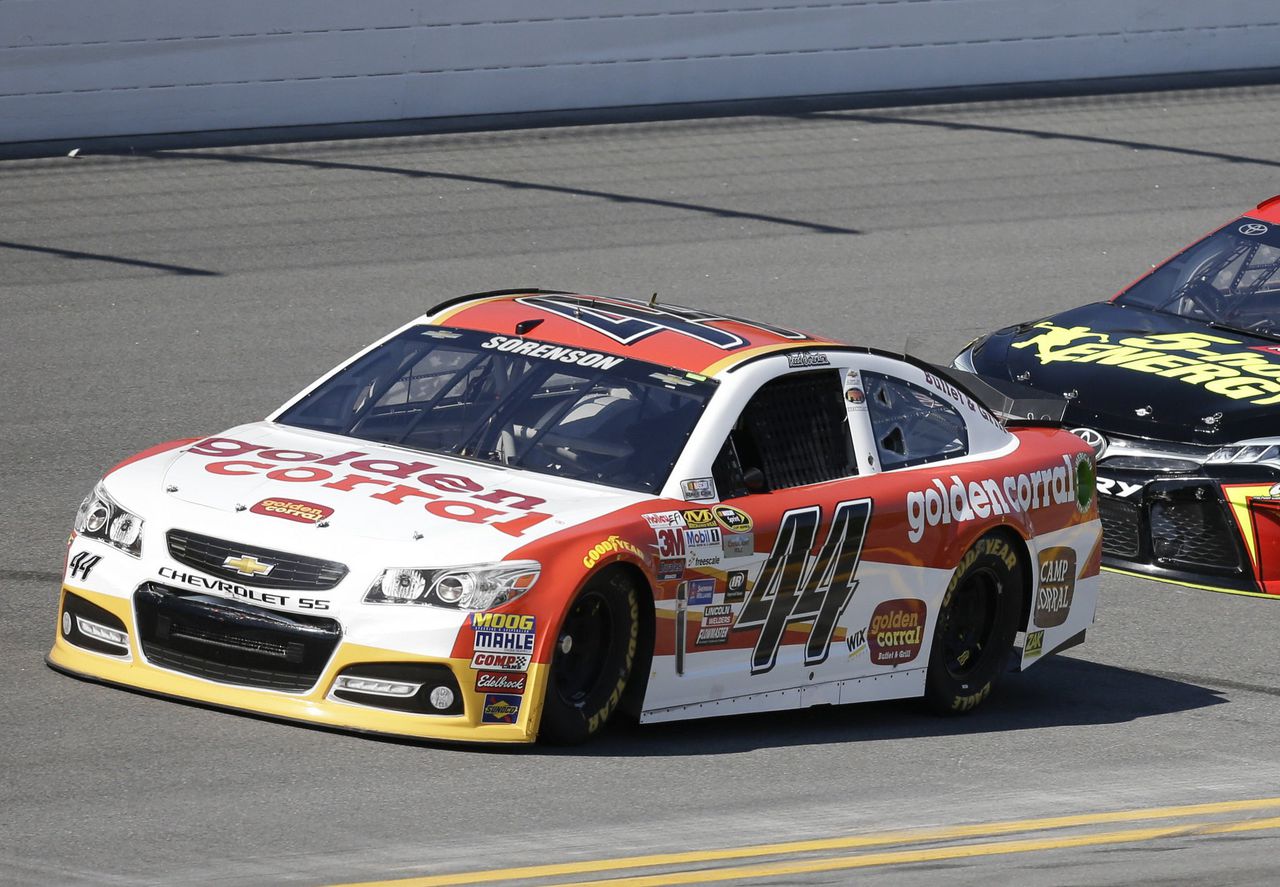 According to Team Xtreme Racing, the stolen race car belonging to the New Jersey NASCAR team has been recovered. Team Xtreme owner John Cohen, who is from Union, N.J., and Georgia police had spent the past 24 hours searching frantically...

That is good news. I wonder if the rich NASCAR owner’s exotic car is stolen would get the same support?

You’d think being from NJ, they’d secure the trailer a little better. Been going on for quite a while now where instead of breaking into trailers and stealing tools, etc., they just take the whole trailer.

“You’d think being from NJ, they’d secure the trailer a little better”

@Bing–Actually, I think that they may have been lulled into a false sense of security because they come from NJ, which has much lower crime rates than GA–where the theft took place.

Here is a comparison of the two states, with stats per 100k people:

Even though I am no longer in the classroom, I believe that I can still educate people, and today I think that you may have learned something!

Well, they got the car back, but not the trailer with the tools and the spare engine. Seems like they got the half back that couldn’t be easily fenced. This has happened before in various racing series in various places, unfortunately.

@vdcdriver It was a joke but guess you didn’t see my smile. Thanks for the free crime lesson anyway but think both states are a little high on the crime stats compared to South Dakota.

The articles are a little unclear but it sounds like they took the truck and the trailer too in one fels swoop. When I pulled a trailer I always had the hitch locked but always thought how silly that was since it was easier to just pull it out of the receiver or unbolt the ball and off you go. Of course I never pulled anything worth upwards to half a million bucks so wasn’t too concerned. Maybe that’s why some folks remove the trailer wheels over night.

Thieves can be determined though. A couple months ago there was a jewelry robbery along the interstate in So. Minnesota. The guys had been at a show in Chicago. The perps followed him all the way from Chicago until they took a rest room break in Minnesota. One guy stayed with the jewels in the truck while the other two used the rest room. The perps then crashed the window in the van, took the jewel cases and off they went. Close to half a million loss. The perp’s vehicle was found in a ditch not far away so they had to have had two vehicles. Followed for 400 miles waiting for their chance. Never can be too careful when the stakes are that high. That’s my free security lesson.

Actually, South Dakota falls into the same statistical category for violent crime as does NJ (below average): 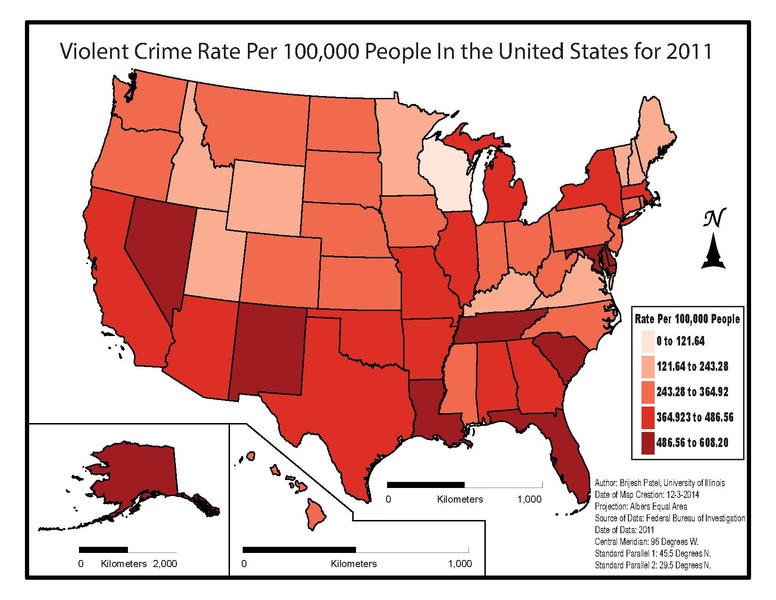 When you are comparing states with drastically different population totals, looking at total numbers is not valid, and the only way to compare things on the same plane is to do it on a standardized incidence per 100k of population.

In any event, with the exception of a few urban areas, NJ has traditionally enjoyed a low crime rate, and our esteemed governor (who spent more than 1/3 of the time out of state last year) has NOTHING to do with the safety of our state. Instead, I credit a populace that is more educated than the average for all states, as well as a lot of very good local police forces.

Sorry but I understand statistics and it is precisely the other way around. When you have vastly different populations, rates per 100,000 make less sense. Drive through South Dakota with a total of 3000 and drive through New Jersey with a total of 30,000 and which one would you say you are more likely to encounter an adverse situation? In two states relatively the same area, if you had 3000 cases of flu in one and 30,000 in the other or 100 times the other, which would you be more concerned about? Even though they both had the same rate per 100,000. Big difference.

But whatever, hope he gets his truck back anyway.

Interesting take on crime stats. Say state A has a stolen vehicle rate per 100,000 population equal to state B, but state A has a population ten times that of state B so there are 10 times the number of vehicles stolen vs. state B. If you live in either state, your chance of having your vehicle stolen would be the same, right? Now, if you’re just driving through the state, is that different than living there? Hmmmmmmmm…

It makes me wonder if some competitor, even lower on the food chain, might have had it stolen. That could improve their points standing.

By heading east the thieves narrowed down any search area. It seems to me that with as many NASCAR fans are there are in the area someone is going to spot that rig and call the law.

If you live in either state, your chance of having your vehicle stolen would be the same, right? Now, if you're just driving through the state, is that different than living there?

I think that largely depends on whether or not your trip through the “Garden State” is routed through [shudder] Camden.

Yeah the old 80/20 rule again. Averages are always misleading. You’d likely find 80% of the crime taking place in 20% of the locations and in clusters. So depending on where you are driving through . . .

Unfortunately, Oklahoma is ranked about 17th on the list of crime-ridden states with 1 being the worst.
As Bing mentions, 80% of the crime in 20% of the locations; mostly urban areas and usually committed by the same ones who have been arrested a dozen times before.
At least the police have job security…

While areas like NYC and Detroit may have a lot of stolen vehicles…the North America king is Toronto. Many years ago when my daughter was in high-school some friends of hers went to Toronto for a softball tournament. Of the 14 families that went 2 had their cars stolen. During the week long tournament a total of 30+ vehicles were stolen from the 100+ teams. We stopped sending teams to the tournament after that year.

Good point. It appears that “alien” vehicles were targeted.

Anyone catch the article today on the 4 million in gold stolen on I-95 in NC? Enroute from Miami north, had truck problems (uh huh) and three armed gun men unloaded the gold.

VDC driver-I suspect that in metropolitan areas much less crime is actually reported. The overwhelmed police don’t want to be bothered, the population has a more fatalistic attitude " Oh well, that will happen." and realise that reporting something won’t get your property back.
People in rural areas are outraged by theft.
I was camping near Kane PA, very rural and listening to the local radio station, they gave a minute and a half description of an 8 year old girls stolen bike.