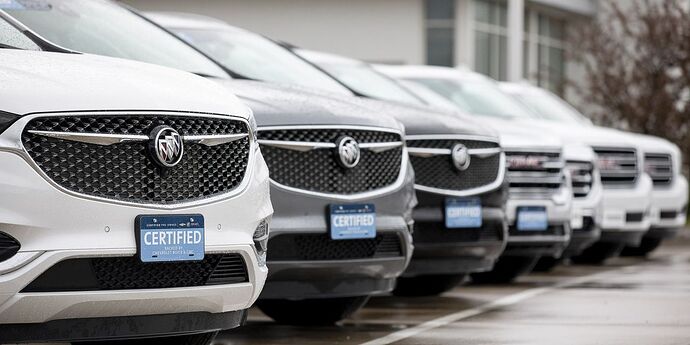 The auto maker will offer buyouts to U.S. Buick dealers as an alternative for franchise owners who don’t want to make investments that will be needed as the brand goes all-electric.

How far will this insanity go? What do ya think they will use for money to buy them out? So let’s get practical again and would I drive my Buick to the dealer to plug it in for four hours and walk home or go have a long cup of coffee?

Buh-BYE Buick… could not care less!

Sales for Buick have been fairly stable, but are about half what they were in the mid-1990s as a percentage. GM wants to improve sales and hopes this will work. If they leave the US market they will still exist overseas, specifically in China where they are one of the most popular non-Chinese models. We are seeing a big change in the automotive market and businesses that respond properly will be rewarded eventually. It’s a guess right now what the proper response is.

It would not surprise me if at some point down the road Buick heads down the same road as Oldsmobile and Pontiac.

The dealers are resisting for a few reasons. They may not think they have a market for EVs in their area.

For some, running the 440v 3 phase power is VERY expensive. Industrial level power is generally not required for a string of retail businesses selling hair products or autos.

Dictates from the management in Detroit are not always in line with a Buick dealer in Cow Pie, Texas or Cornfield County, Kansas.

I also think that Buick may not last much longer . I looked at their line of vehicles and did not see anything that I would be interested in . It seems that the corporate leaders keep doing things to make it harder for the dealers to stay in business . Some years ago Lincoln required the dealers to do a face lift of the facility that did nothing to increase sales which are not anywhere they need to be.

We will just see how this whole thing shakes out but our business system is based on building products that people want to buy, not necessarily are forced to buy. It just seems that with sales around 13% for electrics, that that might not be what you base your whole future on.

We have been hearing climate doom and gloom for 50 or more years and we are still here after many warning of only ten more years to go before we die. Then add that the batteries largely come from our enemy China, the high cost and unreliability of solar and wind, not to mention where they come from, plus the fragile state of the grid, and good luck Gm.

Sell our transportation system that has fueled our economy to China and you have to ask some deeper questions. We will just see how this winter goes but generac is
booked solid.

Why would GM do that with such strong sales in China?

The local Subaru dealership used to be a Subaru & Saab dealership. After GM started throwing their weight around with Saab dealerships, they informed the local guy that he had to relocate his dealership to a much more busy (and MUCH more expensive) location, as well as build that new facility to their standards. He told them to pound salt, and he lost the Saab franchise.

Fast forward only a few years, and Saab went belly-up, thereby proving that the local guy made an excellent decision.

Let’s be honest here. In 20-30 years, this entire idea of man-made “climate change” will be looked back upon as the folly of our time, and this attempt to force the motoring public to drive nothing but electric cars will be looked back upon as an even bigger mistake. A more realistic goal would have been to encourage people to supplement their main (gasoline-powered) vehicle with an electric “city car” like the now-discontinued Mitsubishi i-MIEV, and to encourage people to replace gasoline-powered SUVs with fuel-efficient subcompacts.

I expect to see widespread financial pain ahead for millions of people, and the destruction of once-successful businesses and industries…and the Earth’s climate will keep doing what it’s always done, which is trend up or down cyclically over thousands of years.

In one western civ class it was mentioned that the earths cycle was something like every 20,000 years. That was before tv so no way to know for sure. Silly humans.

I expect to see widespread financial pain ahead for millions of people, and the destruction of once-successful businesses and industries…and the Earth’s climate will keep doing what it’s always done, which is trend

Climate change is real. At most high tides Annapolis, MD harbor streets are flooded. The Navy is considering moving the Naval Academy because it is right next to the harbor in Annapolis. The Navy is also very concerned about how long they can continue to use the naval docks in the Norfolk area. People that live on the water in the Norfolk, VA area often can’t leave their homes at high tide because the roads are flooded. The greatest changes are near the poles where incredible melting is causing the sea rises. It’s not just the water. Climate change is causing the Western drought and the Chinese drought. The hydroelectric plant at Lake Mead is running at below capacity and is in danger of stopping completely. Farmers in Arizona and New Mexico can’t get water for irrigation because of the drought. It’s long established that this is not just normal cyclic climate change. There has not been an event like this is over 100,000 years.

Let’s be honest here. In 20-30 years, this entire idea of man-made “climate change” will be looked back upon as the folly of our time,

Climate change is real . Not every family can make use of a Sub compact ( Yes , some don’t need them ) . Many apartment and Condo dwellers do not have enough alloted parking to have a city car .

Temperature cycling is done by evaluating cores of Antarctic ice. They see chemicals lik CO2 and isotope abundance that indicates climate at the time the ice was formed.

Climate at the core: how scientists study ice cores to reveal Earth’s climate...

Like a prehistoric fly trapped in amber during dinosaurs' days, airborne relics of Earth's earlier climate can end up trapped in glacial ice for eons. How do climate scientists turn those tiny relics into a story about Earth's ancient climate?

Ice cores going back 110,000 years have been retrieved from Greenland and up to 2,000,000 years from Antarctica. The following article from Princeton Univ. states that the CO2 levels in todays atmosphere haven’t been seen for 2,000,000 years. Air temperature and CO2 levels track closely. This isn’t just normal Earth cyclic climate. 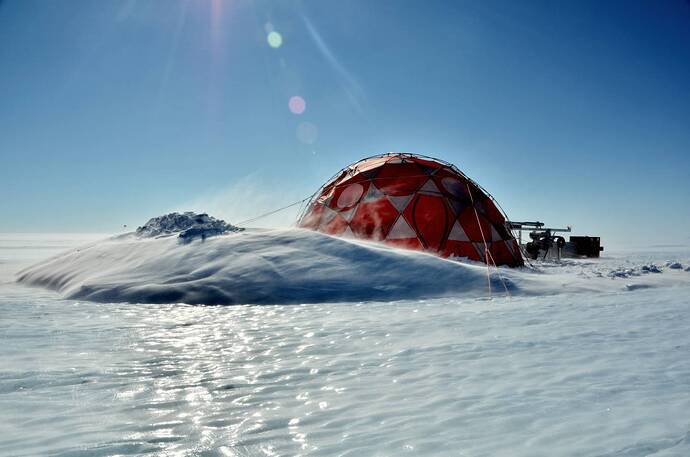 In my OPINION–with which 95+% of the world’s scientists strenuously disagree…
In 20-30 years, this entire idea of man-made “climate change” will be looked back upon as the folly of our time

There, I fixed it for you.

And of course others disagree. But hey why not destroy a couple thousand years of human progress just in case? What do developing countries need with cheap energy anyway? They should all just buy Teslas or eat cake. 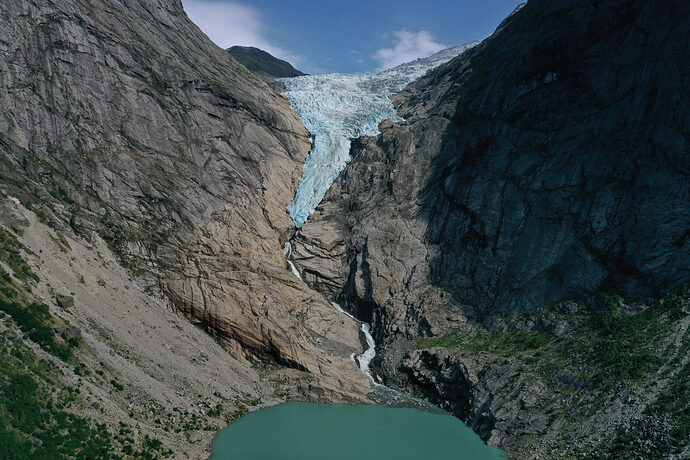 To the average consumer of news, the petition’s message might seem reasonable—a healthy dose of skepticism in a debate that affects everyone. “Computer models are human-made,” the petition begins. “This is precisely the problem of today’s climate...

In the future if someone wants to buy a gasoline powered Buick, they will have to step 25 feet from the electric Buicks, they are called GMC Acadia and Terrain.

In the future if someone wants to buy a gasoline powered Buick, they will have to step 25 feet from the electric Buicks, they are called GMC Acadia and Terrain.