We here at Car Talk Forums have discussed this issue in regard to the commonly reported “fails to crank” problem. i.e. the possibility that the car’s computer could monitor the voltages at the battery and starter during each crank event and note how they change over time to warn the owner that a “fails to crank” problem is likely to soon occur.

It sounds like maybe GM has been listening in …

Your GM Will Warn You Before It Breaks Down

During their keynote at CES (the Consumer Electronics Show), General Motors made some important announcements: not only have they shown us the all-new 2016 Volt (though without giving us any information about it), they also presented a technology that will enable their vehicles to inform owners when a breakdown is about to occur.

Today, most of a car’s components are monitored by an array of sensors and computers. As soon as something breaks, a signal is sent to the central computer, and a warning light pops up on the dashboard (the infamous Check Engine Light). GM wants to push this one step further: Using advanced sensors, the computer will check the state of the starter, fuel pump and battery. Their performance will be monitored, and if they lose too much of their efficiency, an alert is sent not only to the car’s computer, but also to the owner via a text message or an e-mail using the car’s 4G LTE network connexion.

This option will initially be available on a few models, like the Equinox, the Tahoe, the Suburban, the Corvette and both the HD and regular Silverado. Over time, additional models will be added and more parts will be monitored. 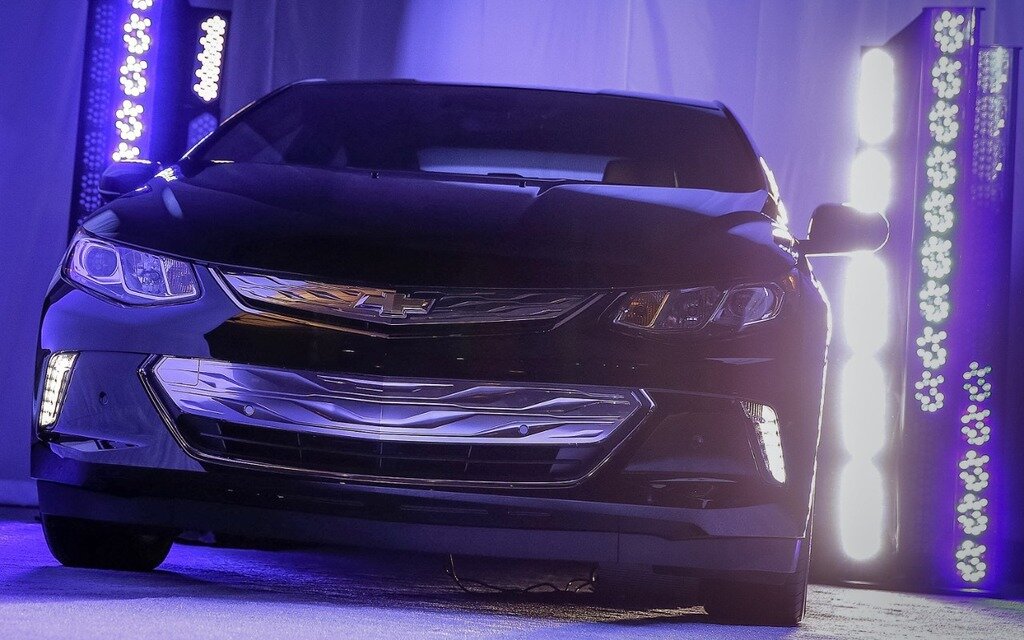 Your GM Will Warn You Before It Breaks Down

During their keynote at CES (the Consumer Electronics Show), General Motors made some important announcements: not only have they shown us the all-new 2016 Volt (though without giving us any information about it), they also presented a technology...

That actually sounds good. Many cars now have the display where you read a message. It could easily say that " the charging and starter systems should be tested ".

Or “You know that Banana split is going right to your guy, and I’ll have to lug your fat spare tire all over the place.”

Just think if we could program these ourselves.

“You kids shut up, sit still, and Jimmy get your finger out of your sisters ear.”
“Ok…who had the beans”
" Not down this road…I remember the pot holes from last year"
“Sit back, relax and shut up so the driver can concentrate”
“Don’t make me pull this car over”

There’s no question the technology is here, but I’d worry that it’s just one more thing to break that nobody will be able to fix, like the EVAP systems.

I would, however, welcome an OBD system that displayed the codes and their meaning rather than just a CEL. Display screens are so commonplace now, and OBDII systems long-since ubiquitous, that it would be a simple thing without adding any complexity to the control systems themselves. It would seem to me that eliminating the need to download the codes would be an asset without a downside.

My Riviera had the option to key in reminder messages that would display on the CRT when you wanted it to. It was fun. I’d program it to say happy birthday to my wife and once figured out when we’d be crossing the line into Florida and programmed welcome to Florida. 'Spose it could have said shut up or anything else but that would have been unwise.

I’m the first to admit that I’m not an “early adopter”.

GM offers something similar now with OnStar. OnStar will send a diagnostics report if you’ request it. The sensors are scanned to see if anything is out of kilter. This new system sounds like the next step.

I get an Onstar report on Email every month reporting on the conditions, tire pressure, mileage, oil change info etc. Plus, if I get a code, I can just sit in the car, car Onstar and ask what the code is and the meaning. Only used it once, but after talking to the initial person, they put a tech on line to further explain what the code was and what to do. Of course the info was take it to the dealer and they will clear the code and if the code comes back will replace the cat under warranty which the did.

Ive done the same thing several time using the OnStar system in my car. I’m thinking what this really is is just immediately putting the information on your display screen. I get the same email

Personally, I’d rather have a reliable car than one that tells me how it is not.

If a 100% reliable car was an option, I think most everyone would agree with you @insightful .

I bet the sensors are so advanced, they can detect when the owner has a surplus of money in his pocket to spend on " just in case repairs" . This is pressing on one’s " I am skeptical button."

I was thinking that they would simply be adding sensors to measure things like the fuel pump electrical draw or the fuel flow which would certainly be feasible. A wealth of information is already being collected by the computer sensors so it would just be a matter of adding a few more specialized ones.

OnStar has been doing this to some degree for a while now. The data GM gets from OnStar is worth far more than the monthly subscription fees. This provides the engineers with use cycles and data streams of everything the in-car network can read. Buggy software can be downloaded overnight so the customer doesn’t need to visit a dealer. Warranty claims at the dealer can be analyzed across every customer to see if it is a local problem or national in real-time. Hugely powerful stuff.

This is likely the next big “roll-out”. GM has collected enough data and analyzed it against warranty work so now they can identify failing systems. I doubt they’ve added a bunch of new sensors, just using what is already there. They can detect impending failures much like we can with scan tools recording OBD 2 data streams before codes are set. An example would be a sluggish O2 sensor that doesn’t switch hi to low voltage fast enough. It hasn’t set a code, but it is a failing sensor.

Would be good to have a coolant pressure sensor.
Also the ability to record & analyze ignition coil(s) primary waveform to detect worn spark plugs or other ignition parts starting to fail.

Remember, this is GM. The company that couldn’t tell you your crankshaft position sensor has failed after it’s failed multiple times.

You are right @insightful that if what GM is claiming to provide doesn’t actually do what it says, or the info provided is near-impossible to access or understand etc, it’s better to not have it.

Time will tell if GM provides something actually useful or not. If I were purchasing a new car and I thought the car would actually inform me in advance that a fail to crank event would soon occur, I’d be more inclined to purchase that car vs one that didn’t have that ability. A fail to crank event can be quite dangerous, and even if not dangerous, very inconvenient. You could get a smaller raise or even lose your job b/c of a fails to crank event possibly, if you didn’t make it to work on time on a critical day.