Finally a system that goes beyond the check engine light. Announced on Sept 17 2010 a system that “can predict potential points of failure and notify drivers before the situation become worse”.

The first components slated to be part of the system are hub bearing sensors. Can you believe a system that will tell you when a bearing is approaching the end of its service life?

The system is not new to our military as it was developed to be used on fighter jets and tanks.

It is planned for the owner to chose what system he will use to recieve his status reports, that is, the report can come on email or over the car radio. Now I hope this system has security as spoofing this one would be real bad.It is planned to bring many more systems under this monitoring program than just hubs and bearings, with the market dictating the pace of implementation.

In more than 40 years of driving I can’t remember ever having a wheel bearing failure on any vehicle I’ve owned, regardless of age or mileage.

I don’t see this as particularly useful on passenger vehicles.

I predict many owners will ignore the warnings, just as they now ignore the CEL. As long as the vehicle seems to be running well they will continue to drive it.

Then they will complain about the failure.

“The difference 'tween the men and the boys ??? The price of their toys !”

More useless hand holding baby-sitting technology that will only spur a rash of posts here from the penny pinching disbelievers who already question the printed sevice schedule in the owner’s manuals. ie; “do you all think I should replace X just because it says it’s time ?”

Just because we can does not mean that we must.
Give me back the good ol’ greasable bearings , ball joints, and u-joints and we’ll talk life span of those parts sometime ten years down the road.

I was looking at another tool in solving the question of both “what is that noise” and “do you think I have a bad CV joint” both can be difficult to diagnois,espicaly the level the failure is at and how much time you have. People are already crediting the OBD-II system with capabilites it does not have, it now appears we will get a system that answers (market bearing) “why won’t my car start” and why did my car die" along with the biggest one of alll “do you think it is fuel or spark”.

This is not “pie in the sky” stuff. There are people and organizations that are well finianced and staffed by competent people trying to make this system a reality.

I can see not only more complexity but vastly increased costs, more customer complaining, and just like the CEL, many of those email notices will be deleted or the car owner will turn the radio notice off, insert an AC/DC CD, and crank it up.

Using the wheel bearing as an example, I would assume this would probably read freeplay in the hub bearing and decide if it’s bad or not. Well what about those bearings that are not loose all but are simply rough and causing either a slight noise or vibration?

I don’t doubt the intentions of the inventors. I’m sure they’re trying to make the world a better place.

But I stick by what I said earlier: Many (most) owners will ignore the warning, regardless of its specificity, until something breaks.

That’s the problem: How do you change human nature? Or at least 21st- century American human nature.

I can sense the same resistance to technology that my old auto shop teacher related to me in regards to self adjusting brakes. In the early 60’s when these systems started commimg out people would actually pay to have them removed.

Ask yourself what motivates a system that tells you this kind of stuff, perhaps it is a lack of competent mechanics that is causing the job to get turned over to machines.

Where did you get your info about this new system? you seemed to haved missed some of the main points.

You seem to be reading alot into this compared to what’s actually in this very short article.

Here’s the link so everyone can read it. 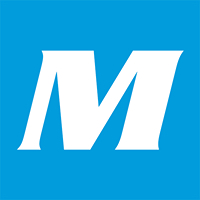 That new technologies continually shape the way passenger vehicles are operated and maintained is nothing new. What is new, however, is the unprecedented rate of change that electronics are currently bringing to our industry. Consider these three...

As long as the market dictates the pace of implementation and not some federal regulatory agency I have no squabble with the technology. I’d exepct to see thes types of early warning systems on high end luxury flagship cars, like the Mercedes S class and the BMW 8-series. People that buy these cars want fancy technology and are willing to pay for it, and for the cost to fix it when it breaks. I myself am not. The average driver would be probbably happier with new technologies that provide decent vehicles at affordable costs.

I have a much larger article emailed to me by John Lypen from Motor magazine.

In my automobile, here are the read-outs I want on the dashboard in the form of gauges:

Don’t you want to know if your emissions gear is working correctly or have you not yet moved into a vehicle that has emissions gear? no sense changing when it will only be for a few more years,I can understand that line of thinking.

It was “eyes only” I am moderately hopeful that an email to John Lypen would get you a copy.

Let me get this straight… an editor from a major magazine, who doesn’t know you and you’ve never met, sends you sensitive information over e-mail that is “for your eyes only” and then you start a thread about it but won’t back up your claims because the information was for your eyes only.

How convenient is that?

An in-law of mine went through a deal a year or so ago in which the transmission on their just out of warranty Ford was acting up. The problem was severe enough to cause the car to be near undriveable, and I know because I drove it. Absolutely no sign of any codes and even a scan from a friend of mine who like Transman has many years in this specialty revealed nothing. A change of fluid and filter accomplished nothing.

Problem? A faulty solenoid and a flaw in a valve body part. This would have cost them almost a grand if a Good Will warranty had not been done.
Something like this can’t even be definitely pinned down and we’re to put all of our faith into a wheel bearing sensor?

I agree. I’ve seen wheel bearing assemblies with alot of play but don’t make any noise. Then on the flip side I’ve seen bearings with no play but are howling up a storm.

The link to the article that rockman provided has very little information plus it appears that this is an aftermarket parts company doing the research. I’d like to know if any car makers are actually looking into this.

How about the link to the full article oldschool?

Unlike the permission I was given to “send” the digital magazine to anyone I want, his email to me has written on it “only for the person addressed too”. The man was good enough to contact me,and I will observe his restrictions.

I will not be bullied into compromising my standards.

Perhaps you can tell me just what facts you dispute?