Just last week, watching Jeopardy on tv, one of the contestants had won 38 times in a row. He seemed to know everything about anything. He knew stuff I wondered if anybody else in the show’s history knew. The other contests seemed to have no chance. Anyway I’m feeling very inferior, when all of a sudden the hostess asks this question: What was the function of the mid-70’s automobile technology termed “Jetronics” ?

OMG!!! Eureka!!! None of the three contestants had any idea at all. Even the guy who knew everything. So finally I got a win! All due to my prior 78 VW Rabbit and its service manual. And a lot of spilled gasoline.

fyi, “Jetronics” was the name of the Bosch CIS fuel injection system. There were several versions. The VW Rabbit used the K-Jetronics version. Rather than current FI systems which use a constant head pressure with injected pulses of varying pulse durations, K-Jetronics metered the fuel using a continuous spray, while varying the fuel pressure. Worked ok in theory, great when the car was new, but in practice the low fuel pressures eventually allowed the system to clog if any grit in the gasoline got past the fuel filter.

I wouldn’t have known that one but my wife and I are frequently amazed about the stuff some ahem younger contestants don’t know.

It’s referred to by my Mother as useless knowledge, that is until it’s in the crossword or on Jeopardy. Dad and I are considered storehouses of useless facts.

OMG!!! Eureka!!! None of the three contestants had any idea at all.

You made me laugh. I woulda had no idea, but I never would have gotten past day one. I’ll bet @VDCdriver knew though. He remembers everything.

Actually, CIS does not work on low pressure. It uses high pressure from the pump of 5 to 6.5 BAR depending on make, model, and factors such as turbocharging, etc. That’s roughly 75 PSI and up.
The CIS injectors pop open around 45 to 50 PSI.

Main issues with CIS (and VW in particular) is; injector seal leaks, cracked plastic injector seats, and the control pressure regulator acting up. The former is particularly notorious for air leaks and any air leak at all anywhere at all on the engine can cause all kinds of grief.

Injectors have never been particularly prone to dirt issues. The fuel slots in the distributor are cut with lasers to the ten thousandths of an inch and the odds of injector clogging dirt getting through there is not very high. Even new off the shelf injectors have been known to have a 30% failure rate. Start throwing in high pressure, additive laden gas, under non-stop spraying with heat involved and the injector issue becomes worse. Poor spray patterns and “peeing off” is the norm.
Bench top injector cleaner/tester with solvent sometimes helps; sometimes not.

@George_San_Jose1 - did they spell it ‘Jetronics’? Shouldn’t have an s at the end.

The fuction of Jetronics is a piece of cake, along with Syncro Tools for carbs and a Tuning Hammer for wire wheels.
Now if someone could just explain to me how my digital display and BlueTooth function, that’s a genius!

The entertainment center manual tells exactly how to operate everything. Page 17 through 97 has all the info.

And not all of them were CIS

did they spell it ‘Jetronics’? Shouldn’t have an s at the end.

Could be wrong, but I believe the question was phrased as , “Jetronics”.

Oops, take that back. According to the following link this is how it was worded:

TECHNOLOGY ($800) Jetronic increased power & mileage in 1967 as the first workable electronic system for this auto process, sending the gas to the engine.

I don’t think the hostess was able to reach the end of the question, ending before “sending the gas to the engine”. But the contestants could read the question in its entirety I think. The smart guy didn’t venture a guess. One of the contestants guessed “internal combustion”, which of course caused her to lose money. 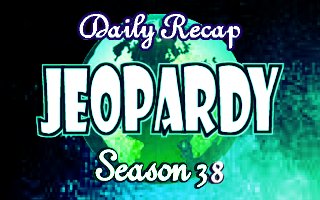 Main issues with CIS (and VW in particular) is; injector seal leaks, cracked plastic injector seats, and the control pressure regulator acting up.

Injectors have never been particularly prone to dirt issues. The fuel slots in the distributor are cut with lasers to the ten thousandths of an inch and the odds of injector clogging dirt getting through there is not very high.

I had the o-ring problems you mention from time to time, but those were fairly easy to replace. As you intimate, fuel clogs usually occurred in the fuel distributor, not the injectors. I never had an injector clog up myself.