So I did a stupid thing – I put a gas-powered pressure washer in my backseat and it dribbled gasoline on and UNDER the seat of my 2014 Honda Accord Hybrid. The top of the seat was no big deal, but I didn’t realize how much had gotten under the seat until a couple days later.

This was two months ago. Since then, I’ve had the initial spill cleaned (the dealer used mineral spirits), the car interior detailed, lots of baking soda on the under-seat foam, replacement of the cabin area filter and copious use of various deodorizers. I will say the actual gasoline smell is pretty much gone – you have to put your nose right up against the seat foam to pick it up – but it’s been replaced by a toxic undertone that irritates the back of my throat, like a bass note you can’t hear but can feel (in this case, smell). I’ve taken to wearing a mask in the car and my respiratory system is very angry with me.

I’ve spoken to an upholsterer. He thinks the gasoline may be breaking down the foam. That’s the most logical explanation, and at this point I’ll gladly pay to replace the seat if necessary.

But, being the worst-case-scenario guy I am, what if it’s not the seat foam? I have a Honda engineer acquaintance; he assures me the gas vapor can’t get into the battery area. Could it get into the vents? Could it have caused mold? Could the toxic undertone be related to something else?

And, the capper, what if I can’t get rid of the fumes? I won’t be able to drive it; would anybody take this car off my hands for reasonable value – which I see as perhaps a few grand below blue book – or would I just have to take a complete hit? Remember, the car isn’t even two years old yet. I’m barely right side up.

Any thoughts would be appreciated – especially what to do with a car you owe money on but just can’t drive anymore.

If the car is parked in a sunny location with the windows rolled up during the day the gasoline will soon evaporate. In the mean time driving with the heater/AC on FRESH AIR MODE with a window open slightly should make it safe to drive.

If the gas got into the rear seat foam, you might have to replace it.

Remove the seat from the vehicle.

If the irritant abates, then you know it’s caused by the foam in the seat.

I would take the rear seat cushions out and store them in the garage or a dry outdoor place. Gasoline evaporates and won’t have time to do damage to the foam. If the smell persists permanently you may have to get a replacement seat out of a wreck if available.

In my area there are a number of upholstery shops that can do a quality refurbishing job. They mostly deal with classic cars; last one I saw was a 50s Mercedes getting new leather upholstery.

As mentioned, keep the windows open to expel the fumes.

My dad spilled some gas in his car trunk when I was 12 years old. I started driving it about 5 years later and remnants of the gas smell were still there. You need professional help (detailer) to get out all of the smell. Even that may not accomplish what you want.

I would either remove all the everything and reupholster the bare frame. You could call salvage yards for a matching replacement.

Maybe this is covered by insurance, under comprehensive? Just a thought.

Suggest to bite the bullet and just remove and replace anything that isn’t a hard surface that got the gasoline on it, fabric, foam, carpet etc.

I’ve never had the need to try this myself, but maybe something like this 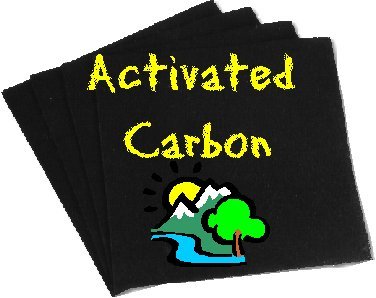 Activated carbon acts like a molecular magnet. It’s enormous surface captures and holds gases and odors. It adsorbs odors from pets, cooking, cigarettes, and chemicals. Activated Carbon can be used to ...

After many years working on vehicles with the smell of gasoline constantly in the air the odor doesn’t bother me unless it is strong enough that I worry about the fire hazard. And while I wouldn’t say the odor is harmless there is a threshold of ppm at which the fumes are considered noxious and if considerably below that it would be safe to ignore it. Of course if the odor of gasoline is unbearable then I would agree that removing the rear seat and carpet and replacing it with recycled parts is the best possible solution. A rear seat out of most 2 year old wrecked vehicles would be like new. And for now, if the rear seat is not needed take it out now while waiting for a replacement.

I’d say that once foam becomes saturated with gasoline the foam needs to be replaced and if that means the seat then so be it.