A few days ago my 98 Cutlass had to be towed because of a broken brake line. It was towed 35 miles to my mechanic. Two fuel lines needed to be replaces and i guess it was a real problem getting to stuff to fix. When I picked the car up tonight I noticed that the fuel gauge didn’t work right. When the key is off the needle points straight down toward the floor. when I turn on the ignition, the needle moves up and pins itself against the little metal pin below the “E” and can’t go any higher. The only cause I can think of is that the needle bounced over the pin while it was being towed and when I turn on the ignition it tries to move to where it is supposed to but is stopped by the pin. The only way I can think of to fix this is to turn the car upside down and rotate it counterclockwise until the needle moves back over the pin.

Weird that it can just pop over a stop like that but it sounds like you got it right. It shouldn’t be over there.
Can you get to the inside of the gauge somehow? Does the glass pop off?
If so, I’d carefully try getting it over that stop.

Edit - never having heard of that happen, I googled it and found this link, which should be helpful to you: 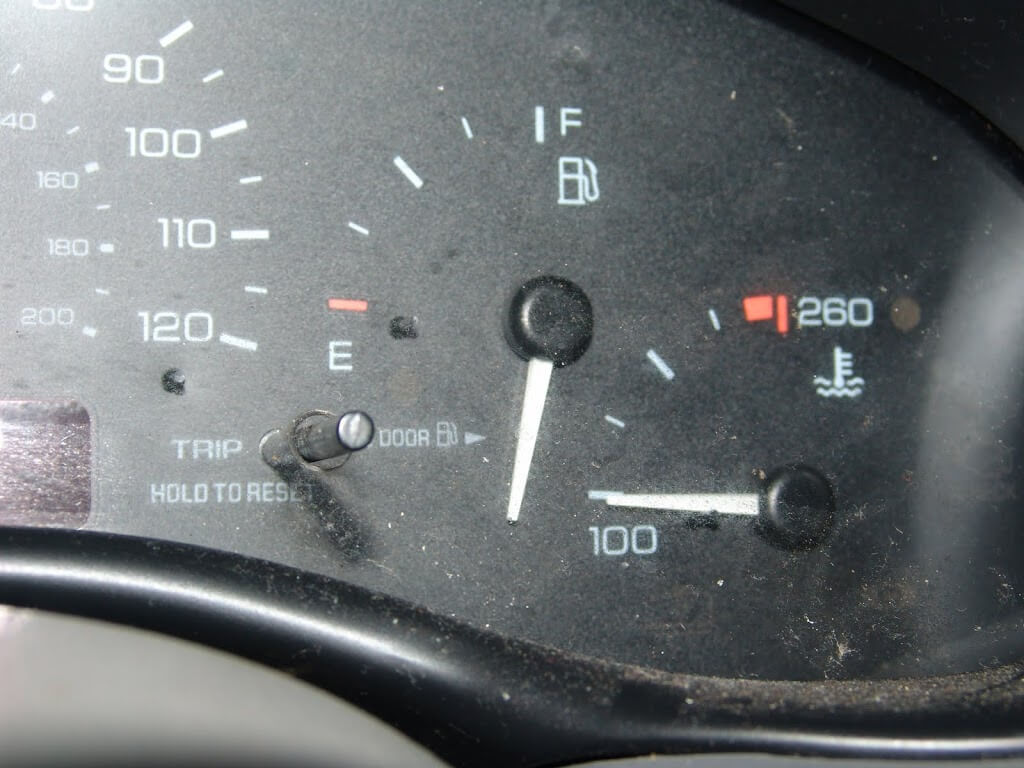 Uh OR remove the gauge cluster and replace or repair it…? The other way is like, removing your roof and holding a light bulb suspended from a tree while rotating your house around in a circle until it seats…you get the idea…no?

After I posted that edit, come to find out that this is a common problem on Cutlass cars.
Seems to be a stupid thing to not have fixed in the design, imo.