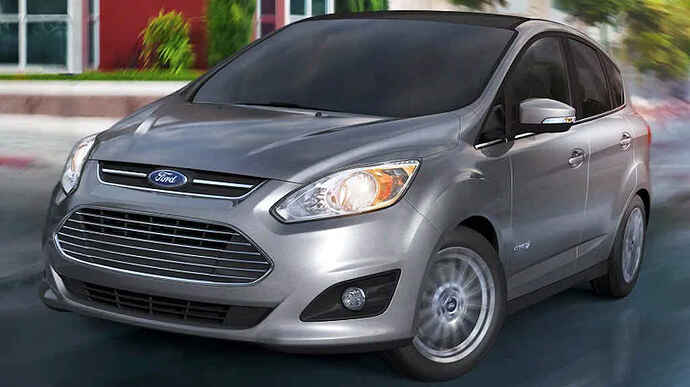 It serves as a warning for carmakers who like bloating figures.

Just so you know, if you go to buy an appliance like a vacuum cleaner and it says 4 horsepower motor, it’s a lie. The maximum available power from a wall socket is 1440 Watts, which is a bit under 2 horsepower. If you’re buying from China online, don’t forget that ONE US or European Watt or battery amp hour capacity is equal to 2 or 3 Chinese! As I’ve been saying, you can’t take car makers at their word either.

The fine is chump change for the cost of doing business. " Ford CEO Jim Farley received total compensation of $22,813,174"

The maximum available power from a wall socket is 1440 Watts

Wanna show the math on that?

The electrical code limits appliances by law to 12 Amps, or 15 Amps for limited duty cycle or single outlet circuit only equipment like microwaves and air compressors.

Wanna show the math on that?

We already know the SNOWMAN can’t do math;.

The electrical code limits appliances by law to 12 Amps, or 15 Amps for limited duty cycle

Would you like to explain the existance of this corded 120v intermittant product that draws 19 amps? Are they code violators?

The electrical code limits appliances by law to 12 Amps

" Many hair dryers require about 1,875 watts, or 15 amps "
Why Does My Hair Dryer Trip My Circuit Breaker? | Prairie Electric.

I suppose this blow dryer is also illegal?? 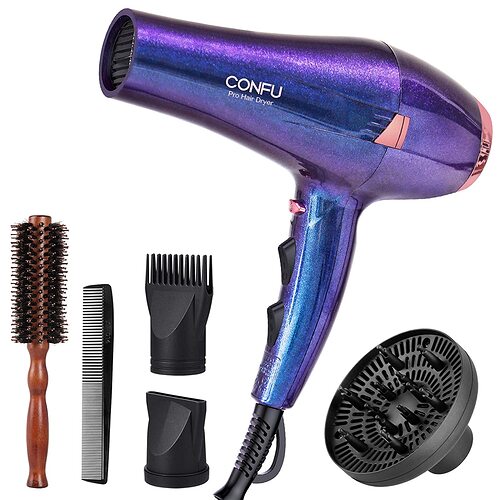 Would you like to explain the existance of this corded 120v intermittant product that draws 19 amps? Are they code violators?

Guess the electrician put in a 25 amp circuit for my wifes blow dryer that kept blowing wahtever circuit circuit needlessly.

Over 20 Amps would be a code violation. With 12 AWG wiring you can go up to 30A before anything actually catches fire though. But 16 AWG extension cords do melt and cause fires when people plug them in to circuits where someone carelessly screwed a 30 A fuse in to the fuse socket.

I’m not going to read everything but this is 6th grade.
Amps times volts equals watts. A 20 amp circuit will handle 2440 watts. 20 amp required for kitchens, bathrooms etc. not all at the same time though. Those super hair dryers now are a challenge. My mig welder is on a 30 amp. Some require their own circuits like furnaces. I’ve strung a lot of wire.

Does the plug on that hair dryer have two vertical prongs? It should have a horizontal one to require a NEMA 5-20 outlet to be code compliant. I’d imagine it’s not UL listed. You can order stuff out of China that isn’t.

Some of those Chinese non UL listed phone chargers are hazardous. There is no primary and secondary winding separation in the transformer, so if it fails the phone is now directly connect to 120 VAC mains. People can be electrocuted by them.

Standard plug. Ul listed. Even my welder that plugs into 30 amp outlet Ian standard plug. Outlets have the little cutout but plugs are standard until you get to 220.

The cord for my camper has a plug for 30 amp service, I use an adapter to connect to a 15 amp outlet. 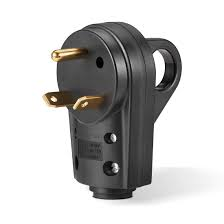 Over 20 Amps would be a code violation

You are wrong. 25 or 30 amp 110v circuits can be installed with 10 ga wire. My post alone contradicts your assertion that is illegal to exceed 1440 watts. No 2000 watt blow dryer is made with 16 ga wire nor is a 19 amp compressor so equipped.

Shape of the two common type of household wall outlets. Left is 20 amp, right is 15. Electricians recommend to use them at 20 % less than spec’d, for extra safety. So the 20 amp outlet recommended for no more than 16 amps. The wire in the house’s wall from the outlet to the circuit breaker is thicker for the 20 amp outlet than the 15 amp. An appliance that requires 20 amps should have the shape of plug that will only plug into the 20 amp socket; i.e. that sideways t shape on one prong. Whether the house’s panel circuit breaker trips or not depends on the sum of the current in all outlets that feed into the same circuit breaker. Circuit breakers work by measuring how hot they get, more current means they get hotter, and faster. A circuit breaker may allow more than the rated current for a brief time and not trip, b/c it takes time to overcome the sensor’s thermal mass.

Those are gfi outlets that trip if you ground out so you don’t get electrocuted. I don’t have anything with a 20 amp plug and the outlets used to be rare except for commercial.

Those could also be arc-fault protected outlets, too. Or dual arc-fault and gfci.

And it uses a regular NEMA 5-15 plug? Actually there’s an exemption for welders in the electrical code. The fuse for a welder circuit can be double the amperage. The NEC is crazy.

The cord for my camper has a plug for 30 amp service, I use an adapter to connect to a 15 amp outlet.

That’s why the NEC regulations are pointless. A vacuum cleaner can’t draw more than 12 Amps, but you can plug in an extension cord and plug in two vaccum cleaners and draw 24 Amps. I believe the individual outlets on a duplex NEMA 5-15 are only required support 12 Amps, but they usually handle 20 Amps today.

Mustangman, can you install a NEMA 5-15 or 5-20 outlet on that 30A circuit with 10 AWG wire and be code compliant? I highly doubt it. It looks like you didn’t research the electrical code at all.

20 amp plug and the outlets used to be rare except for commercial.

The 20 amp receptacles are pretty common in hospitals and medical clinics in these parts. Medical equipment must draw a little more power than a typical home appliance. I don’t recall ever seeing a 20 in a private residence, but newly built homes may have have them.