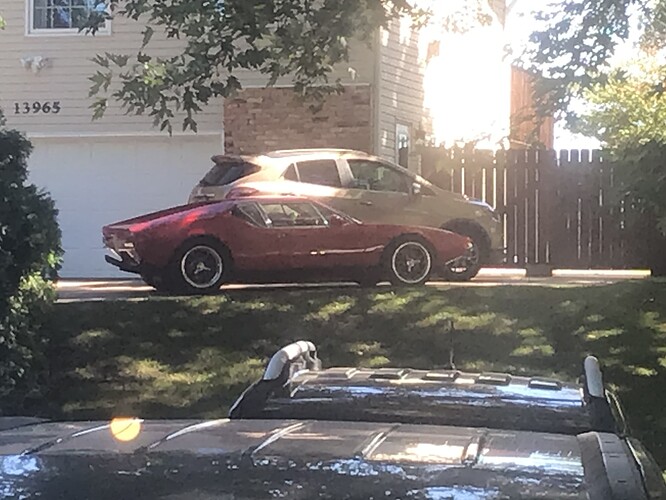 The Pantera came out near the end of my college career. One of my Fraternity brothers, a year older, went to work for Ford in Ohio. He said that there were cross hatched spots for executives with company cars and that the parking spot markings were so that all employees would know which cars were executive perks. After a year or two those cars were all sold, and he said that a few spots had Panteras in them.

The Ford GT 40 (1964) beat the Ford powered de Thomaso Pantera (1971) by 7 years and Corvette by 56 years. Very small numbers, sure, but de Thomaso didn’t build too many Panteras either.

I recall reading a review of a DeTomaso (I can’t recall whether it was a Pantera or a Mangusta) many years ago, and the writer stated that the entire under-dash A/C assembly fell onto the car’s floor soon after he began driving it. I’m pretty sure that this led to the total evacuation of the refrigerant. Apparently the build quality of De Tomasos was…
not so good…

Apparently the build quality of De Tomasos was

Back in the 80s the MAC tool man here had a Pantera. I seem to remember he mentioned it was prone to overheating at times.

A now deceased local also had an original Ford GT 40 but he also owned everything else in the world including a race car team he traveled the world and drove with along with a Holman Moody chief mechanic, exotic animals, a vintage aircraft museum, high end firearms shop for those 80 grand shotguns, aircraft stunt plane manufacturer, bank, car dealerships, and a dozen or so other endeavors. How many can claim to own a Messerschmitt BF-109 along with about 30 or so other aircraft…
By all accounts a good guy and living the life.

I’ve been behind that GT a few times at sundown and it was kind of neat to watch the flames belch out of it and hear it wind up. It was an endurance car but he had it fitted as a road car with a full leather interior and A/C.
Unfortunately, it wound up in the hands of a teen aged house sitter one night and ended up mangled after rolling end over end over a 1000 feet; and the state patrol said they were doing 35 MPH…

Eventually restored in the U.K and is 1 of 2 factory lightweights. 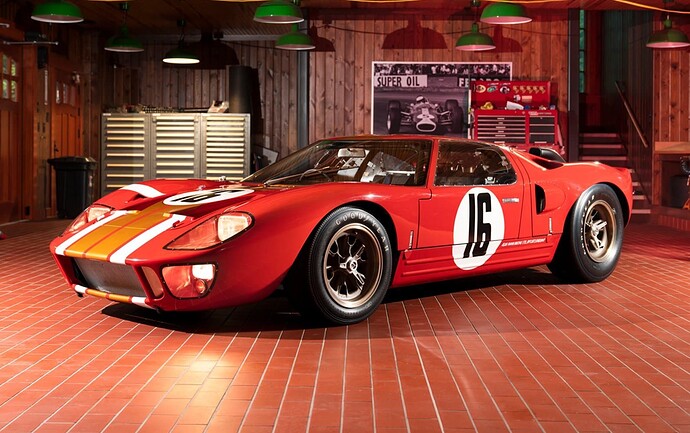 Saw my 2nd c8 today. Where are they hiding? I used to drive 1 hr to work on loop around town. Saw many nice cars. No more

There’s a few around here, the one at the local dealer came via auction from Canada, Last check they were at $20K over for a 2lT with 600mi.

I have seen tons of Corvette C8s. I know a couple of people who own them. Pretty common around here but then so are Bentleys, Maseratis and Ferraris.

Saw my 2nd c8 today. Where are they hiding?

Down the street from me. A new neighbor has a white one parked in front of his house. I wonder about why it isn’t parked in the garage. Not only that, it was parked on the street the last couple of days.